In 1810, Nathanial Rochester deeded four acres of land, including land known as the village square and old cemetery grounds, to a “Union Society.” the Union Society, however, never had a legal existence. In the 1840s, many of the markers were removed, but the remains never exhumed. In 1889, another 35 headstones were removed. Many headstones were transferred to Greenmount Cemetery and stored behind a barn. These stone were inventoried in 1954 by Town Historian Wutz Rauber with assistance from the Boy Scouts. Remains continued to be discovered at this site as late as 1953. The first known burial on this site, now known as Pioneer Park, was Revolutionary War veteran Captain Nathaniel Porter in 1797. Porter was the father-in-law of Captain Daniel Faulkner, for whom Dansville is named. 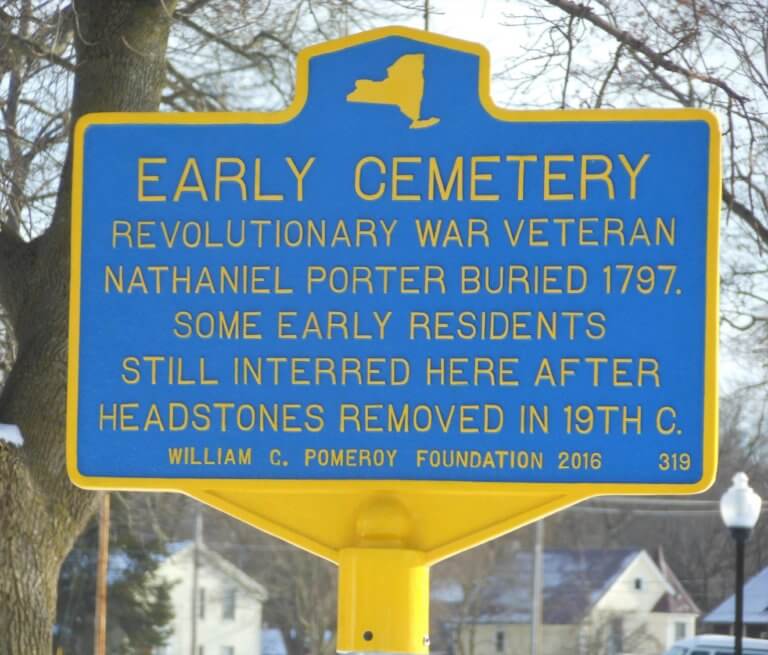 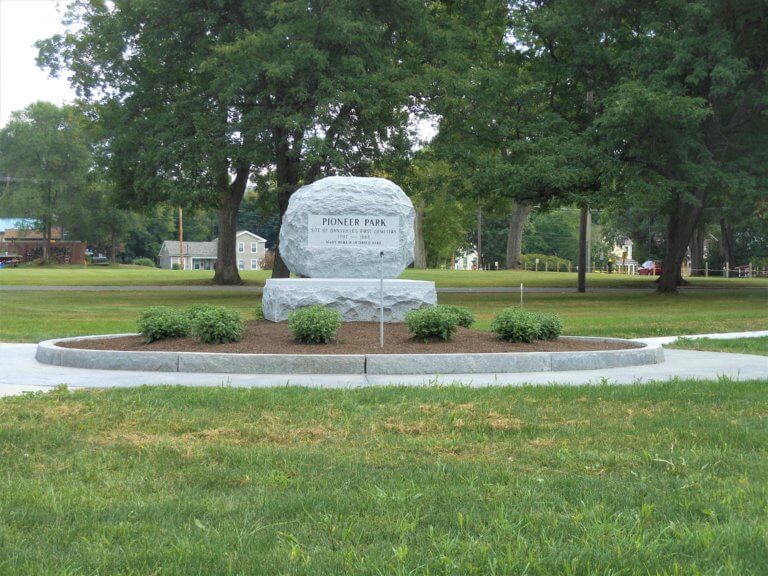