In the Town of Taylor, along Pond Creek, lies the site of one of the first mills owned and operated by Heil Tanner and his family for over 140 years.

The Town of Taylor was originally part of the Town of Solon until 1849. According to the 1869 Gazetteer and Business Directory of Cortland County, NY, Ezra Rockwell and his two sons, Ezra  Jr. and Thomas were among some of the early residents of Solon, arriving in the 1790s. In 1814 Thomas and his brother bought parts of lots 99 and 100 in Taylor (Deed, Cortland County, NY Clerk’s Office, 1 Sep 1821). As stated in H.P. Smith’s 1885 book, History of Cortland County, Thomas built one of the first sawmills located in Solon (now Taylor). According to an 1876 map of Taylor, the mill was situated along Pond Creek in the center of town. This location allowed for ample production and business and enhanced the overall success of the mill.

A deed dated July 14, 1848 shows that Heil Tanner from Otsego, New York, purchased half of lots 99 and 100 from the brothers. He later bought the remaining halves of both lots on May 1, 1855. Tanner continued to run the mill located on his property. A 1869 Directory of the Township of Taylor it lists Tanner as a carpenter and property owner of a gristmill, saw mill and cider mill.

Heil Tanner passed away in June of 1898, as reported in the Cortland Standard. Prior to his death, Tanner and his wife transferred their property to their daughter Mariva J. Breed on August 24, 1887. The property remained within Tanner’s family for several more generations until May 18, 1995 when it was finally sold outside of the family.

As of 2019, nothing remains of the mill along Pond Creek however its history, along with the Tanner family, are still remembered in Taylor. 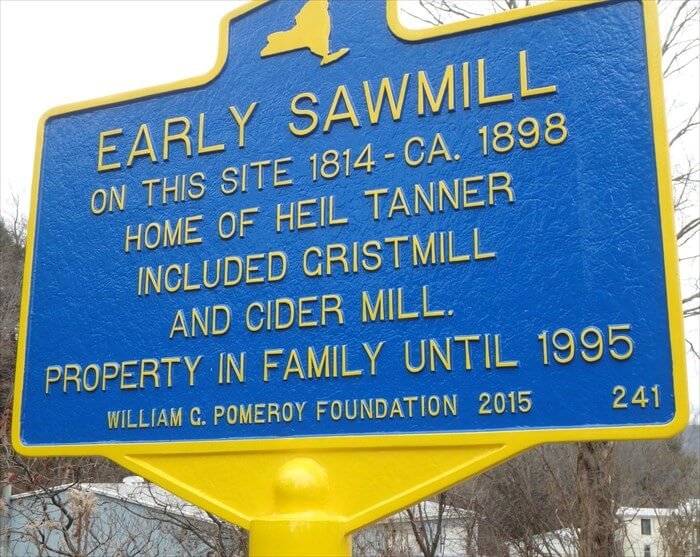