This early tavern, located in the Town of Austerlitz, opened around 1829 and eventually became the Harvey Hotel from 1870-1915 and was later known as the Columbia Inn from 1921-1951. It not only provided lodging for travelers but additionally served as a polling place and featured a popular dance pavilion that attracted locals.

When the tavern was first opened, America was known for being a country that favored its alcohol. In The Alcoholic Republic: An American Tradition (1981), W. J. Rorabaugh stated that when travelers from other countries visited the U.S. they were shocked at the amount of alcohol consumed daily. Majority of the drinks that Americans favored were distilled liquors—or “spirits”—such as whiskey, rum, gin, and brandy, and it was reported that for the first third of the century, “the typical American annually drank more distilled liquor than at any other time in our history.” To achieve such a feat, Rorabaugh states that between the years 1800-1830 the annual per capita consumption rate was five gallons of liquor, with such an increase being attributed to factors such as improved distilling technology and the growth in popularity of whiskey.

While a lot of the drinking was done at home, The Alcoholic Republic states that taverns had become popular spaces for residents to gather and drink together. Known also as public houses, taverns were originally opened as places for travelers to “obtain refreshment,” but in an attempt to supplement income, they also needed to attract local people. Those local residents that did frequent the public house were said to have gathered around a potbellied stove to discuss anything from the crops and weather to politics, all while drinking. The drinks, according to Rorabaugh, were shared amongst the men, and by the end of the night, each man would have drank the equivalent of half a pint.

The tavern in the Town of Austerlitz functioned as the gathering place for spirits and discussion until the building was turned into a hotel and eventually an inn. As of 2019, the marker stands in front of the original building, which now serves in a residential capacity. 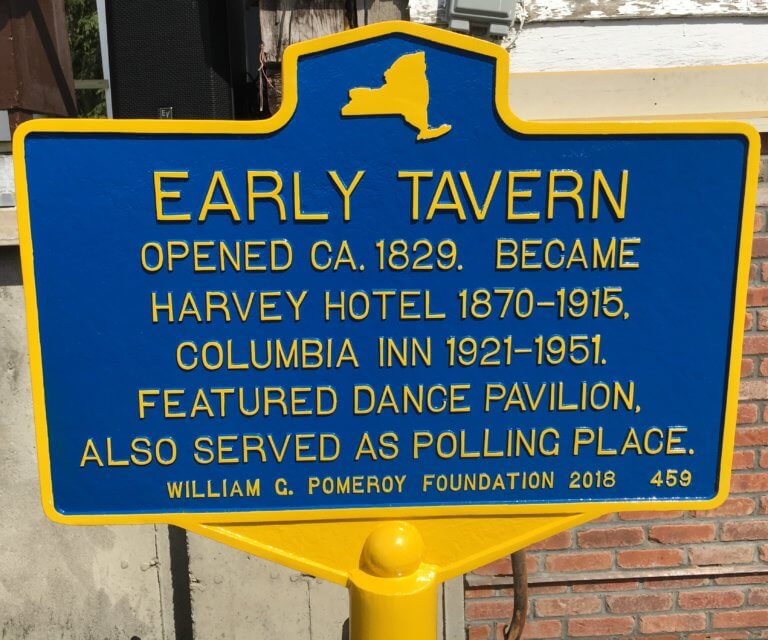 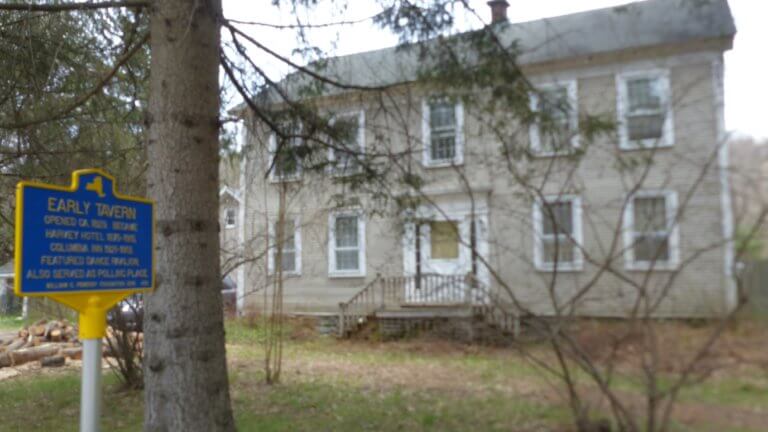