In 1788 the State of Massachusetts conveyed land in Western New York State to Oliver Phelps and Nathaniel Gorham for the sum of $1,000,000. The land included 2,600,000 acres in what is now Stueben, Yates, Ontario, and parts of Wayne, Monroe, Genesee and Livingston counties. Phelps and Gorham had the land surveyed and divided into ranges. Local legend has it that Eight Mile Tree was on the border of the Town of Avoca and marked by surveyors for the purpose of designating the distance from the Town of Bath. Bath was designated as the county seat and was the point from where all measuring commenced. Eight Mile Tree is believed to have been located on this site, though it is no longer standing. 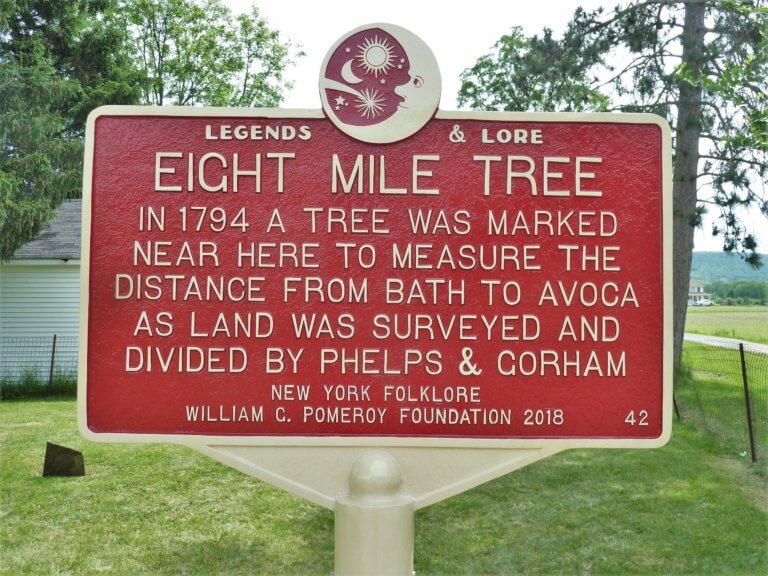 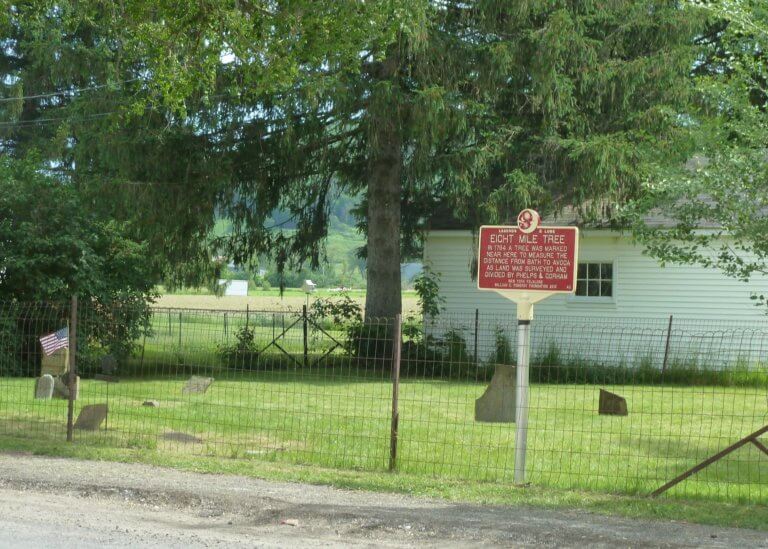