COOKE-DORN HOUSE
The Cooke-Dorn house was the last home of attorney Eleutheros Cooke (1787-1864) who served four years in the Ohio legislature and one term in the 22nd Congress of the United States. An early proponent of railroads, Cooke received one of the first charters granted to a railroad west of the Alleghany Mountains, for the Mad River & Lake Erie line. He and wife Martha had six children, four of whom lived to adulthood. Two rose to prominence in the Civil War era. Jay was a successful banker and became known as the “financier of the Civil War” for his efforts to secure loans from Northern banks to support the Union’s war effort. Henry was appointed as the first governor of the short-lived Territory of the District of Columbia in 1871 (which was replaced in 1874).
ELEUTHEROS COOKE
The house is named for its first and last private owners. Built for Eleutheros and Martha Cooke in 1843-1844, this Greek Revival home was originally located on the corner of Columbus Avenue and West Washington Row. Rush Sloane dismantled and reassembled the house at 1415 Columbus Avenue in 1879-1880. Once moved, his son Thomas and daughter-in-law, Sarah Cooke Sloane, grand-daughter of Eleutheros and Martha, lived here. Judge Roy and Verna Williams became the third owners in 1922. Randolph and Estelle Dorn bought the house in 1952. The Dorns made renovations that blended 1950’s décor with 19th century architecture. Notable elements include the fanlight doorway, crenelated roofs, and frieze board windows. The house was listed on the National Register of Historic Places in 1982. The Dorn estate bequeathed ownership to the Ohio History Connection in 1994.
WILLIAM G. POMEROY FOUNDATION
THE OLD HOUSE GUILD OF SANDUSKY
THE OHIO HISTORY CONNECTION
2019 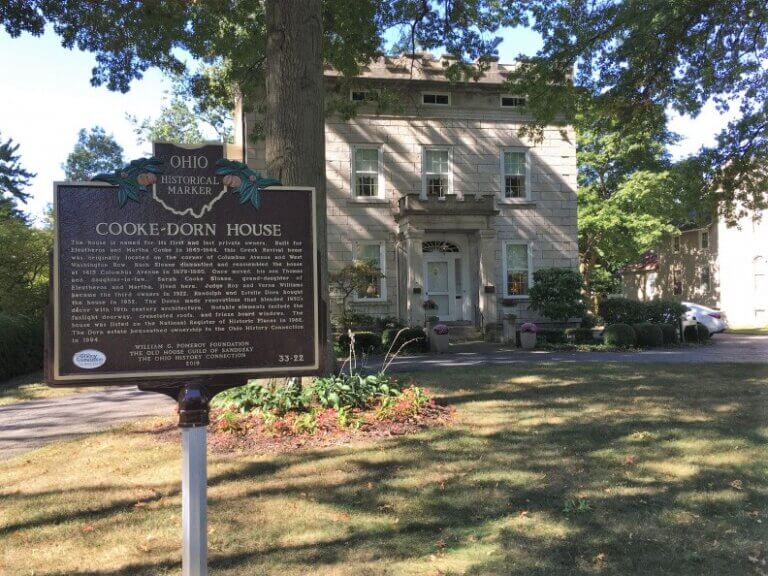 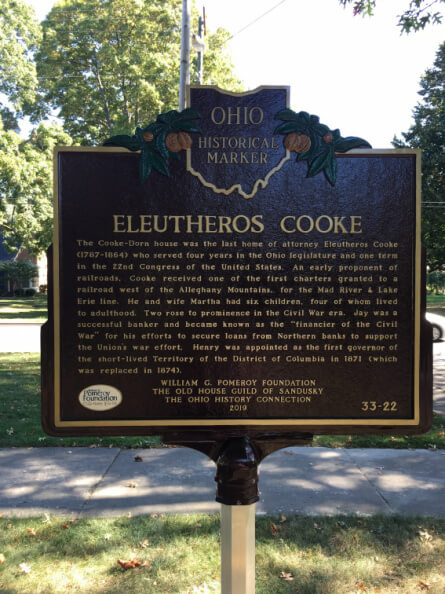