On May 5, 1788, John Thurman Jr. purchased 25,000 acres of land for 1,400 pounds sterling, naming it Elm Hill. He continued to add to his holdings, and eventually owned more than 100,000 acres in the Adirondacks, comprising most of Warren County and parts of Washington, Essex, Clinton, and Montgomery counties. A grist mill, sawmill, potash factory, distillery, and carding mill were among the operations at Elm Hill. He was killed by a bull in 1809, and most of his enterprises closed shortly afterwards, with the exception of the saw and grist mills.

John Thurman Jr. was born in New York City in 1730, to a family of means. The first national census, taken in 1790, recorded three Thurman families in New York State at the time, one being John Thurman in Queensbury, in what is now Warren County, who had a large family and one slave. Another John Thurman Sr., likely his father, lived in New York City with a family of two as well as four slaves, while Sarah Thurman headed another household with five children and three slaves. In New York at that time, slaves were relatively rare and typically served as domestic servants for the few families who could afford them. This fact attests to the wealth of the Thurman family and the comparative luxury they lived in. (Writers Program, WPA, 1942)

Thurman maintained a business presence in New York City until the end of his life with an office at 275 Pearl St. in Manhattan. He mentioned in an 1807 letter that one of his agents, Mr. Van Wyck, was tasked with maintaining his affairs there from a nearby office. (Thurman’s Letterbook, NYS Archives) Living up to his reputation as a salesman, Thurman would reportedly induce New York City residents to settle on his lands in what is now Warren County by showing them hazelnuts which he suggested were grains of wheat from his fields. (Writers Program, WPA, 1942)

On May 5, 1788, shortly after the American War of Independence, a deed was issued by the New York Land Office to John Thurman Jr., recording the sale of 25,000 acres of land in the Totten and Crossfield patents to him. This would become the basis of his large land holdings and settlement building in the area. Soon afterwards John Thurman Jr. began clearing land and opening enterprises, spurring settlement of the areas north and northwest of Queensbury, which was then part of Washington County and covered most of the later Warren County. He established his first clearing at Elm Hill, about one mile southeast of Johnsburg corners in 1790, and also began clearing his second site, Beaver Brook, the same year. (Thurman’s Letterbook, NYS Archives) Letters to one of his agents at Elm Hill, William Cameron, discuss the various economic activities which were rapidly established there, including a grist mill, a distillery, a potash factory, as well as farming and animal husbandry. By 1797 he was receiving letters regarding shipments of cotton for his calico printing operation (Thurman’s Letterbook, NYS Archives), which was one of the first in the country. (Writers Program, WPA, 1942)

The boom in economic activity resulted in a rapidly accelerating deforestation of the area, and New York only began passing laws restricting wanton timber cutting in 1885. Thurman’s ash-works went hand in hand with this frenzy of clearing, as local farmers could make ready cash by selling excess lumber to make potash. Before the discovery of potash deposits and mining, potash was made by boiling or leeching the ashes of lumber to extract the potassium material called potash, whose many applications include the making of gunpowder, industrial uses, and most importantly crop fertilizer. At the time, potash could bring in two to three dollars a ton, which is more considerable when nearly 200 years of inflation are taken into account. (Writers Program, WPA, 1942)

At Bolton Landing on September 27, 1809, John Thurman died after being gored by a bull. His remains are buried at Wevertown Cemetery in Wevertown, NY. (Headstone, Wevertown Cemetery) All of his many enterprises closed after his death, except for his saw mill and grist mill. While his impact on the area’s economy proved short-lived, local toponyms continue to carry his name. The areas north and northwest of Queensbury, where Thurman settled, were divided into a number of towns in 1792, including the town of Thurman, which was founded on April 10 of that year, and was named after John. Later, the town of Thurman was divided into Bolton, Chester, Caldwell, Warrensburg, and Johnsburg. The remainder of Thurman was renamed Athol in 1813, the same year Warren County was split from Washington County. Johnsburg, established in 1805, was also named after John Thurman Jr. Athol was again split in two in 1852, creating the towns of Stony Creek and Thurman. (Writers Program, WPA, 1942)

A historic marker, funded by the William G. Pomeroy Foundation, was erected at the former site of John Thurman’s estate of Elm Hill in 2014. 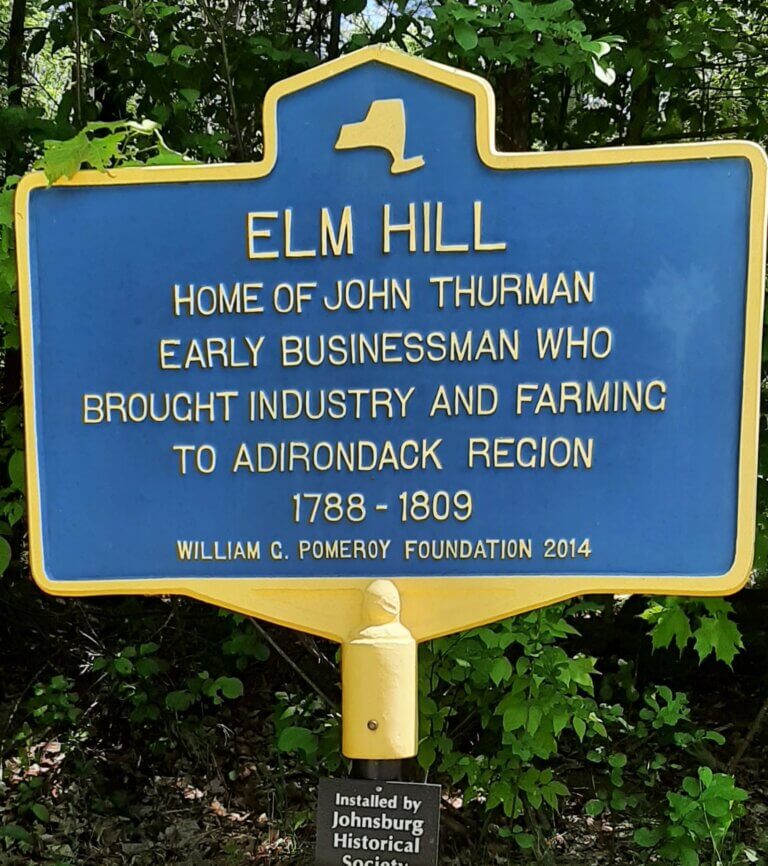 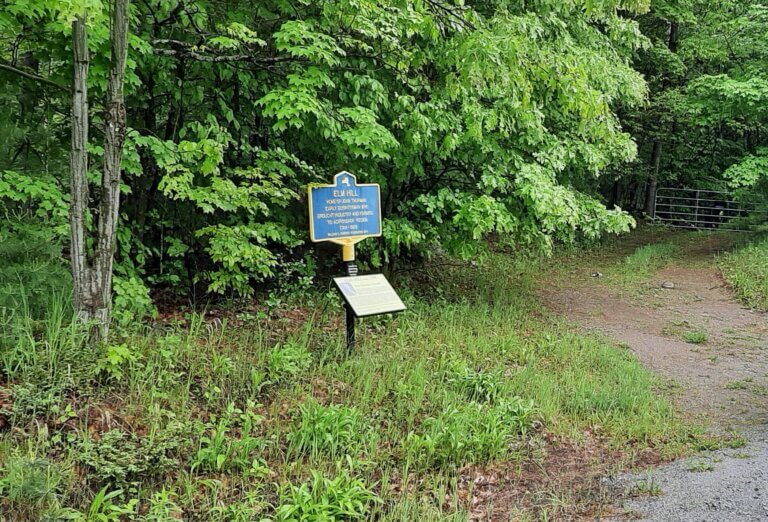