Elmer Babcock was 21 years old when he enlisted in the United States Army. He was killed in action one year later at the Battle of Little Bighorn, also known as the Battle of the Greasy Grass or Custer’s Last Stand, in Montana. He is buried at Last Stand Hill, on the Little Bighorn Battlefield. 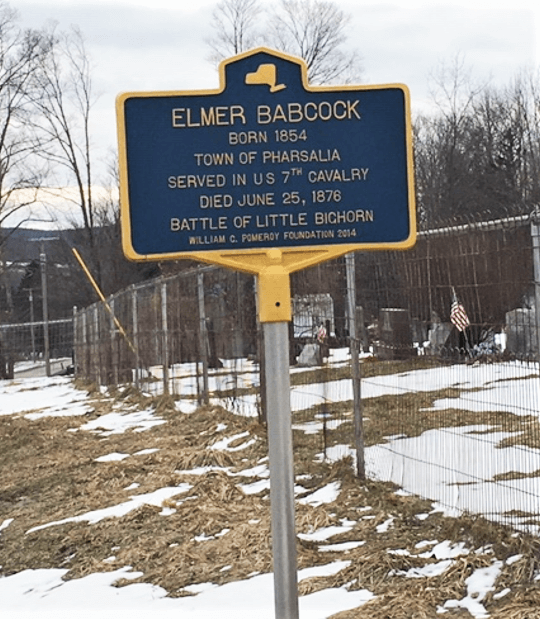