Pioneer Street, in front of the Church Sanctuary, Cooperstown, NY

To celebrate Emancipation Day in New York State, around 60 people of color gathered at the First Presbyterian Church to listen to community leader, farmer, and speaker Hayden Waters. The gathering took place on July 4, 1827, when slavery in New York State legally ended.

Since the American Revolution and the formation of the United States, slavery was a hotly debated topic and a significant issue that divided the country. During the late 1790s, many Northern states began the process to abolish slavery. Eric Foner’s 2015 book entitled, Gateway to Freedom, discusses how New York approached abolition. It was an extremely slow process as the government wanted to appease slave owners. A major legislative step was taken in 1799, when the state passed a gradual abolition law that, “freed slave children born after July 4, 1799, but only after they had served ‘apprenticeships’ of twenty-eight years for men and twenty-five for women.” In 1817, New York went one step further and announced that, “all slaves who had been living at the time of the 1799 act would be emancipated on July 4, 1827” (Gateway to Freedom). For many people of color, that date became known as Emancipation Day.

A group African Americans in Cooperstown decided to hold a public celebration at the Presbyterian Meeting House to celebrate their imminent freedom. A June 11, 1827 issue of The Freeman’s Journal relays the details. Originally, they had decided to hold the festivities on July 5, rather than July 4 since “white citizens usually celebrate the 4th, as the Anniversary of their National Independence,” however plans were changed at the last minute and the celebration was moved to July 4th. In a later edition of The Freeman’s Journal, the event was described as follows “they met, to the number of about sixty, and marched to the Presbyterian Meeting House, with music and their banner flying, where an address was delivered by Hayden Waters.” An article from The Watch-Tower, published on July 9, 1827, reports that, “Mr. Hayden Waters, a man of color and an industrious farmer, delivered an Oration to his brethren on the occasion. Good order and propriety marked all their proceedings.” The article also mentions that a large group of white citizens assembled near the church to witness the events. 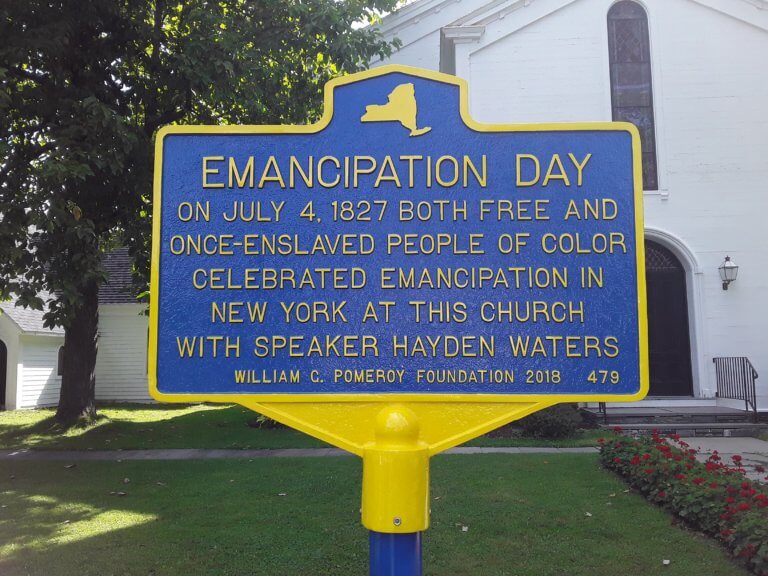 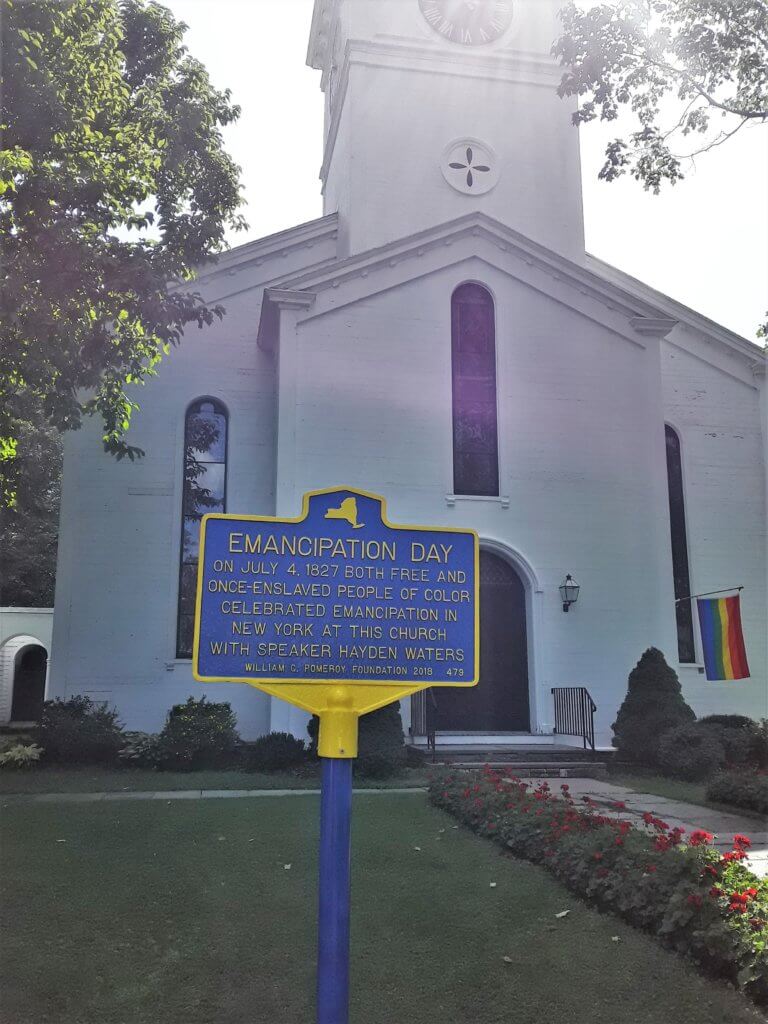