St. Mary’s Church was founded ca.1867. The church building was a gift of former resident and British Parliament member, Colonel J.H. Puleston and his wife. It was later rebuilt in 1971.

According to Rev. Edward Wisbauer who completed 1984 church history (drawn largely from the records of Fr. John Tilley, who served the church from 1917 to June 1941):

For a short time prior to 1867 in the wake of the Civil War, Episcopalians in Long Island’s rural Lake area worshipped in the Lake Ronkonkoma Schoolhouse at Five Corners. … According to records of Father John Tilley, in June of 1867 a meeting was held by the congregation and plans were made to build a Church. … Father Tilley records that the mission Church was completed and the first Service held on the last Sunday of 1867.

The Parochial Reports for St. James’ Church, Smithtown, in the journal of the September 1867 Convention of the Diocese of New York help further corroborate the date of the church. In the appendix it is noted by Rev. Charles S. Williams that “The Rector has charge of St. Mary’s Parish, Ronkonkoma, recently organized.  A Church has been erected.” St. Mary’s Episcopal Church website adds that according to a clipping in the Diocesan Archives for the church, “Episcopal work in the [rural Lake] area” had begun in 1865, and the first service in the church was held in December 1867.

The property for the church was the gift of Welsh-born financier “Colonel” John Henry Puleston and his wife Margaret Lloyd Puleston, who in addition to the costs of erecting the church, donated an organ and a bishop’s chair. Margaret Lloyd Puleston’s sister was married to publisher John Bruce Ford, also a founder of St. Mary’s. The April 3, 1873 issue of the Brooklyn Daily Union placed Puleston in London at the time as “Jay Cooke’s English partner,” and said that he was mentioned in the London papers as a candidate for Parliament.

St. Mary’s Episcopal Church website notes that although it was organized as a mission in 1867, the church wasn’t formally admitted as a parish until 1972. After an auspicious beginning, underwritten by wealthy parishioners John Henry Puleston and John Bruce Ford, the church declined in 1873. This was attributed to the withdrawal of an unnamed supporter, potentially Puleston.  Although it revived slowly in subsequent years in the capacity of a summer chapel, it wasn’t until the 1920s when it flourished again, continuing to grow under the founding rector, Rev. Edward A. Wisbauer, who served from 1958-1996. The church reached its peak number of communicants to date in the 1990s, long after many other Episcopal churches in the Diocese had started to show declining numbers. In 2017, the church celebrated its 150th anniversary. 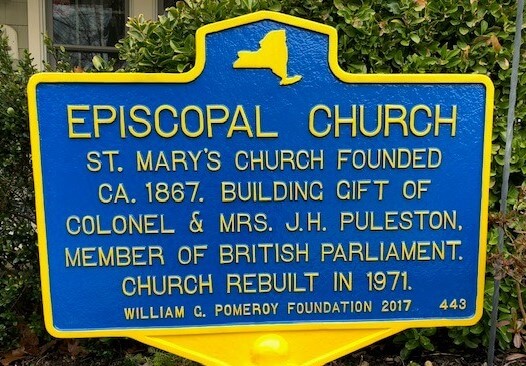 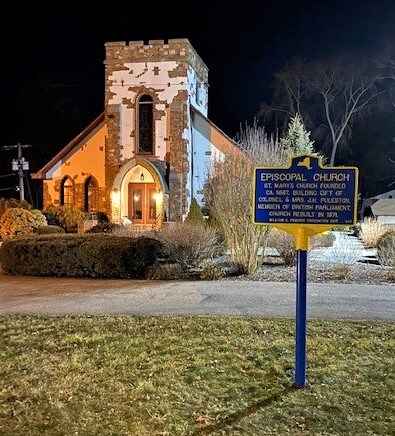