Historically, the countries of England and Ireland engaged in a power struggle which spanned across centuries. Stripped of independence and sovereignty, the Irish people’s resentment and contempt for British dominion of Ireland created opposition. The infamous Irish Potato Famine sparked rebellion in the 1840s and as the British restored order, many Irish fled to the United States. The Fenian Brotherhood, a fraternal group based on securing Irish independence and sovereignty from England, was formed within the U.S. The leaders of the Fenians believed that an invasion of Canada could serve as a catalyst to free Ireland from British rule. There were several attempts by the Fenians during the late 1860s to invade Canada from the United States, only to be repelled by Canadian forces.

Once such fateful day was on May 27, 1870. From their campsite in Malone, NY, the Irish Fenian Brotherhood, led by General George Starr, launched an invasion of Canada. They crossed the border between the two countries, cut telegraph lines, gathered provisions from the Canadian people and constructed defenses. Despite these efforts, the invasion was doomed from the start. With only a few hundred troops to aid the invasion, a lack of order and no cohesive leadership, the Fenians were quickly defeated by Canadian forces and retreated across the border back to the United States. 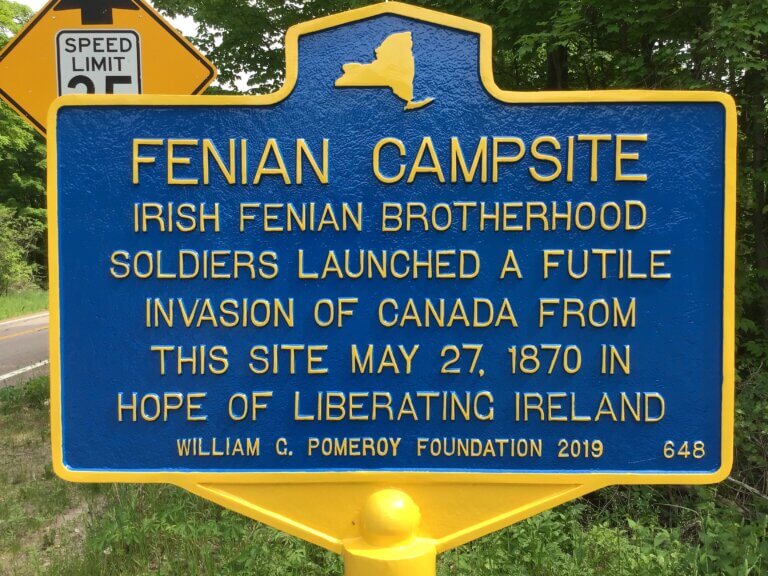