The Weedsport Fire Department is nestled in the Village of Weedsport along South Street. This location has been home to the firehouse for over 130 years.

Prior to the existing firehouse, the former fire station was considered “the old tumble-down barrack,” and “insufficient and unsafe” (Cayuga Chief, 18 Sept 1884). On December 14, 1871, this fire station was tested when a fire broke out between four and five early that morning. Within a few hours two full business blocks were destroyed, including many local stores and houses (Hartford Courant, 16 Dec 1871). In the aftermath, the fire chief felt strongly that the department should equip itself with the latest fire prevention technology. According to an equipment list which Silsby manufactured for various towns and cities, a Silsby steam-powered fire engine pump was purchased by Weedsport in 1878. With this accomplished, attention moved to the condition of the old fire station.

According to the Cayuga Chief, on November 10, 1883 construction of a new fire house was approved in a 35 to 3 vote and the old engine house was auctioned off.  Less than a year later, on May 8, 1884, the Cayuga Chief provided readers with an update that the foundation walls were being laid. By fall of that year, the Cayuga Chief reported on October 26 that the new fire station was a good investment but it was in need of a bell.

As of 2019, the fire house and original bell continued to be utilized by Weedsport firefighters. 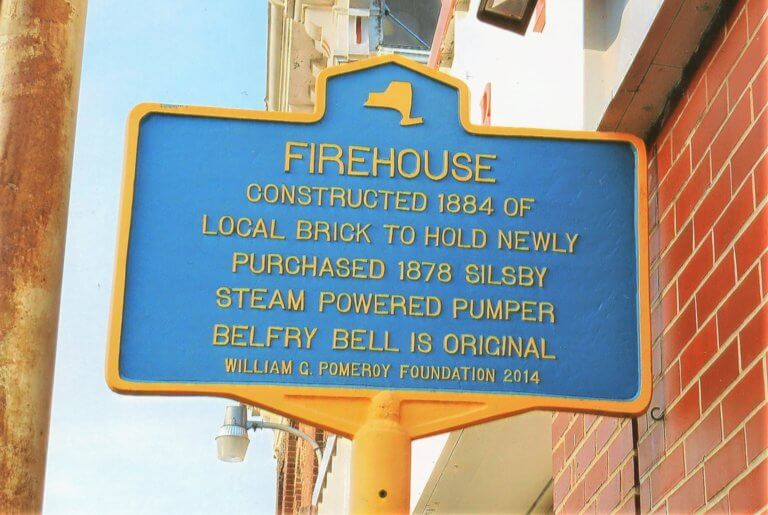 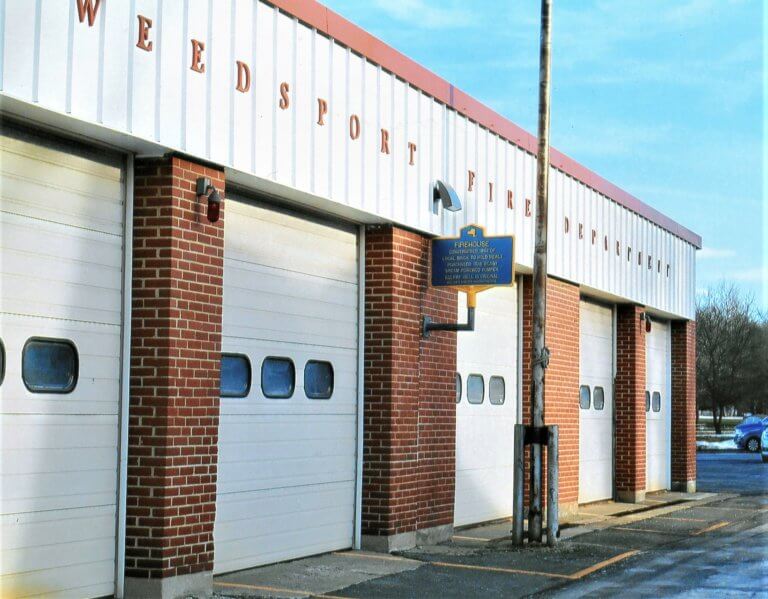