In February 1819, seven individuals met in Isaac Barnes’ home to form a Congregational Church and entered into covenant. Reverend William Hanford of the Connecticut Missionary Society provided guidance and charged the new congregation to “walk worthy of their high vocation.” Prominent members led the way. In 1832, charter member Nira B. Northrup led the Wadsworth Presbytery in releasing Reverend John Shipherd from pastoral duties to help found what would become Oberlin College. Harrison Gray (H.G.) Blake was a committed abolitionist who, as a state senator, helped repeal the Ohio Black Laws and who was a principal “station master” on the Underground Railroad. (continued on other side)

(continued from other side) Blake, who held other elected offices, originated the idea of the U.S. Postal Service’s money-order system while a U.S. Representative. Another member, Amos Ives (A.I.) Root, helped to standardize beekeeping equipment, which popularized efficient methods of harvesting honey without destroying the hive. Root also wrote many publications on beekeeping and published eyewitness accounts of the Wright Brothers’ flights. The congregation dedicated a brick church at the northeast corner of Medina’s square in April 1837. The current sanctuary (as of 2019) replaced that building in 1882. 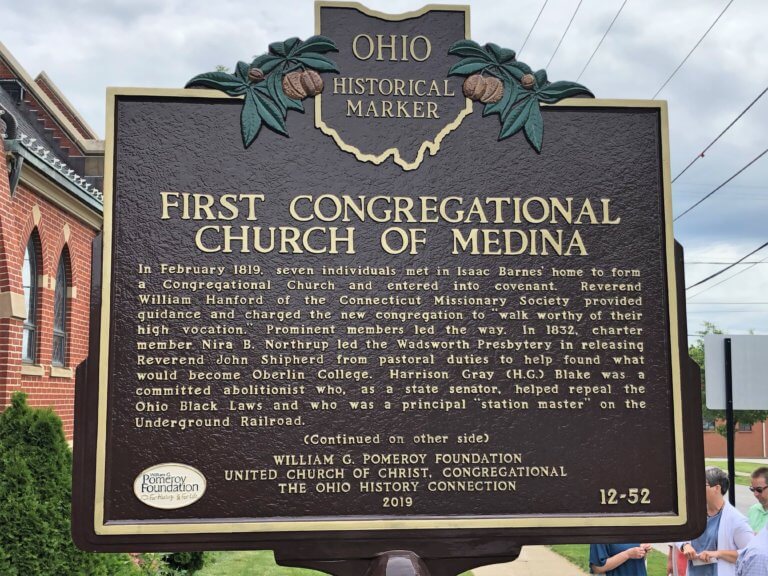 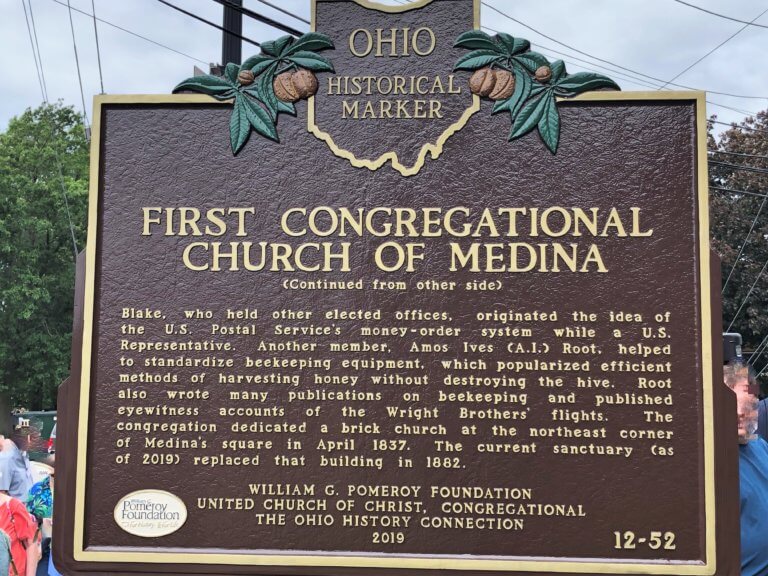 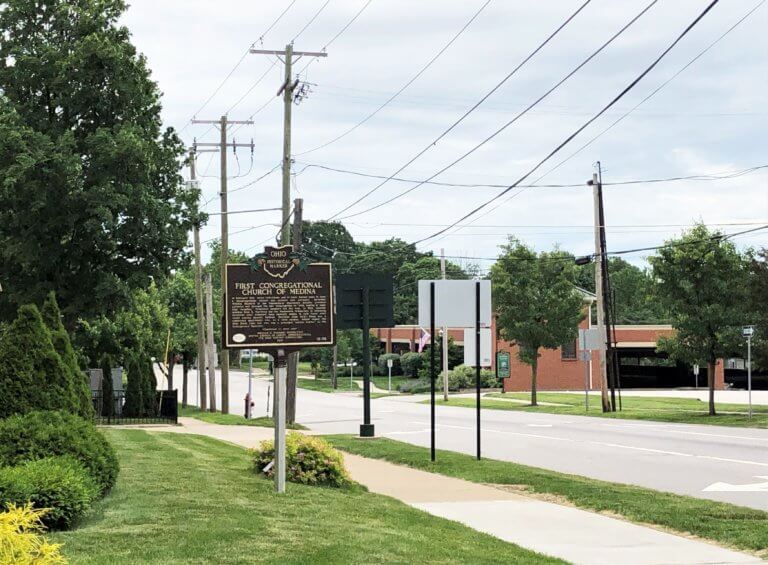