One of the most crucial ingredients to brew beer is hops, a flavoring agent in beer. During the early 1800s, hop plants were introduced in Madison County. Over the next few decades New York State became the primary producer and supplier of hops for the entire United States.

According to L.M. Hammond’s 1900 book, History of Madison County, New York, around 1806 James D. Coolidge traveled from New England to Bouckville, NY. Here, he purchased farmland from a local family and in 1808, began to cultivate hops. Coolidge is believed to be one of the first recorded people to plant a commercial hop yard in the state of New York. Over the next few years he exponentially grew his crop and supplied local home breweries. Initially farmers in the area did not see a benefit to Coolidge’s hop yard but this would soon change. John E. Smith’s 1899 book, Our County and Its People, reports that Coolidge introduced hops to the New York City market in 1816. A mere two years later, he was selling them for $1,000 per ton! Not surprisingly,  farmers in neighboring counties like Oneida and Otsego took notice and started growing their own hops crop. The opening of the Erie Canal opening in 1825 certainly contributed to the significant growth of the hops market across Central New York.

The Onondaga Historical Association relates that between 1840 and 1900 New York State led the country in hops production, with an over 80 percent share of the domestic market. By the mid-1850s, around five million pounds of hops were harvested in New York State annually. In 1880 this amount grew substantially to 21 million pounds (Oneida Daily Dispatch, 25 Mar 2015).

Unfortunately, a fungal disease called blue mold emerged in the 1880s and began to kill hop crops at an alarming rate. James Darlington’s 1984 article, “Hops and Hop House in Upstate New York,” points out that hop farmers blamed the fungus as the sole cause for the drastic decline of the hop crop in following year. By 1909, New York State officially lost its position as the leading hops producer to California and Oregon (“Hops and Hop Houses in Upstate New York”). This, paired with the blue mold, lead many farmers in Madison County to convert their hop yards into dairy farms. 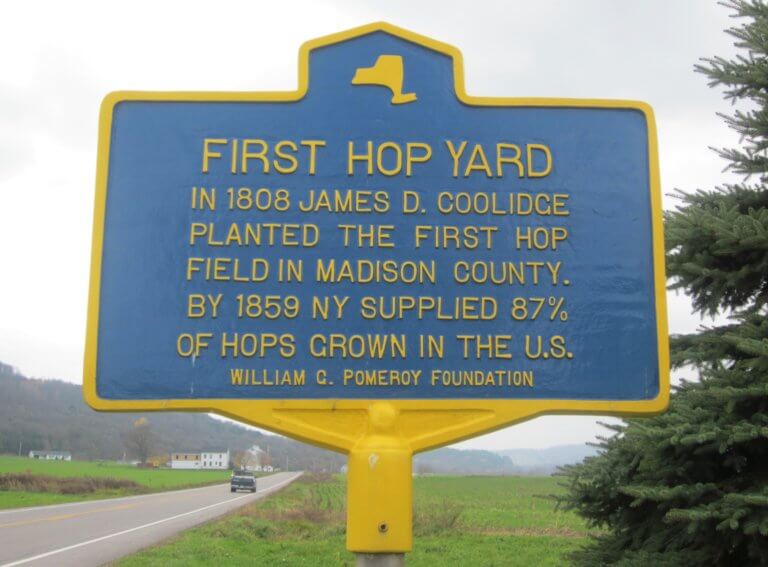 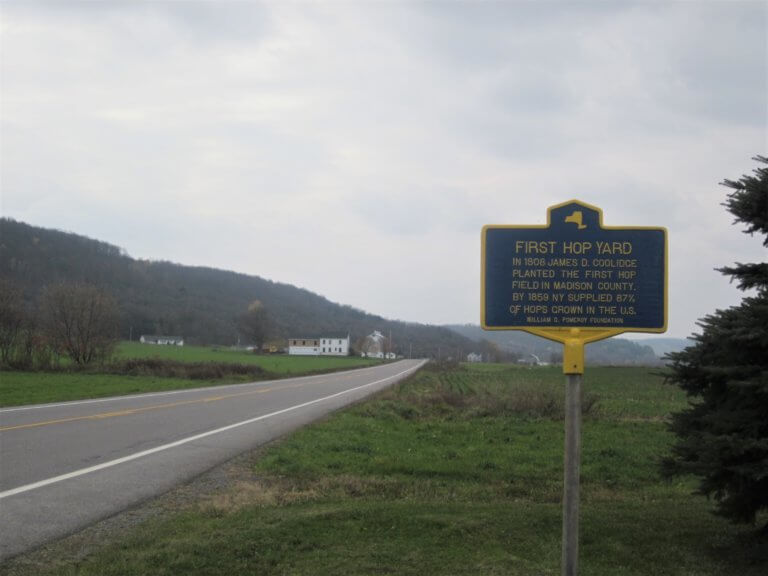 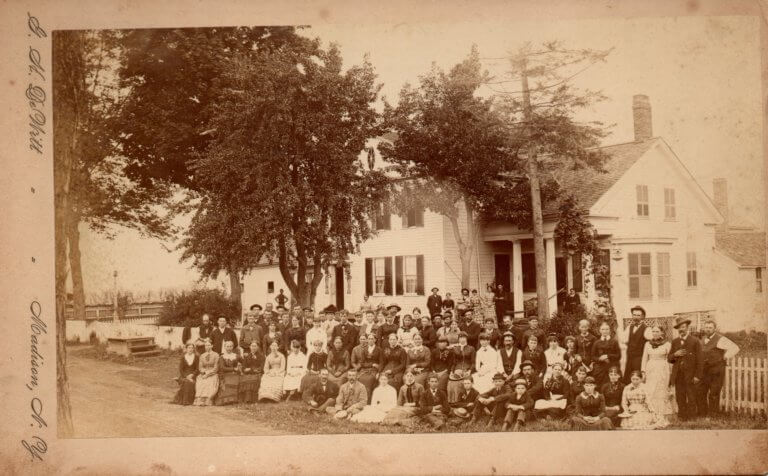