The site of the first school of Preble is located just east of town, near the intersection of East Hill Road and County Route 108. The school formed in 1801. Children came from all parts of the town and as far south as Homer and north to Tully. When other districts formed, this location was abandoned.

According to H.P. Smith’s 1885 book, History of Cortland County, New York, Preble was originally part of the Town of Tully in Onondaga County. In 1808, Preble was established as its own town in neighboring Cortland County. In Preble’s early days, residents chose to build homes and businesses on the east side, closer to the Tioughnioga River. This was taken into account when deciding where to build a school, and explains why the site of the former school is near modern-day East Hill Road, on the east side of Preble. The first school was held in Timothy Walker’s barn and was taught by a woman named Ruth Thorp in 1801(History of Onondaga County, New York, W.W. Clayton, 1878). Students from neighboring towns, such as Homer and Tully, also attended this school since it was one of the earliest schools in the area. It continued to serve area children until a log school was constructed in 1804 within the Village of Tully. 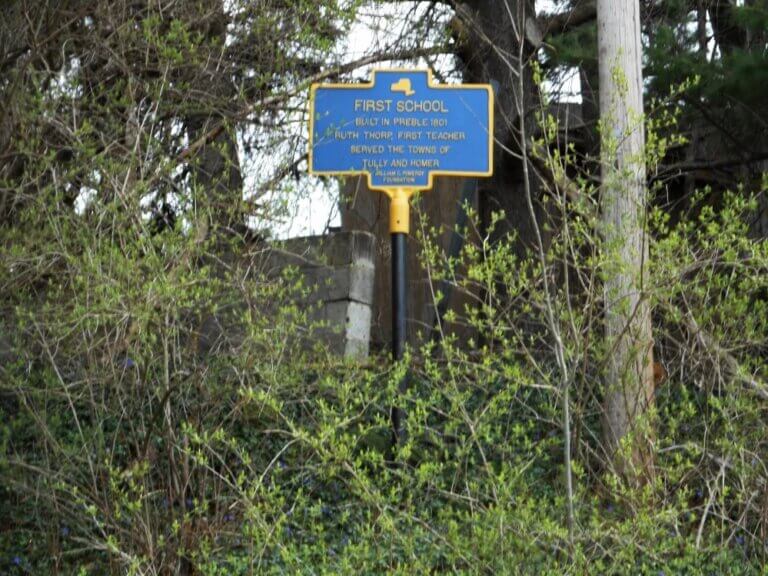