The first store in the Town of Taylor was established c. 1824. It was operational for over 100 years and served as part of the community center. It was owned and operated by Levi Halbert and his son, Enos. According to an April 1, 1825 deed, Enos soon took over and ran the store with Joseph Gilbert for a few years. Taylor was formed from the nearby town, Solon, in 1849. In J.H. French’s 1860 Gazetteer of the State of New York, he referred to “Hurlbert & Gilbert” as the first store in Taylor, NY.

As time passed, the store changed hands multiple times. Despite this, the store remained vital to the community by selling products that were in demand. A 1908 newspaper article states that the (then) current owner of the time “carries a large line of general merchandise, which is always neatly arranged and displayed, and has the confidence and patronage of the community.” In a later 1976 newspaper article, Union Valley resident George Gilbert describes his reminisces of the old “General Store” and that it “carried a line of goods almost as comprehensive as our modern super markets, but reflected the needs of farm families who were otherwise self-sustaining.” The same article states that the store also served as a common meeting place for community members to discuss current events around its wood-stove.

In 1937 the store was sold to William Mattison, who only operated it for a few years before it was closed. Following its closure, the building was used for storage until its condition deteriorated to the point of being condemned. A deed from January 26, 2004 shows the building was donated to Union Valley Cemetery Association. It was demolished that same year and the site was cleared. 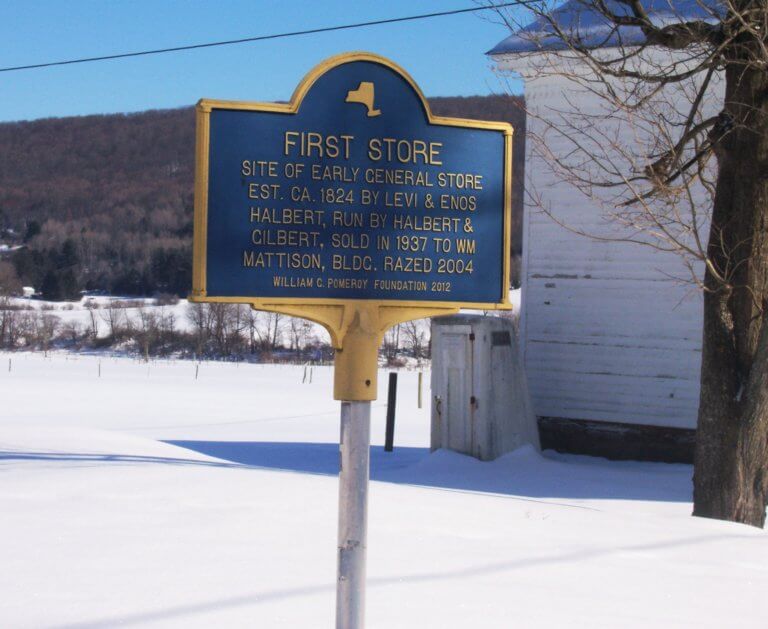