Please note this marker has been reported missing as of 1/9/2022. If you have any information as to its whereabouts, please contact us at 315-913-4060 or info@wgpfoundation.org.

The Florence Farming Association was established around 1845 near this site. It was intended to create a community where free blacks could own land and farm. Local abolitionist and philanthropist Gerrit Smith bought the land and by 1849 there were roughly 80-90 families who called Florence home. For a little over twelve years this small community flourished. After 1860, the Florence Farming Association ceased to exist and the community disbanded.

Dating back to formation of the United States, slavery was a hotly debated topic which divided the country. As the debate continued, the American Colonization Society officially formed in 1817 (Weekly Raleigh Register, 10 Jan 1817). This group supported the emigration and recolonization of free African Americans to Liberia in Africa. Abolitionists opposed this idea, believing that African Americans had earned the right to be free citizens in the United States. One abolitionist, Gerrit Smith, decided to offer freed African Americans an alternate opportunity.

The Encyclopedia of African American History, 1619-1895 (2006) edited by Paul Finkelman, states that Gerrit Smith was a philanthropist from the hamlet of Peterboro, New York, whose family acquired their wealth through the fur trade and land deals. He offered land to free African Americans for the purpose of farming. His intention was “to create a haven against the push by the American Colonization Society to send free blacks back to Africa. Land ownership offered both financial independence and, in New York, the right to vote.”

By 1846, Smith began selling land parcels  near Florence (Deeds, Oneida County Clerk’s Office, 1 Sep 1846). An article dated November 11, 1847 in The Columbia Washingtonian, announced that a convention would be held on January 4, 1848 to discuss emigration to lands given to free African Americans by Smith. This convention marked the inception of the Florence Farming Association, also known as the Florence Settlement. By January 10, 1848, it was reported in The Corrector that the settlement was “in full progress.” The article detailed that Smith was selling lots for three dollars each. By June 27 of the same year, the Albany Argus mentioned growth of the settlement and that it now “consisted of 80 to 90 persons.”

Over the next decade, the Florence Farming Association continued to grow and prosper. As can be imagined, they received a significant amount of push back. In one article published in The Brooklyn Daily Eagle on October 28, 1848 demonstrated opposition against Smith’s abolitionist work exclaiming that, “Gerrit Smith, the great wish of whose heart is to ‘be a colored man,’ will take it into his head to emigrate to Liberia.”

A 1858 Gillette Map of Oneida County, New York indicates that many African Americans lived in Florence through that decade, with strong clusters together on the Farming Association. The Town of Florence’s 1860 U.S. Population Schedule Census is the last record which depicts Association members still residing on that land. By the late 1850s, according to the Encyclopedia of African American History, 1619-1895, “financial shortages and strong opposition from colonization supporters won out,” bringing permanent closure to the Florence Farming Association. 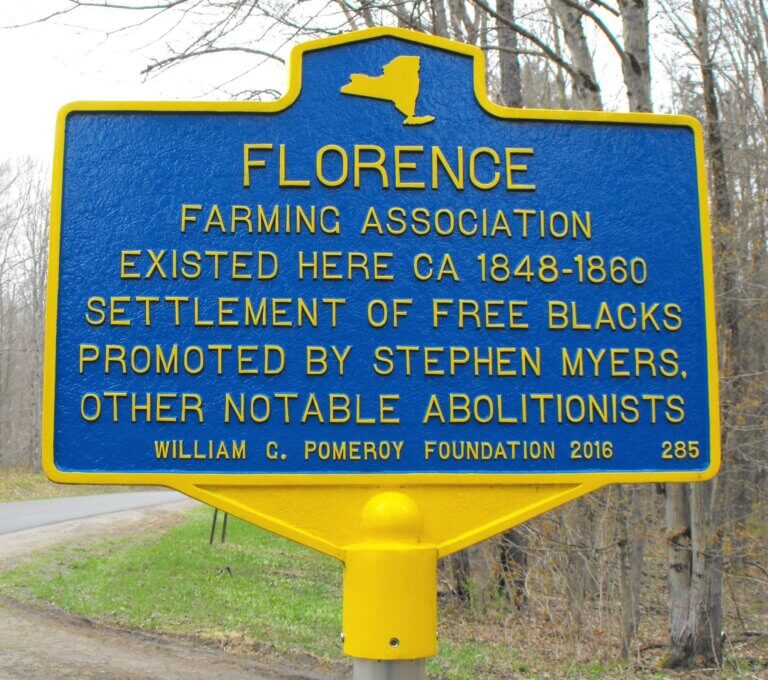 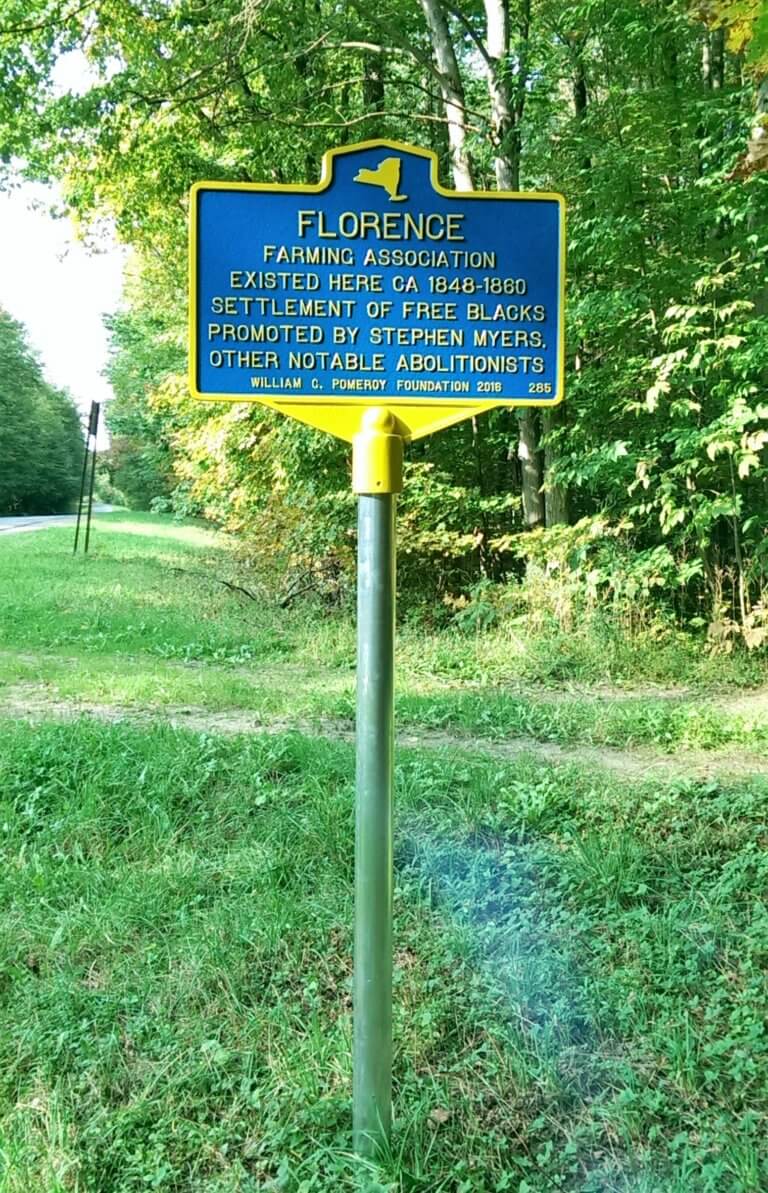