Margaret MacArthur was an internationally recognized singer, collector and performer of traditional folk music. Preferring to be called a musical historian, she devoted her life to keeping early folk music alive and telling the stories behind each song.

Margaret Crowl was born on May 7, 1928 in Chicago, Illinois. Due to her father’s career with the US Forest Service, she spent the majority of her childhood moving from one community to another across multiple states (The Guardian, 11 Jun 2006). She was heavily influenced by her mother who sang music nursery rhymes to her as an infant. It’s even been said that Margaret sang before she could talk.

Margaret attended the University of Chicago during the 1940s. While at college she joined the revival of folk music and began singing on campus. During this time she met John MacArthur and the two were married in 1948. The newlyweds soon moved to Vermont. Initially reluctant about her change of address, Margaret coped by acquiring two books of Vermont folk songs: Edith Sturgis’s Songs from the Hills of Vermont and Helen Hartness’s Flanders’ Country Songs of Vermont. This inspired her to begin her collection of old songs and ballads. Eventually she began to seek out seasoned folk singers who were willing to meet with her and teach her. Locating Fred Atwood, a Vermont mountaineer in his 80s whose father had sung for Edith Sturgis, was particularly memorable to Margaret. Fred sang over a hundred songs to her (Margaret MacArthur Biography, Library of Congress, 21 Jun 2005).

In 1951, Margaret and her husband purchased a historic farm in Marlboro, Vermont and began to fix it up. While at the farmstead, Margaret would often practice playing many instruments such as the fiddle, banjo, harp, Austrian zither and Appalachian dulcimer. Her husband repaired and customized a harp-zither for her. Impressed by the contraption, in 1961 a manufacturer replicated it, naming it the “MacArthur Harp” (The Guardian). She and her husband grew their family to one daughter and four sons. Together the family would often perform, each singing or playing different instruments.

Margaret was famous for not only writing and singing her own songs but also for song preservation. She would discover old songs or artists, rerecord the songs herself and then reintroduce them to the world. In 1962, she signed with Folkways Records and released ten albums throughout her lifetime. Her debut album, Folksongs of Vermont, was recorded in her kitchen. One of the highlight songs in this album was her arrangement, “The Marlboro Medley.” According to Margaret, this medley song dates back to 1700s. She actually acquired the lyrics to this song and put the lyrics to the tune of “Black Joke,” as per the original author’s instructions.

Over the next few decades of her life, Margaret continued to perform. Her accomplishments led to acclaim not just locally, but nationally and even internationally. She performed at the prestigious Kennedy Center in Washington, D.C., was awarded the “A New England Living Art Treasure” in 1985, and, in 2002, the Vermont Arts Council presented her with a lifetime achievement award (Margaret MacArthur Biography). Margaret’s talent crossed over into writing when her book, How to Play the MacArthur Harp and all Numerical Harp-Zithers was published in 1987. She also served as an editor of The Vermont Heritage Scrapbook, published in 1994.

Margaret passed away at the age of 78 on May 23, 2006. She is remembered as a woman who truly “embodied the spirit of the Green Mountain State” and is praised for her dedicated work as a musical historian who helped keep folk music alive (The Brattleboro Reformer, 13 Jun 2002). 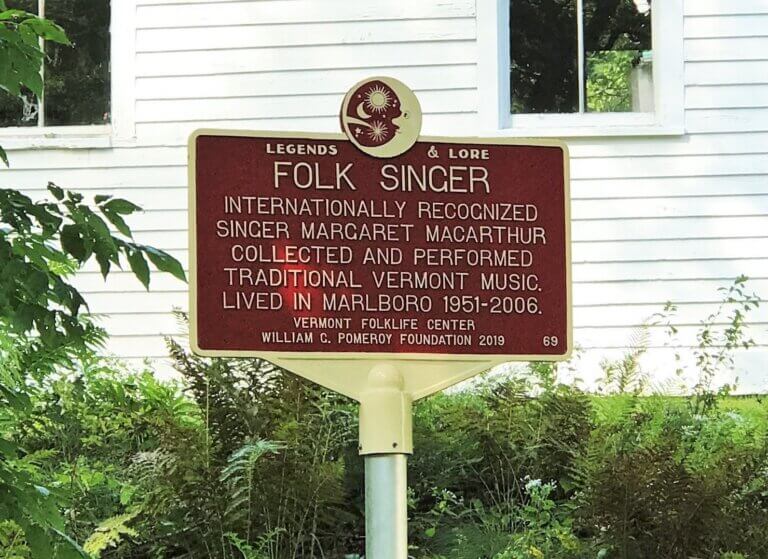 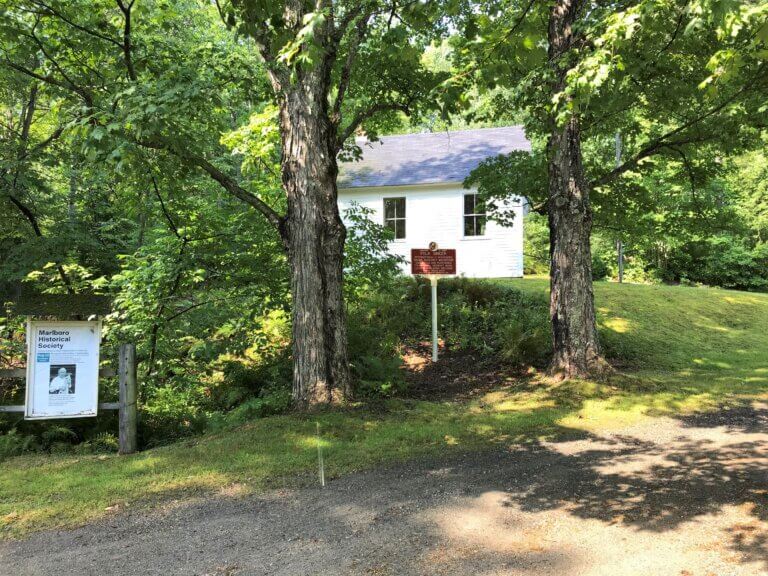