This cemetery was established in the early 19th century from what was most likely an initial family burial plot. The last burial was in 1904. By the 1866 a church stood here known as the Union Church, or Free Church. In 1950 a house was built which isolated the cemetery and made it inaccessible. This spurred town residents to seek to move the cemetery, which the town did in 1952-1956, to nearby Skinnerville Cemetery (which was established in the 1840s). 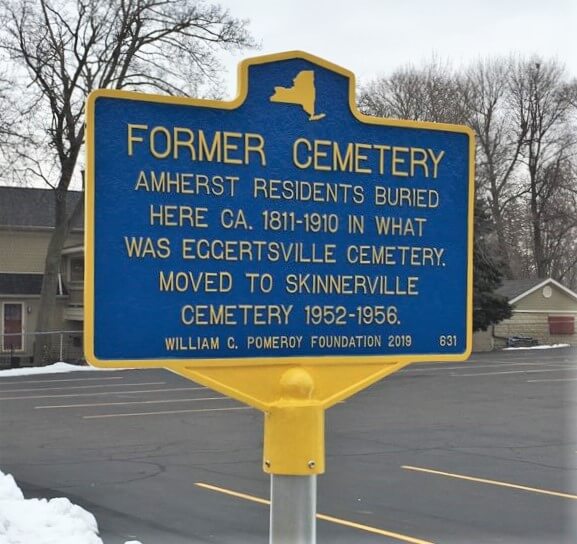