Established as a Methodist Episcopal church in 1871, the first woman pastor, E.H. Delavan, served from 1881-1882. The building was restored and turned into the Heritage Center by the Stephentown Historical Society more than 100 years later in 1988. It now serves as a repository for collections, a library for genealogical and historical research, and a meeting place for the society.

According to the History of Renssealaer County (1880), the congregation was originally formed by the Troy Annual Conference of the Methodist Episcopal Church in April of 1868. However, they had no meetinghouse of their own initially, and on October 5, 1869 they began collecting support for the construction of their own building. The Stephentown Historical Society newsletter from November 1988 claims that a local named Nathaniel Reynolds gave the use of his land for the project in addition to donating $25 towards its construction. Construction began that same year and in 1870 two members harvested the long sills for the church. (History of Rensselaer… 1880) The church records state that the church was finished and dedicated on April 4, 1871. (Record of Stephentown Methodist Episcopal Church) It reportedly cost $3,242.41, with no outstanding debt. (Stephentown Historical Society Newsletter, 1988)

The church had a membership upwards of one hundred people in 1880. (History of Rensselaer … 1880) In 1881, the Stephentown church became notable when E.H. Delevan became the first woman to be its pastor. The church records show that she served in this role from April 1881 to April 1882. Debates about the ordination of women were especially prominent within the Methodist Episcopal Church during the middle of the 19th century. The 1869 annual conference of the New York Methodist Episcopal church formed a special committee to investigate the question, as a handful of other congregations had reportedly let women preach. (Troy Weekly Times, 1869)

Over the decades of the late 19th and early 20th century, various improvements including stoves, carpets, stairs to a loft, and a dining room among other things were added to the church. By 1948 the Methodists had vacated the church after forming a federated church with the Presbyterians, and the former meetinghouse was subsequently used for youth activities and annual rummage sales. (Stephentown Historical Society Newsletter, 1988)

The Heritage center remained open and continued to host events as of 2019. Examples of events held in 2017 include tag sales, talks on historical subjects or topics of local interest, family movie nights, and computer classes for beginners. (Eastwick Press, 2017) 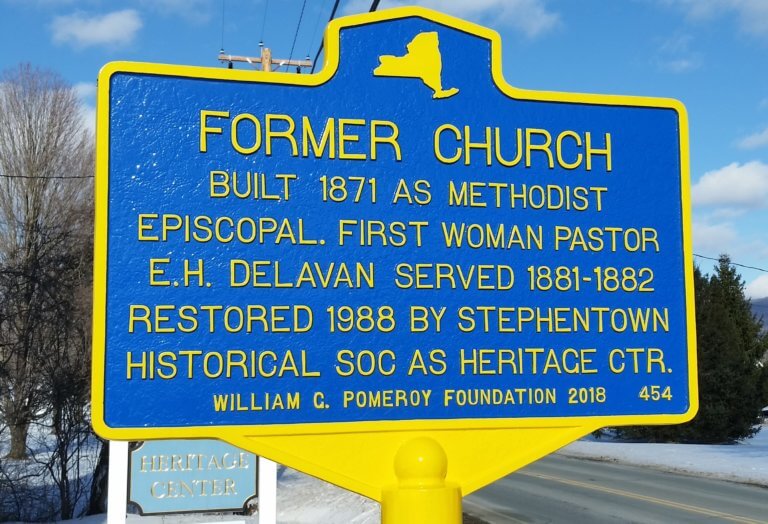 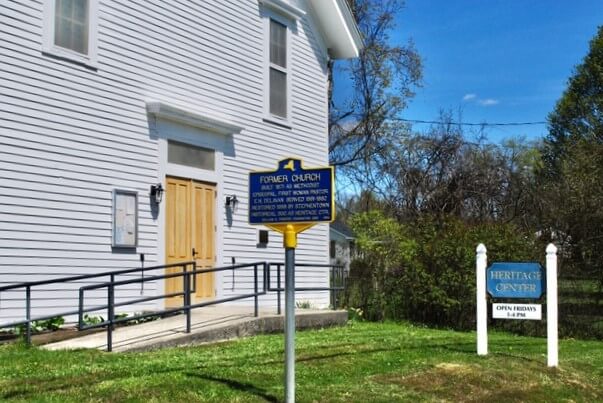