The Fort Edward Collegiate Institute was established in 1854 by a group of local citizens. The Institute offered a college preparatory course, a commercial course, and a course similar to a teacher training program, similar to a normal school. Two devastating fires, one in 1877, the other in 1910, destroyed the main institute building. The school was rebuilt after the first fire and reopened in 1881. Nonetheless, however, the institute burned down again in 1910, and it was decided to not rebuild. The Fort Edward Collegiate Institute did not reopen.

The institute was originally established in 1854. The building was brick with a 300 foot front and five stories. Before the first fire, the institute reportedly had the capacity for 10,000 students. (Mohawk Valley Register, 1877) One of its founders, Joseph E. King, also served as the school’s principal throughout its existence. Originally co-ed, three fifths of its students were boys when it was originally founded, but after 1890 the institute became a school for girls exclusively. (Fort Edward Advertiser, 1910)

On the evening of November 19, 1877, the Fort Edward Collegiate Institute caught fire and burned to the ground within two hours. Nearly 200 students, both girls and boys, were in attendance at the time. With little time to escape, many students lost their books and clothes, though the school’s accounts and papers were saved. Locals took in many of the displaced students who had nowhere to stay. At the time, the wood stoves in the students’ rooms were recently replaced as a safety measure, and the fire was reported to have been caused by an exploding lamp. (Mohawk Valley Register, 1877) However, Joseph E. King, the school’s lifelong principal, later wrote that it was one of the new coal stoves which overheated and started the fire in room 49 of the first floor. Apparently, the room’s two students had rushed to dinner from the playground without returning and checking on the stove. Though the building was in ruins, all students were accounted and none were injured. (King, 1915)

After the fire in 1877, a new more spacious building was erected in its stead. The final cost of the institute’s new space was estimated at about $50,000, and it reopened on September 9, 1881 with full faculty. Joseph E. King continued his tenure as principal of the school. (Documents of the Assembly of NY, 1881)

The second building had a 152 foot frontage with two large wings. Made of brick, it was four stories tall, but while shorter than the first building by one story, it had many newer and larger facilities. Some of these included a gymnasium, receptions rooms, a chapel seating 600 with a stage, a library, laboratory, studio and music rooms, classrooms, and a reading room, as well as the students’ dorm rooms. The school prospered in the years after it reopened, and by 1910 it had just celebrated its 55th anniversary. (Fort Edward Advertiser, 1910)

Tragedy struck again, however, on March 15, 1910. In the laundry room, at the rear of the east wing of the building, a fire broke out around 6:30am. Reportedly, a janitor had started a vigorous fire in the stove, and it was thought the stove overheated and sparked the fire. All 60 people in the building were evacuated successfully and no students were injured. A coachman, James Lawler, suffered burns when he escaped the flames by jumping from a second story window. Again, many of the students lost their personal possessions, including books, clothes, and valuables. (Fort Edward Advertiser, 1910)

While a crowd gathered to witness the disaster, firefighters reported to the scene promptly. Unfortunately, their efforts to save the school were hindered by low pressure from the fire hydrants. Fire Chief John H. Moran came to the conclusion that the institute building was beyond saving and instead focused efforts on preventing the spread of the fire to Principal King’s residence as well as a nearby barn. A call for help was sent to Sandy Hill’s fire department, and they soon arrived with a steamer. Unfortunately it was too late to make a difference, and two hours after the fire had started, the Fort Edward Collegial Institute was again reduced to ruins. The principal’s house and nearby buildings, though, were successfully defended from the fire. (Fort Edward Advertiser, 1910)

Insurance for the building and its contents provided $41,250, however this did not include the personal property of the students. (Fort Edward Advertiser, 1910) Unlike the previous fire, it was decided not to rebuild in 1910, and the school permanently closed. (King, 1915) 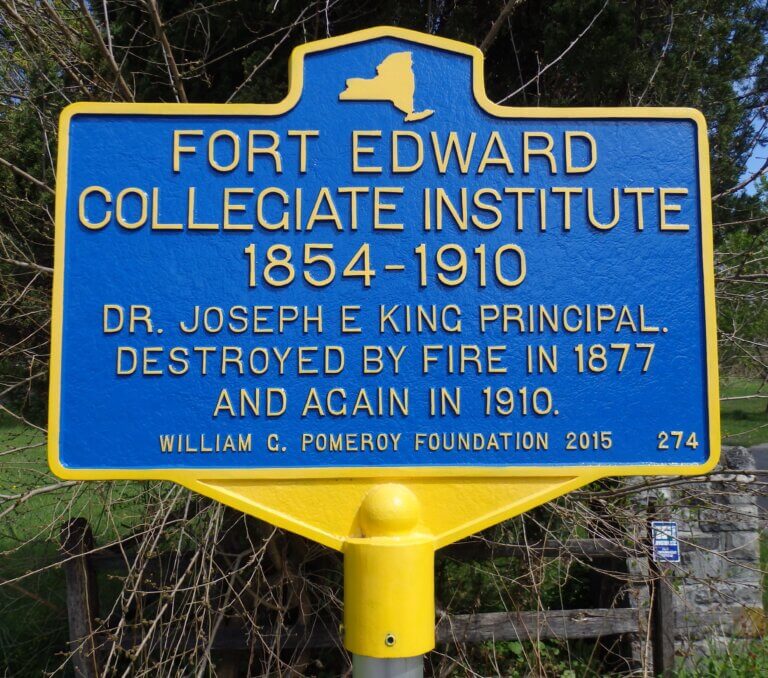 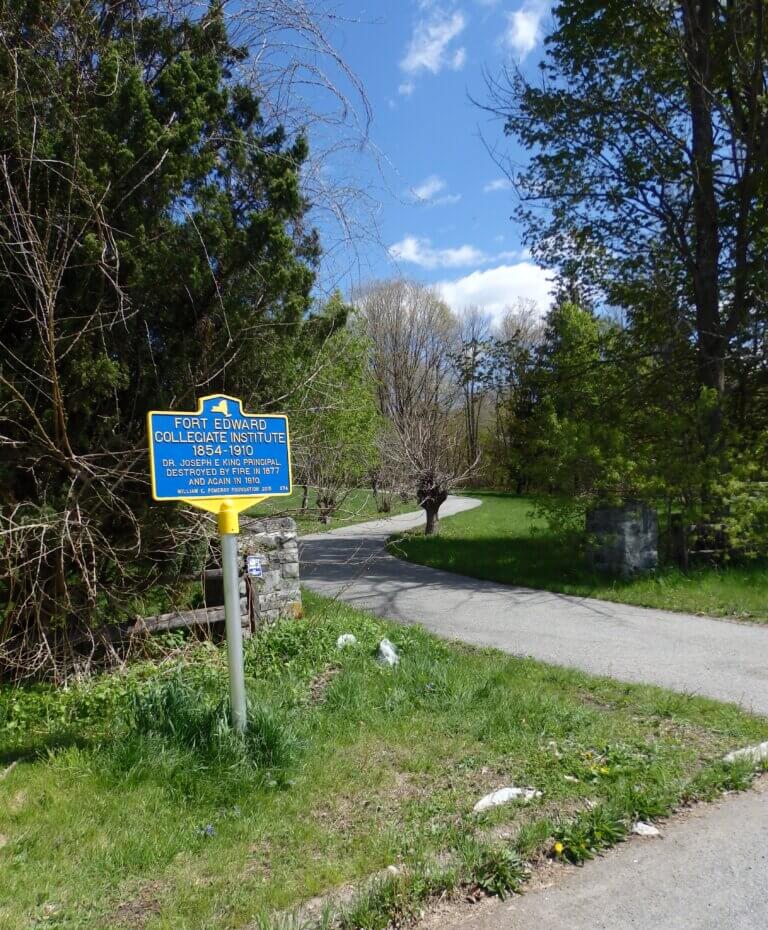