The hamlet of Garoga lies within the sprawling wilderness of Fulton County, where NY Route 10 merges into NY Route 29. To the average passerby it appears to be quiet and sleepy community, but at one time it was a thriving community.

Rhode Island native Robert Wever arrived in present-day Fulton County, NY around May of 1821 where he purchased a farm in the Town of Ephratah (History of Fulton County, Washington Frothingham, 1892). Wever planned to build a mill on his new acquired land in the coming years but instead, Wever left town for unknown reasons. He returned to Fulton County years later in 1834, but instead moving to Ephratah, he relocated to Garoga, a small hamlet within the town. Here, the History of Fulton County indicates Wever “built a grist-mill and saw-mill and started the village [sic] of Garoga,” which was named after a nearby creek. By 1850, Garoga had a population of around 580 people, growing to 715 by 1855 (Map of Fulton County, J. Chace, 1856). In 1878, the small hamlet had “three small stores, a hotel, a first class grist-mill, a saw-mill, a cheese factory and about a dozen dwellings” (History of Montgomery, Albert S. Chambers, 1981). Despite this development, by the early 1900s the population plummeted to approximately 300 inhabitants (The Oswego Daily Palladium, 26 October 1916).

On October 26, 1916, disaster stuck Garoga. According a 1916 Times Union article, “the hamlet was almost completely wiped out by fire.” The Brooklyn Citizen newspaper reported that “the fire broke out in the grist mill and spread rapidly through the village, destroying residences and hotel.” Around ten of the fifteen homes in the hamlet were destroyed (Times Union, 26 Oct 1916). The neighboring communities of Gloversville and Johnstown sent reinforcements to stop the fire. The Brooklyn Citizen Newspaper mentions that residents of the City of Gloversville also created a relief fund to aid those displaced by the devastating blaze. 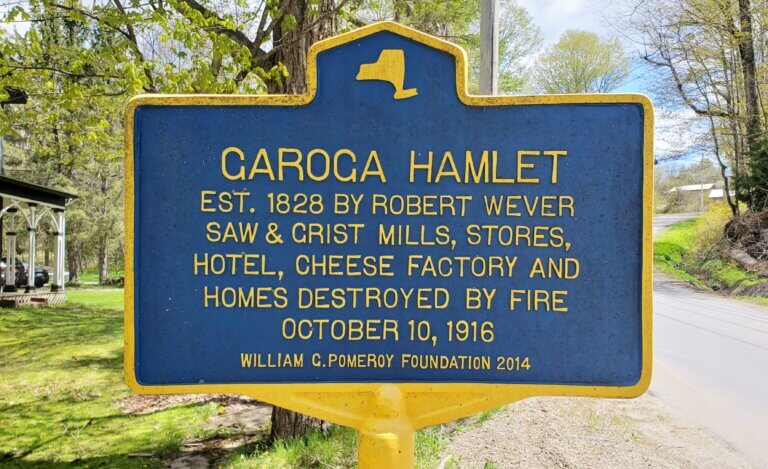 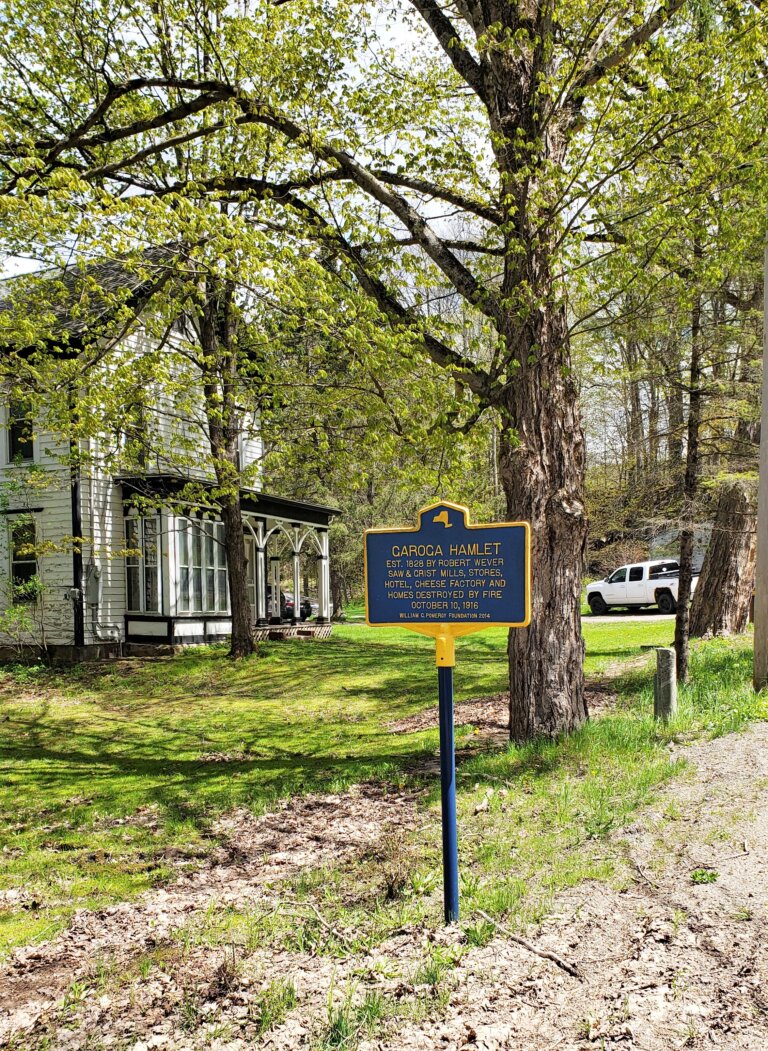