James Henry Gatling (1816-1879) was a lifelong resident of Maney’s Neck Township. Son of inventor & farmer Jordan Gatling, young James grew up in a household which fostered creativity and imagination. With skills learned from father, James devoted many hours to the design and constructions of a flying machine. He studiously observed turkey buzzards in flight as inspiration. Despite years of setbacks and delays, by 1873 James finished his prototype, known as the Gatling Aeroplane. It is thought to have been 18 feet long with a 14 foot wingspan. James claimed to have completed multiple test flights over the period of several months, however the Gatling Aeroplane was only witnessed in flight once. During that trial, it is said that James launched the plane from a raised platform off his cotton gin, approximately 12 feet high, and flew for about 100 feet before rapidly descending into the ground. While James was only minorly injured, the Gatling Aeroplane was severely damaged. It was returned to the barn where it would remain for decades.

In a mysterious and unfortunate twist, James was murdered in September 1879 near a hog pen on his property. Years later, in 1905 or 1906, the Gatling Aeroplane was destroyed when a fire tore through the barn it was stored in. 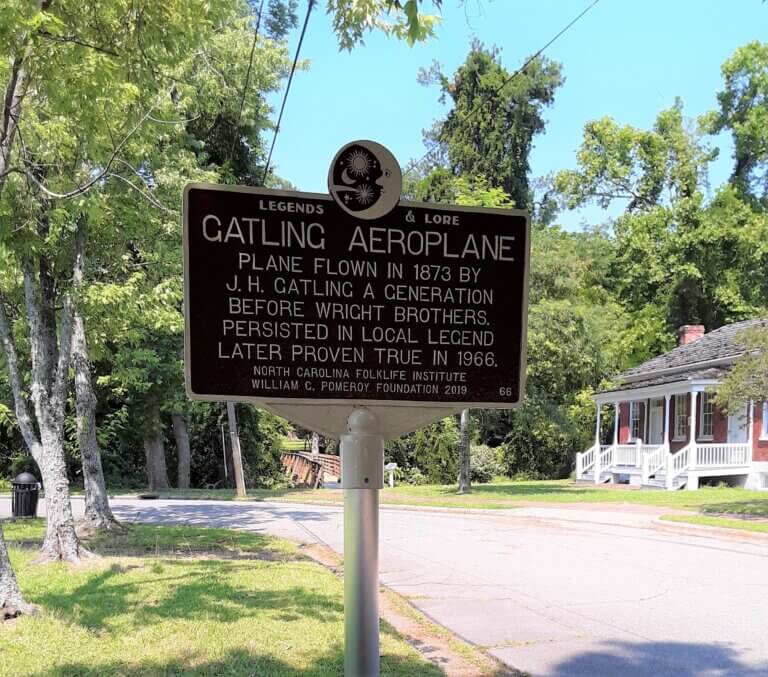 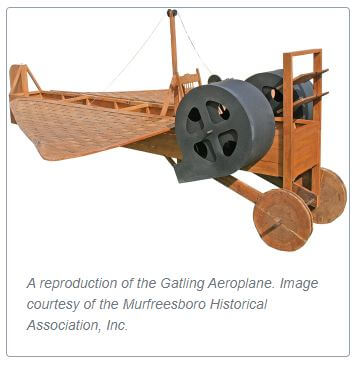