Georgia O’Keeffe received a scholarship in 1908 from the Art Students League to attend an artists’ retreat in Lake George, NY. The Adirondack-inspired lodge, known as Wakonda, continues to serve as a retreat for women today as part of the Wiawaka Center for Women. It was placed on the National Register of Historic Places in 1998.

On November 15, 1887, Georgia O’Keeffe was born on a wheat farm outside of Sun Prairie, Wisconsin. She was named after her maternal grandfather, Giorgio Totto, a Hungarian immigrant to the United States. As early as her childhood in Sun Prairie, O’Keeffe aspired to become an artist even if she didn’t know at that point what art she would practice. Some of her family members were artistically inclined, including both grandmothers who dabbled in painting. This no doubt made an impression on her and influenced her ambitions. (New York Times, 1986)

At the age of 14, Georgia’s family moved to Williamsburg, Virginia, where she graduated from Chatham Protestant Episcopal Institute three years later. She went on to study for a year at the Art Institute in Chicago with John Vanderpoel. For the next ten years, she studied and made a living by teaching or doing commercial art in various cities. (New York Times, 1986)

In the summer of 1908, she won a General Scholarship for still-life painting award from the Art Students’ League in New York City. She joined teacher Spencer Task, with 20 other young artists at the country retreat of Wiawaka in Lake George, NY. (American Art News, 1908) The Wiawaka guest register shows that she stayed there from June 8 to June 29.

Until 1916, O’Keeffe worked various teaching and supervising jobs at schools ranging from Columbia College in South Carolina, the University of Virginia, the West Texas Normal College art department, and public schools of Amarillo, Texas. Anita Pollitzer, later a prominent photographer, suffragist, and member of the National Woman’s Party, was one of Georgia’s friends and classmates at Columbia University. Anita decided to show some of Georgia’s work to prominent photographer and art-promoter Alfred Stieglitz. He was so impressed with her pieces that he immediately put them on display in a one-woman show at his gallery. It did not take long for critics to take notice and begin talking about her work. When Georgia heard of this, she came to New York from Texas to confront Alfred for displaying her work without her permission. Stieglitz responded by asking her to quit her teaching career and instead move to New York and focus on her painting. She agreed and nearly every year after Stieglitz hosted one-woman displays of O’Keeffe’s work at his gallery until his death in 1946. Additionally, they ended up seeing each other romantically and soon married, staying together for 21 years until Alfred’s death. (New York Times, 1986)

After moving to New York City, she would split her time between the city and Lake George, NY. After 1929 she bought a house in Abiquiu, New Mexico which she converted into her studio and she would spend much of every year there as well. After Alfred died, she relocated there permanently. The New Mexico landscape greatly influenced much of her work. In the 1970s, she began working with a protégé, Juan Hamilton, who initially knocked on her door looking for work. He would end up assisting in the production of a book and a TV film about O’Keeffe in 1977. He would also assist her in managing business affairs. (New York Times, 1986)

During her life, O’Keeffe gained recognition and received many awards for her work. Some of the highest honors she received included the Medal of Freedom in 1977, a lifetime achievement award for women from the Radcliffe College in 1983, and the National Medal of Arts in 1985. (New York Times, 1986)

Two identical historic markers, one roadside and one lakeside, were erected in 2016 at the Wiawaka Women’s House on Lake George, to commemorate Georgia O’Keeffe’s visit there in 1908. 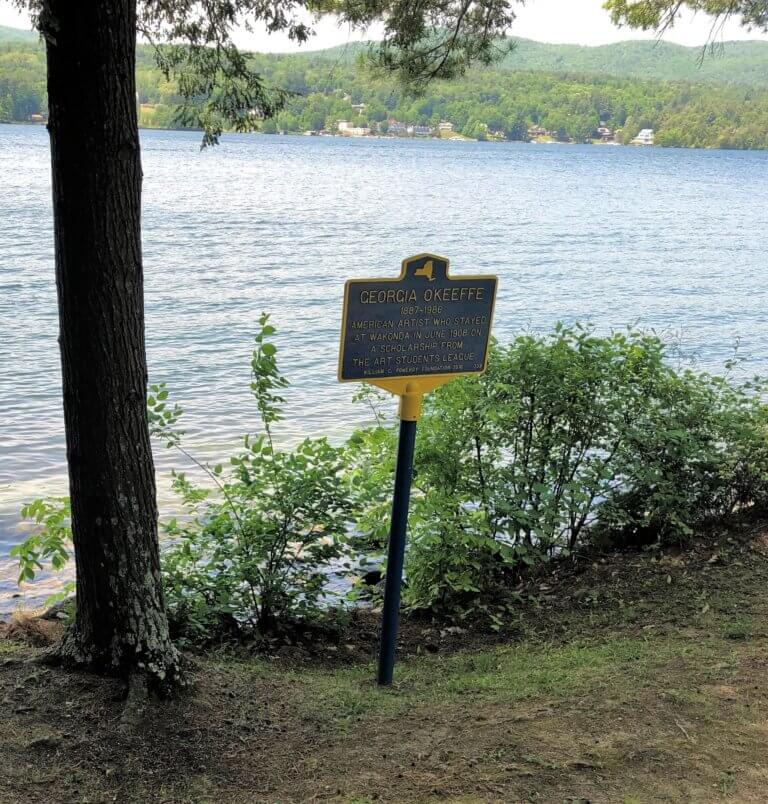 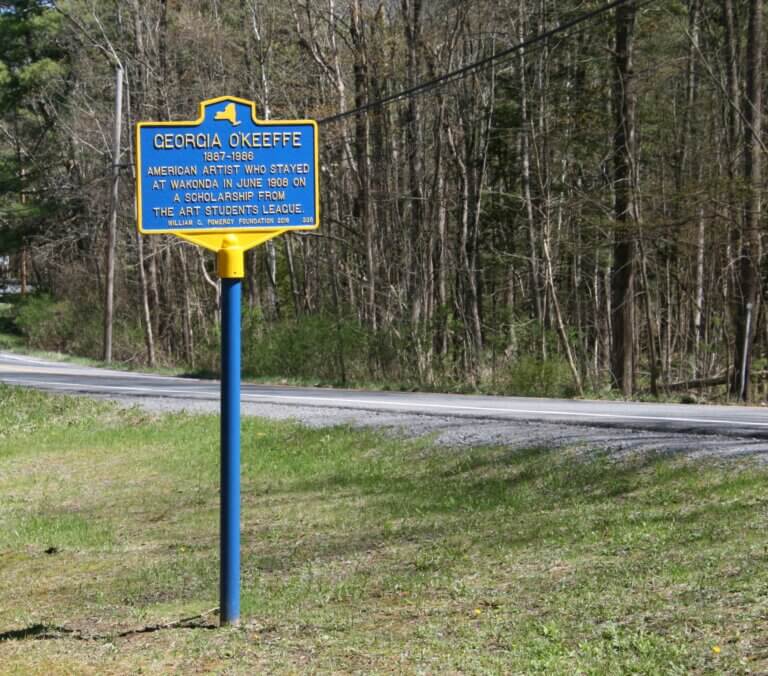 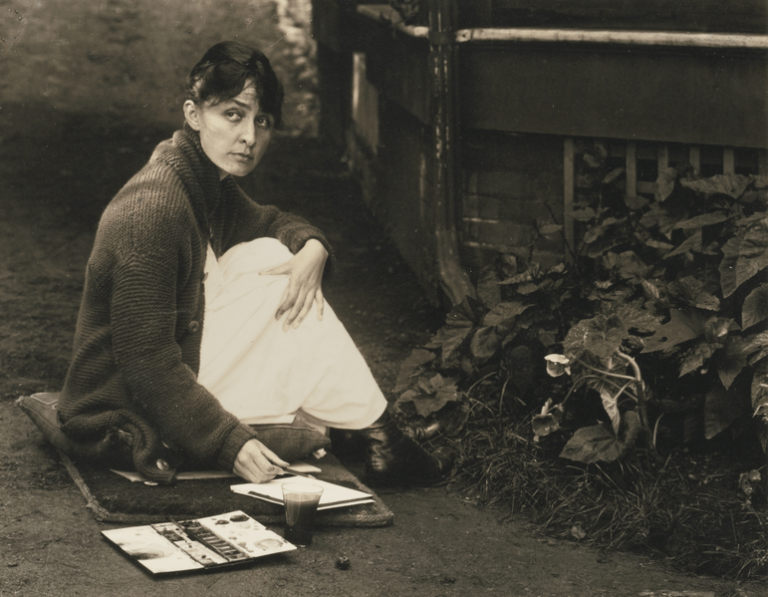