The German Reformed Church was organized on Kelleys Island in 1865. The congregation built this church from island stone in 1866 on ½ acre of land purchased from Alfred S. and Hannah Kelley. By 1871, the congregation, one of five on the island, heard services in German and had 25 families as members, including those of Baumler, Beatty, Becker, Boker, Burger, Cattenach, Dodge, Elfers, Fischer, Gerlach, Hess, Huber, Jordon, Keifer, Lange, Nowalk, Pringnitz, Renter, Schaedler, Scheele, Smith, Stoll, Suhr, and Trieschman. Rev. A. William Von Kaske was the congregation’s last resident minister, leaving in 1915. The church’s final service, a funeral for William Burger, was held in 1942. The church’s Ladies Aid Society was able to maintain the building until 1957, after which it was left vacant. The Kelley’s Island Historical Association leased the church in 1981 and was granted the deed in 1986.

The congregation of the German Reformed Church built a parsonage on land purchased for $51 from Mrs. Anne Twidney on August 8, 1888. By 1915, the island’s population and the congregation had dwindled and the latter could no longer support a resident minister. The church’s trustees rented the house to the Betzenheimer family. Florence (“Sis”) Betzenheimer McKillips carried on her mother Emma’s role of caring for the German Reformed Church and parsonage even after both buildings became part of the Kelleys Island Historical Association in the 1980s. The association granted Mrs. McKillips use of the house until her death in 2013 at the age of 92. It has no running water and is serviced by a hand pump in the kitchen and an outhouse in the back yard. 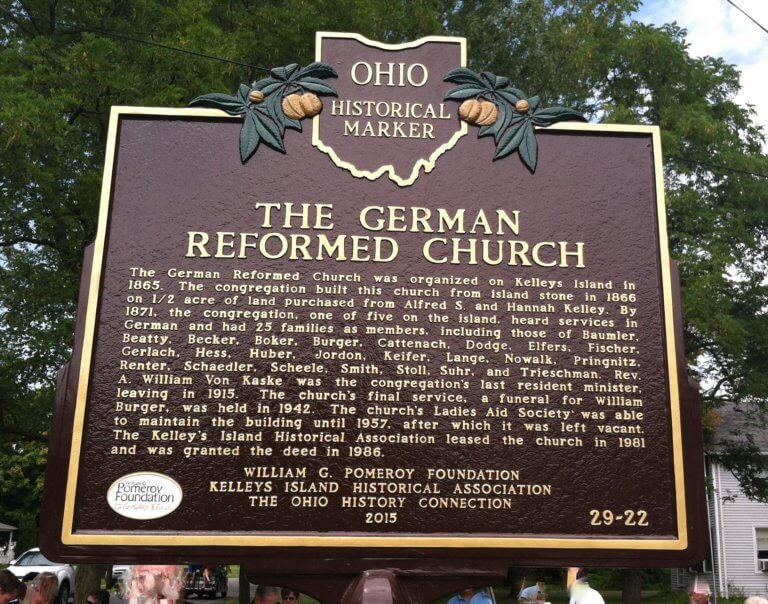 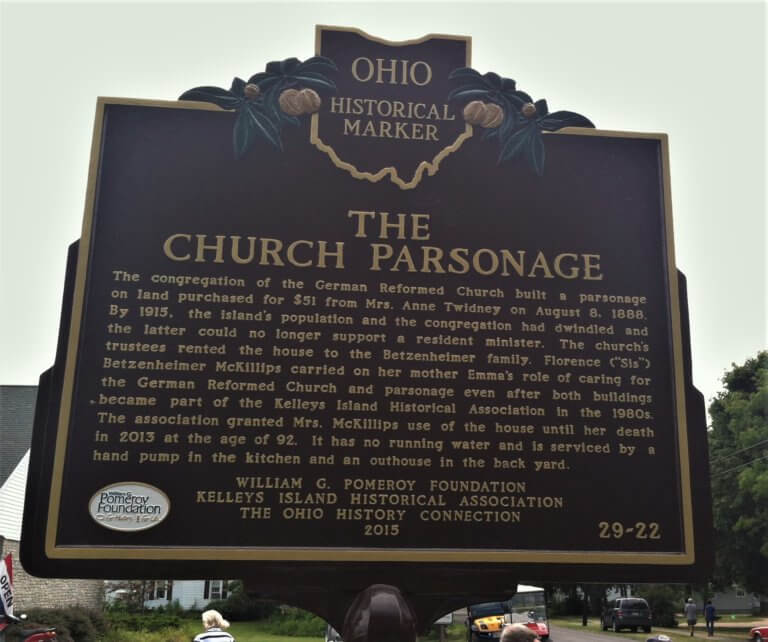 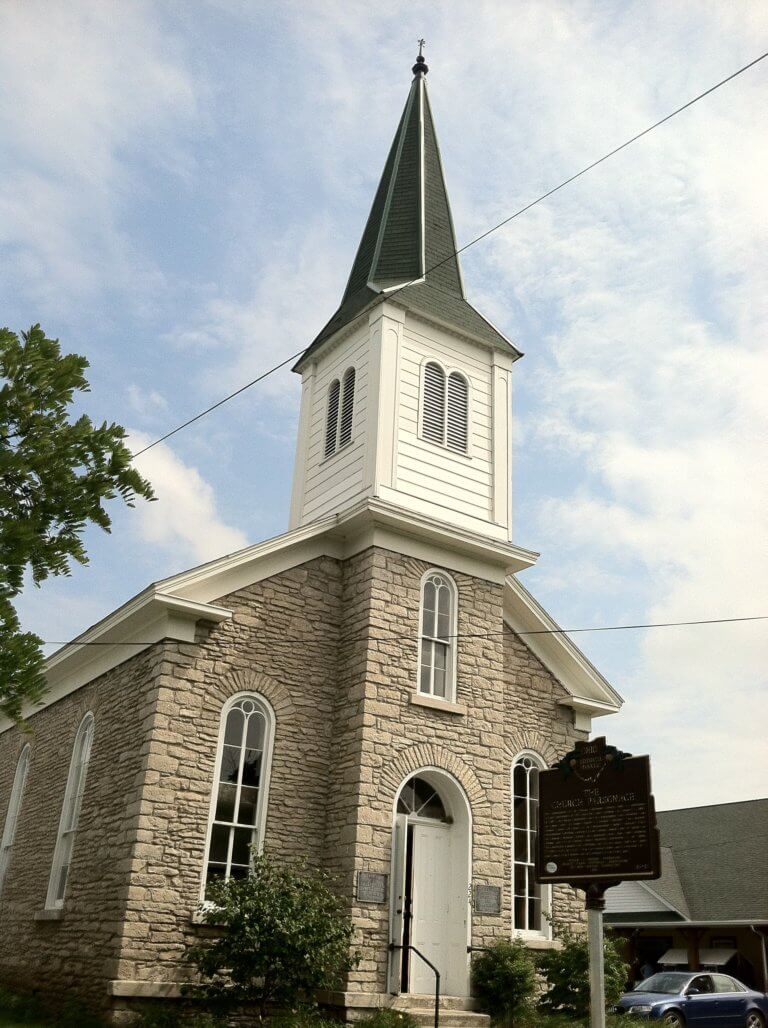