Established in 1795, the Douglas Farm has been in continuous family ownership for 250 years. It was the home of Captain William Douglas, a Revolutionary War veteran. The principal land grant of 1,000 acres was given to William’s father, Asa.

According to a family genealogy, Asa Douglas (alternately spelled Douglass) was born on December 11, 1715 in Plainfield, Connecticut. He married Rebecca Wheeler in 1737 and they moved to Old Canaan around 1746 where they remained for nearly 20 years. Asa’s son, William Douglas, married Hannah Cole of Canaan that same year. In the spring of 1766, William Douglas moved to what was at the time Jericho Hollow, Massachusetts and later became part of Stephentown in Rensselaer County, New York. He began clearing land granted to his father. Asa joined his son within the year, bringing his family as well as a company of workmen to assist in clearing 30 acres of land and building a farmstead. The farm had a store and a forge which was the closest for some miles. Their nearest neighbor was four miles away and the nearest saw mill was 14 miles. (Collection of Family Records, 1879)

During the War of the American Revolution, William Douglas became a captain of a militia unit in the continental army and his company fought in the famous Battle of Bennington. (Massachusetts Soldiers…, Vol. 4.) He apparently led a company of “Silver Grays” and performed reconnaissance at the battle in 1777. (Collection of Family Records, 1879) A book housed at the Douglas Farm paints a colorful tale of William Douglas’ service as a spy at the Siege of Ticonderoga. The book states that Captain Douglas had disguised himself as a farmer looking for his lost cow in order to penetrate enemy lines. He had abandoned his horse before crossing the lines and when he returned and remounted it he was finally discovered and someone began shouting that the old farmer was a spy. Supposedly, William made a promise to his horse, “Old Ti,” that he would never saddle it again if it got him home in one piece. According to the tale, William kept his word and “Old Ti” “…lived happily in the pasture for the rest of his life.”

The garret, or attic, of the Douglas homestead was used to house prisoners during the war. (Collection of Family Records, 1879) The same book that relates the story of Old Ti states that this jailing of local loyalists left hard feelings between the Douglas’ clan and some of their neighbors for many years, as some of them were even imprisoned there.

After the war the Douglas family continued living on the farmstead in Stephentown, New York. Asa Douglas died on November 12, 1792 and his wife Rebecca died 14 years later in 1809. (Headstones, Stephentown Cemetery, NY) William’s son, William Douglas Jr., and his future first wife Miriam were both born in Stephentown in 1768. (Collection of Family Records, 1879) Miriam died in 1796 and William Jr. remarried to a Margaret Hunter. He lived the rest of his life farming the Douglas homestead and died on December 13, 1821. (Headstones, Stephentown Cemetery, NY)

As of 2019 the Glen Douglas Farm remained in the ownership of the descendants of Asa and William Douglas. 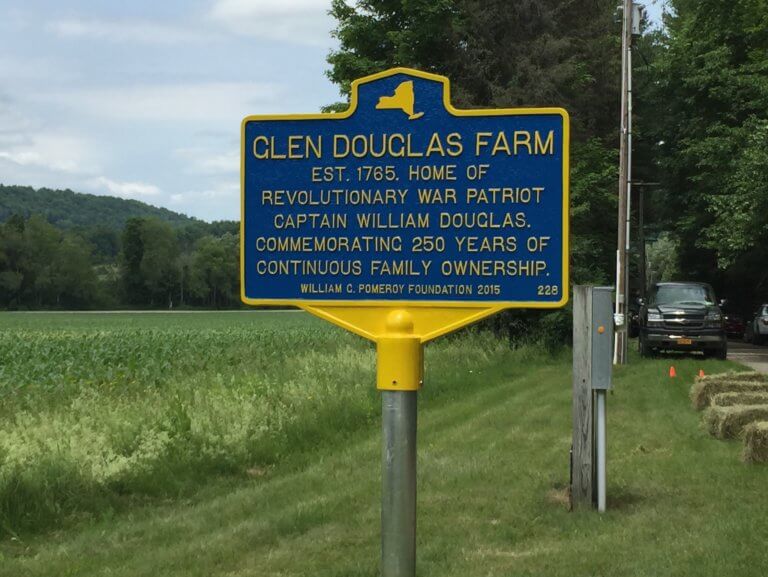 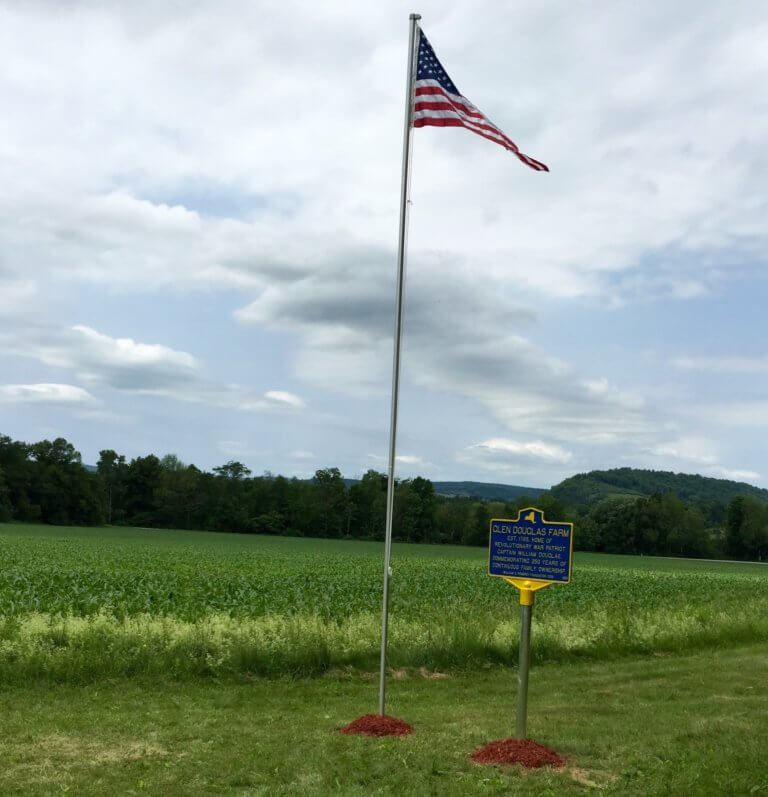