Greenwood Farm straddles the East Branch of Euclid Creek where a waterfall and gorge expose outcroppings of Euclid bluestone. George and Maude Maynard Phypers acquired the property in 1908. Four generations of the Phypers family lived here until the City of Richmond Heights purchased it in 2004. Called Cleveland’s “Insurance Dean” for his leadership in the field, George (1873-1972) was a businessman and civic leader. He served on the Richmond Heights Village Council from 1921 to 1953. Maude (1872-1965) was the first woman to serve on the local school board (1931). The 17-acre farm includes a 19th century post-and-beam English barn and a 1917 Colonial Revival brick house. A powerhouse supplied electricity to the farm and a nearby school prior to rural electrification in the 1930s. Greenwood Farm was listed on the National Register of Historic Places in 2016. 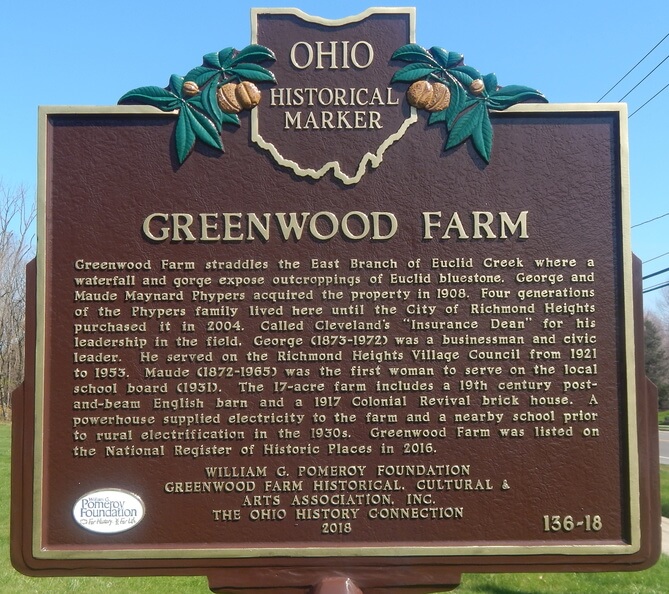