Originally born in Antwerp, NY, Helen Rich (1827-1915) lived in Richville, NY during the 1850s. She was known as “The Poet of the Adirondacks” and also campaigned nationwide for women’s suffrage, writing poems to celebrate many woman’s rights pioneers.

The Hinsdale Genealogy, edited by Alfred Holman and published in 1906 during Helen’s lifetime, states that she was born Helen Hinsdale on June 18, 1827 in Antwerp, NY to Ira and Hannah Stephens Hinsdale. Born in a log cabin on a farm her father cleared, according to Charles G. Whiting in the introduction to her first volume of poetry, A Dream of the Adirondacks, her father moved from Massachusetts to become a pioneer in the region. However, the Hinsdale Genealogy states that Ira Hinsdale was born in the Town of Pompey, Onondaga County, NY in 1797, and moved to St. Lawrence County after marriage. A Woman of the Century, published in 1893, relates that she reveled in school as a child and began writing verses at age twelve, winning prizes in composition and leading in her class. Her love of nature also began in childhood and became one of the primary themes of her poetry. She was also reportedly “obliged to read all debates in congress aloud to her father”, which preluded her future dedication to political reform in the causes of women’s rights and temperance.

The book Our Woman Workers: Biographical Sketches of Women Eminent in the Universalist Church…, published 1884, states that Helen studied for one term at the Gouverneur Wesleyan Seminary in addition to common schooling before marrying Moses Rich at the age of twenty.

According to the 1850 U.S. Census, Helen and Moses Rich lived in De Kalb, St. Lawrence County at that time. Her daughter Mary was born 8 years later in Richville, NY. (Death Certificate, Division of Health, State of Missouri) Given that Richville was a part of De Kalb at that time until being incorporated in 1880, it is likely that Helen and her family lived in what is now Richville for most of the that decade. Moses Rich, a prominent businessman and former Canton County clerk, died in 1882 and was buried in Richville. (Wayside Cemetery, headstone photo)

By 1884, Helen Rich was living with her daughter in St. Joseph, Missouri according to Whiting’s A Dream of the Adirondacks, and in Chicago by 1906 when the Hinsdale Genealogy was published, three years after her son, Pitt C. Rich died and was buried there. (Hinsdale Genealogy) (Headstone, Rosehill Cemetery and Mausoleum) In her last years, she again lived in St. Joseph with her daughter and was buried in Mount Mora Cemetery, St. Joseph, Missouri, dying at the age of 88 on September 4, 1915. (Headstone, Mount Mora Cemetery)

Rich gave lectures supporting the Union cause during the Civil War according to Our Woman Workers and she often returned to the subject when speaking in later years. She was referred to as the first woman to champion the suffragist movement from northern New York State (A Woman of the Century) and she often gave lectures on women’s rights and the temperance movement. 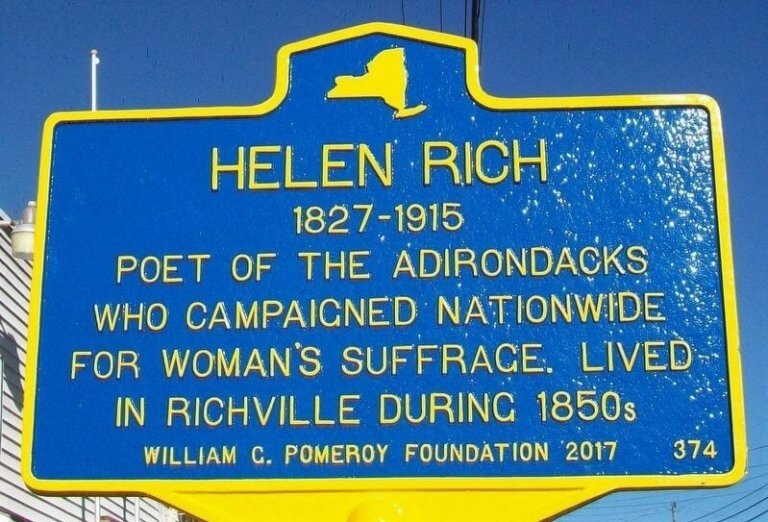 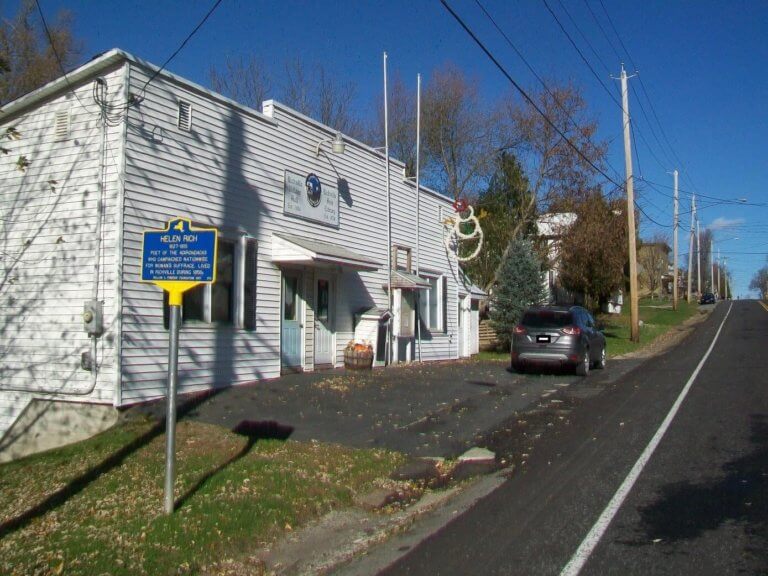 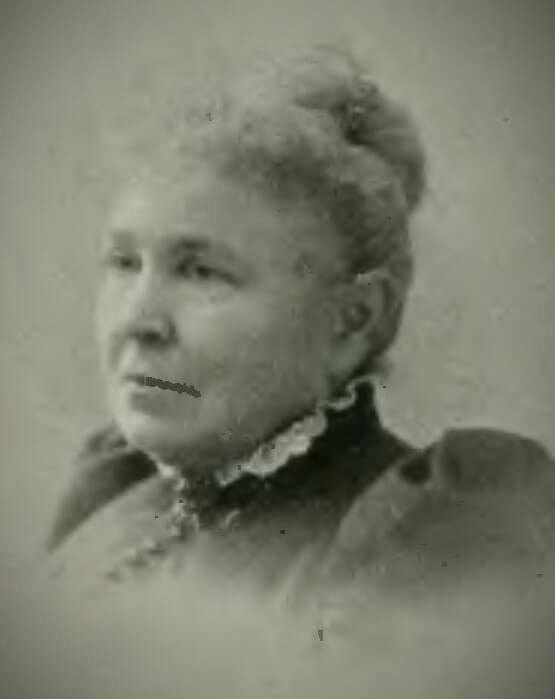