An officer in the Civil War with New York’s 91st Regiment, Captain Henry Crounse lived on this land from the time he was a young child until his death in 1901.

As recorded by the New Scotland Town Clerk’s “Registers of Men Who Served in the Civil War, Ca. 1861-1865”, Captain Crounse was born to John Adam Crounse and Elizabeth Martin on February 28, 1818. The “Brinkmaan Bible Records,” compiled in The CAPITAL (1990), state he was raised in the New Scotland area.

In 1861, Henry Crounse enlisted in the Union Army during the Civil War as a captain, where he served in New York’s 91st Infantry. The 91st Infantry, according to the National Park Service, was organized out of Albany, New York and was utilized in the Florida, Louisiana, and Baltimore areas. According to Captain Crounse’s records of military service, as seen in the “Records of Men Who Served”, Crounse was at the Battle of Irish Bend, which occurred April 13th, 1863. Alternatively known as Nerson’s Woods or Franklin, a description of the battle can be found in one witness’ letter to the editor of New Orleans’ newspaper called Era. Unhappy with the newspapers’ original publication of the 91st Infantry’s involvement, the witness wrote to the paper May 26, 1863 and stated that a previous article’s description was “pure fiction.” The man then went on to detail how the 91st Infantry was able to “[brake] the enemy’s line of battle” and capture “many prisoners in the woods.” Those prisoners then went on to claim that they “would have captured the battery had it not been for the advance and very destructive fire of the Ninety-first.” The battle would then go on to end in a Union victory.

It was not long after the Battle of Irish Bend that Captain Crounse had to resign from the military. His service records compiled by the town clerk list his resignation as being due to a physical disability, and on October 24, 1853, Captain Crounse was officially retired from the Union Army.

After his retirement from the military, Captain Crounse returned to the farm where his family continued to reside. The farm provided a home for not only his children but also grandchildren, which can be seen in the United State Federal Census record of 1880. That year shows all of his children had moved out, but he had the addition of a granddaughter, Eva Crounse. Captain Henry Crounse passed away on March 21, 1901. Though remodeled, as of 2019 the site still contains many of the original farm buildings. 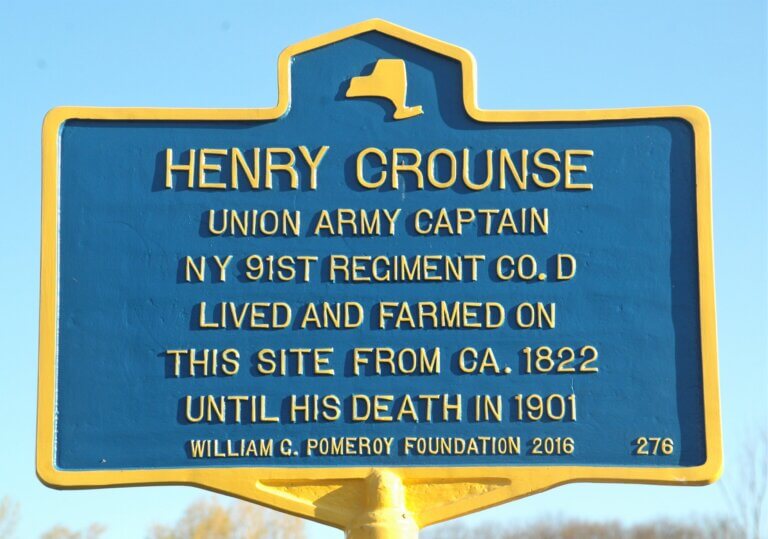 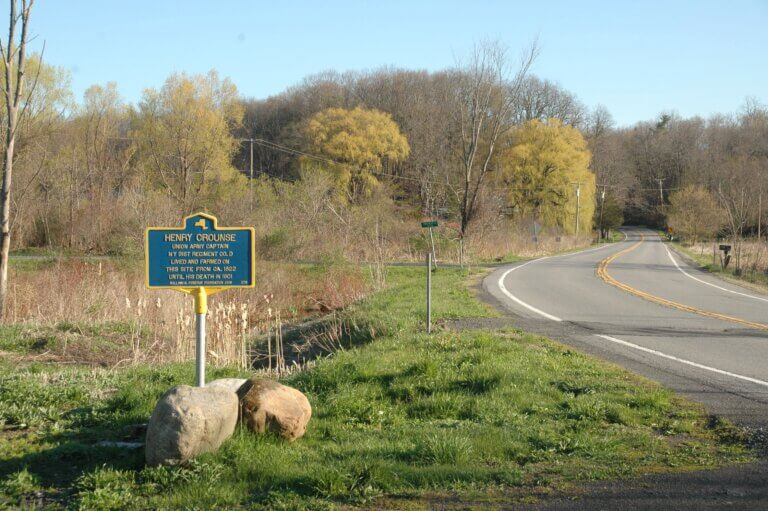