This historic church first formed in 1817 as a Presbyterian Church. In 1839, the Oswego County Anti-Slavery Society met here. It was moved from its original site and has been at its current location for more than 140 years.

On June 30, 1817, the Congregational Church was organized in the recently formed Town of New Haven (Landmarks of Oswego County, John Charles Churchill, 1895). As of 2019 Oswego County Clerk’s office still held the formation papers that church elders filed back in 1817. According to these records, Ori Rowe was selected as the chairman and Nathaniel Marvin was picked as the secretary of the society. Six trustees were designated. In total, thirteen people advocated to form this church and religion in town (History of Oswego County, Crisfield Johnson, 1877).

One month later, in July 1817, they were arranged as a church. In 1824, a church edifice was built. Later in the 1870s, the same building continued to be utilized. Church membership was reported to include 109 people (History of Oswego County).

This church held at least one Anti-Slavery Society meeting on February 20, 1839 (Oswego Palladium, 13 Feb 1839). The American Anti-Slavery Society formed in 1833 in Philadelphia, PA and quickly gained popularity in New York State (Constitution of American Anti-Slavery Society). Often these society meetings were held in churches or other religious meeting places and encouraged people to join their cause and fight for the abolition of slavery. At this particular meeting in 1839, the Oswego County Anti-Slavery Society met to incorporate a new article to their constitution which asked that members fight to end slavery and that each member only vote for a man “who does not give evidence of his regard for the privilege of freedom by having identified himself with the cause of abolition” (Oswego Palladium).

As of 2019, the Presbyterian Church was still open to the public and holding weekly services. 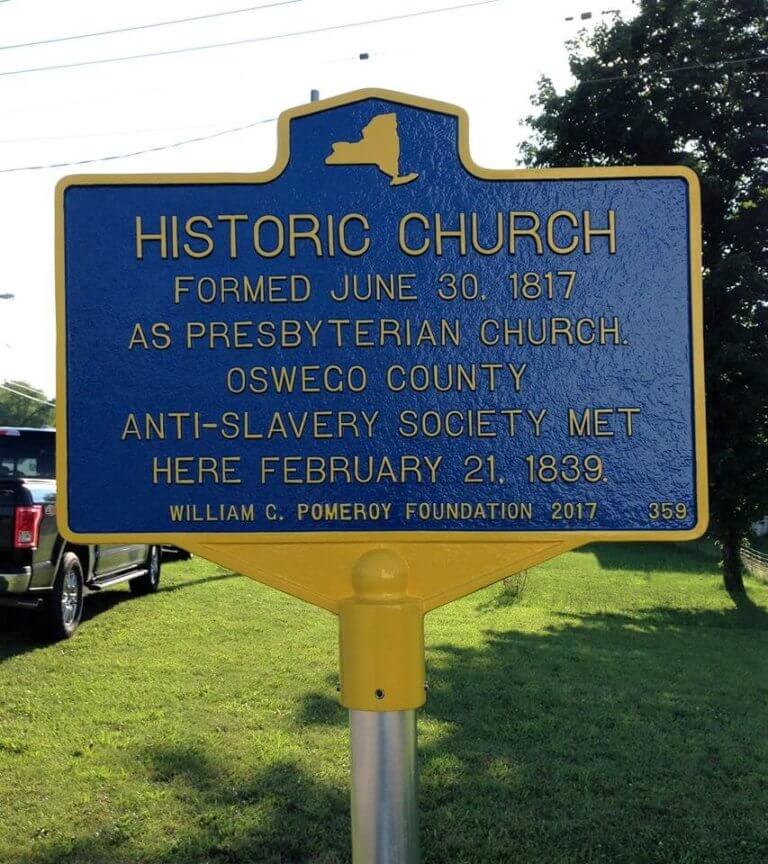 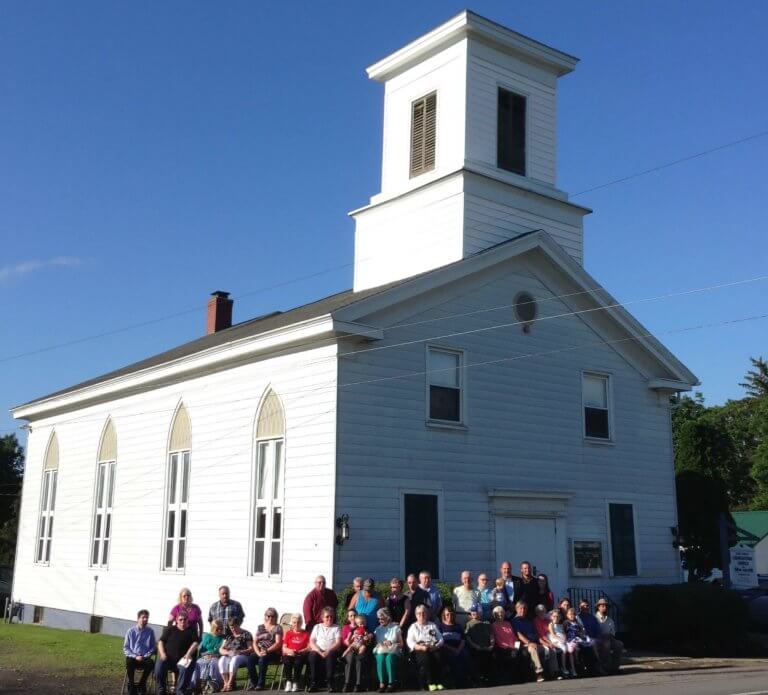