During the late 18th century many towns across Oswego County were established. Few roads existed throughout the countryside therefore waterways served as traffic ways. Many early residents built their homes along the waterfront to capitalize on the resources that a nearby water source brings (History of Oswego County, New York, Crisfield Johnson, 1877). The Town of Volney is located along one such waterway – the Oswego River. Before the construction of the Oswego canal, “goods were brought down from the East through the Mohawk River, Oneida Lake, and Oswego River to a point just above the falls in the Oswego River at what is now Fulton” which is only a short distance from Volney (“Early Van Buren Residents of Oswego County,” J.E. Horrocks, Oswego County Historical Society Yearbook, 1940). Homesteader John Van Buren purchased land in Volney just outside of present-day Fulton to build his home.

As stated in the National Register application, there were originally three buildings were on John’s property; the Tavern, a smokehouse and the house that the family lived in, while the main house was being built. The Tavern is a large brick building with six over six windows. The house plan was altered to “separate tavern activity from those parts of the house used solely by family members”. The main floor was mostly kitchen and a barroom, while the second floor included a ballroom, ticket office and dressing rooms. The Tavern “became a popular stopping place for river travelers as well as the nucleus for the family business in transportation and trade”.

In 1821, family patriarch John Van Buren passed away and his son, Jacob assumed ownership of the Tavern. The opening of the Erie Canal in 1825 dramatically increased the amount of river traffic for the Van Burens (The Story of the New York State Canals, Roy Finch 1925). The Tavern soon took on the appearance of a “small community”, equipped with a blacksmith tool houses, grocery store, horse stables and a cooper’s shop (“Early Van Buren Residents of Oswego County” & “Story of John Van Buren Mansion.” J.E. Horrocks, Oswego County Historical Society Yearbook, 1946).

As of 2020, the Tavern and the Pillars houses are still standing and occupied by families who maintain the historic appearance of their 19th century homes. Both were added to the National Register of Historic Places in 1988. 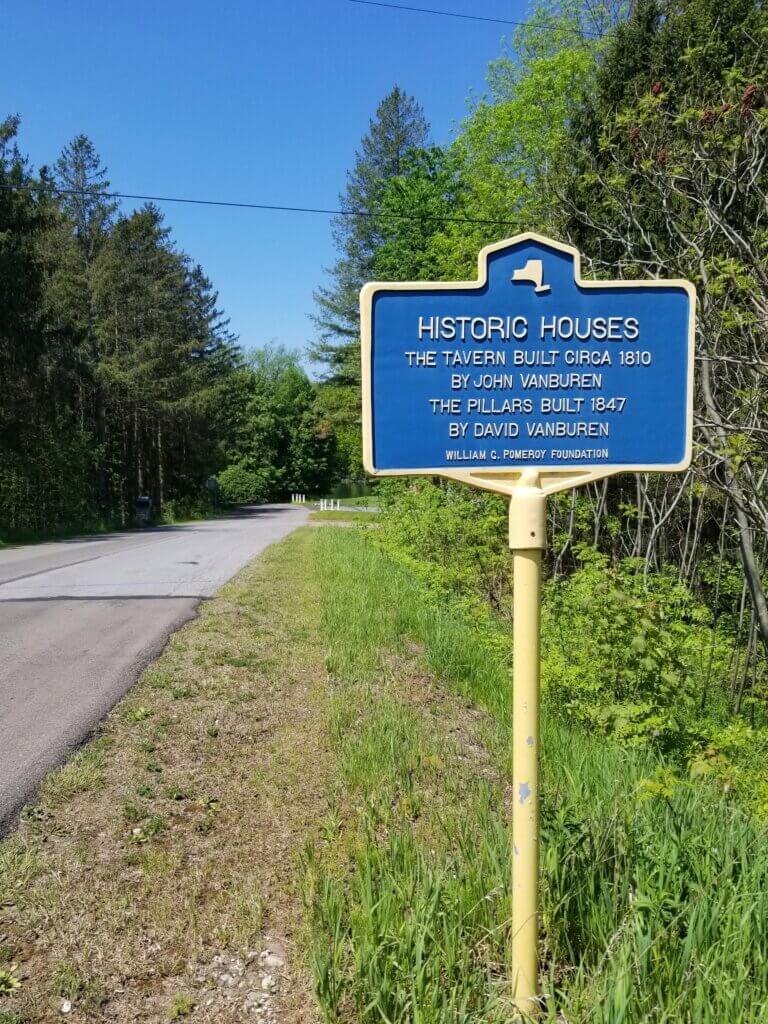