Holy Angels Catholic Church is the mother church of Sandusky. Reverend Joseph P. Machebeuf, a French Missionary, began ministering to Catholics in the Sandusky area in late 1839. Soon after, William H. Mills offered five lots, $530, and the materials needed to build a church. Father Machebeuf laid the cornerstone on October 13, 1841, and services were held in 1842. By Christmas of 1845, the building was complete, the steeple added, and the bell installed. The congregation was mostly Irish emigrants. In 1855, as more Germans settled nearby, they built St. Mary’s Mother of Sorrows Church. The city’s expansion prompted the building of Sts. Peter and Paul Church in 1871. Holy Angels became a mission church of Sts. Peter and Paul until 1875 when Holy Angels was assigned its own pastor and reopened. 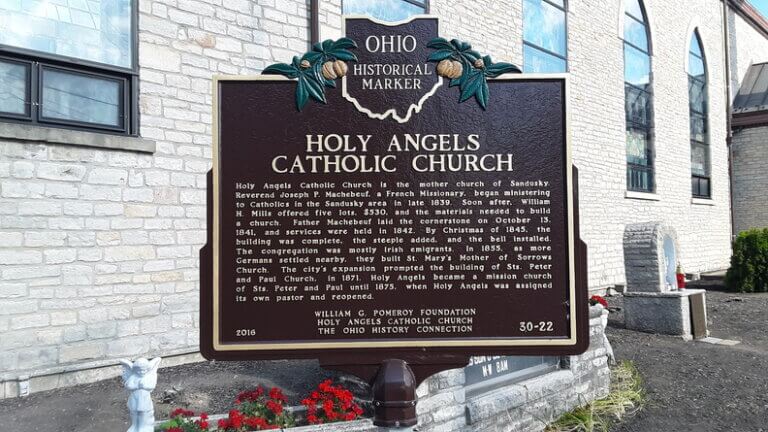 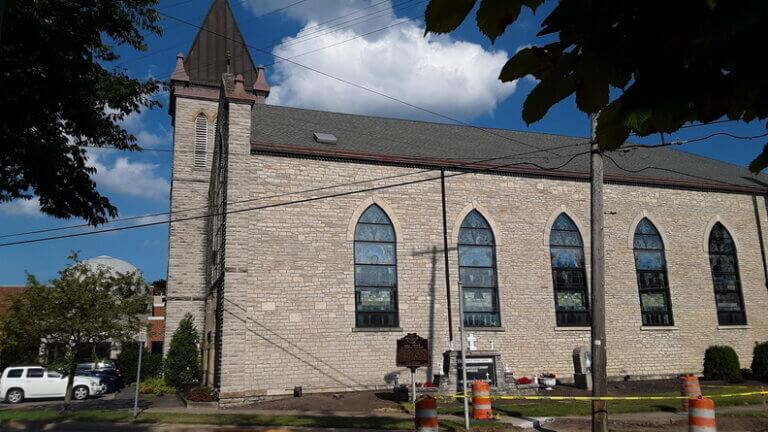