In 1903 there was a devastating hotel fire in Lake Ronkonkoma, New York. Claiming the life of one guest and injuring many others, according to the August 7th edition of Suffolk County News, the fire spurred volunteers into organizing the Hook and Ladder Company No. 1, the village fire department, in 1904.  It was incorporated in 1906.

The Company originally protected an area of five square miles, including Ronkonkoma, Lake Ronkonkoma, Centereach, Lakeland, Lake Grove, Holbrook, Holtsville and Farmingville. Company history records that dues of 15 cents per month supported the organization as well as donations and social functions run by the company. Historical newspaper ads show the firehouse was often rented to various community groups who held sporting events, plays, concerts and dances. The most successful form of fund raising, however, was the Fireman’s Fair, which were very popular social gatherings. The proceeds allowed the Company to purchase its first fire apparatus, a horse-drawn vehicle which carried one hundred feet of hose.

When a new, larger firehouse was dedicated on August 4, 1924, the Hook and Ladder Company No. 1 moved to Portion Ave. Lake Ronkonkoma Historical Society notes that in 1924, the original structure became Geza Adams Pocketbook Store, and later the Colonial Flower Shop, in 1959. 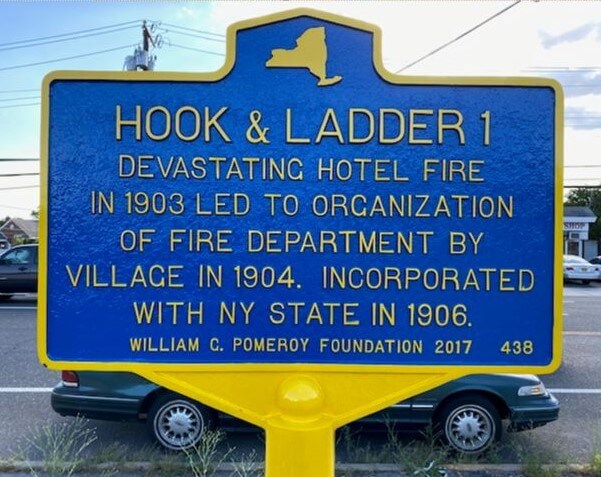 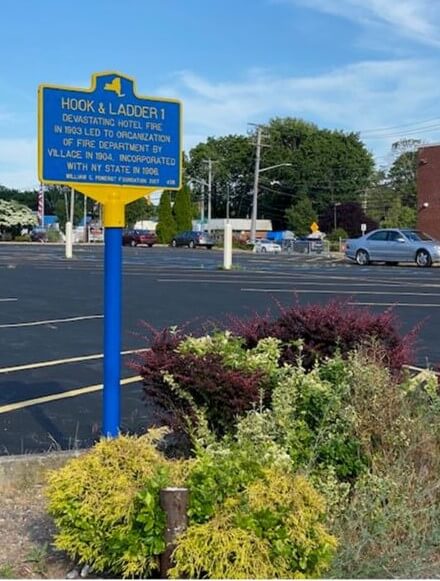