Howland School was the vision of George Howland who bequeathed $50,000 for a school for women to be established in Cayuga County. After the school’s closing, the building became the Union Springs Hotel and a sanitarium. The building was eventually razed.

George Howland, a New Bedford, Massachusetts native, wished to establish a school for women that focused on “thorough moral, intellectual and religious training” (Prospectus of Howland School, For Young Women, 1872). Upon his death, he left a school fund of $50,000 for the purpose of creating a school in Cayuga County. According to an article in the Auburn Morning News, published July 8, 1874, the Howland Collegiate Institute was founded in 1863. Later it was abbreviated to be known as the Howland School. George Howland’s son, Robert B. Howland, served as president of the school (Prospectus of Howland School, For Young Women). The school followed a trimester schedule and offered an array of courses and electives. After graduating, the school offered a program where students could take post graduate courses on campus for a year (Prospectus of Howland School, For Young Women). The average price to attend Howland School was around $400 a year for boarding students (Biennial Catalogue of Students at Howland School, 1872). This was no small sum of money. According to the Bulletin of the U.S. Bureau of Labor, published in September 1898, the average monthly wage for workers in 1872 amounted to $49, or $588 annually.

An article from the Union Springs Advertiser, dated July 8, 1880 includes a commencement speech that Howland presented to faculty, staff and students. In the speech he references that he has reason to hope that the school will open for a full term, suggesting potential trouble. No further articles are found which detail what happened, other than the fact that the school permanently shut its doors not long after this speech was made. On April 12, 1886 the Buffalo Evening News announced that the Howland School would be converted into a sanitarium. The Union Springs Sanitarium was operated by Dr. Franklin Pierce who wished to help those suffering from chronic diseases as well as people who were looking for rest and recreation (Announcement of the Union Springs Sanitarium pamphlet, 1886). One newspaper article remarked that it, “was famous thruout [sic] the eastern United States for its sulphur baths and its quiet and beautiful location. Patients swarmed to the sanatorium during the summer months and it often accommodated as many as 200 patients during the year.”

Despite early successes, a 1900 Union Springs Advertiser article, reported that Pierce was selling the sanitarium. Later, a 1911 newspaper article of unknown origin stated that Pierce sold the property to “a New York man” who made it into a modern hotel. This building was sold once again to a Syracuse business man who hoped to reopen the hotel. Despite these efforts, the building was razed in around the 1960s.

As of 2020, the Generations Bank resided on the site of the former Howland School/sanitarium. 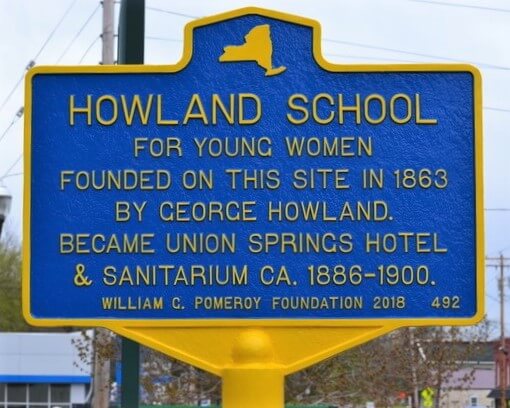 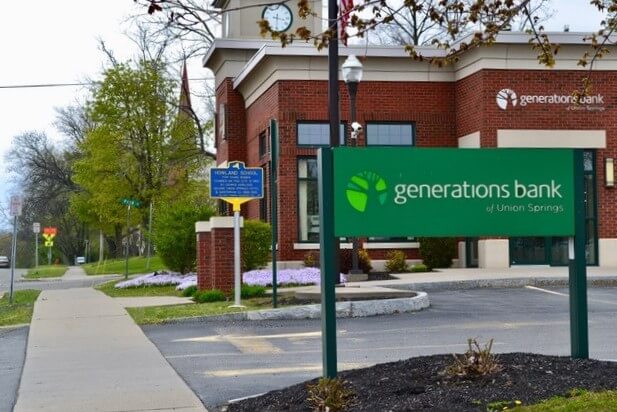 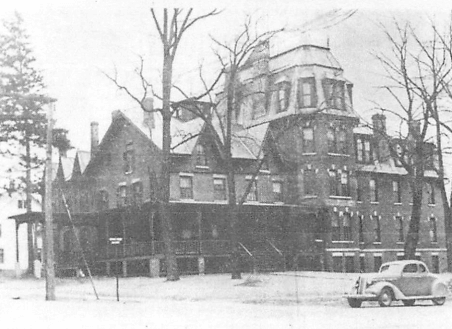