Legend has it that noted American author Washington Irving loosely based his character Ichabod Crane from “The Legend of Sleepy Hollow” on a real schoolteacher named Jesse Merwin. Irving lived in Kinderhook for a time and is said to have known Merwin. This marker is located in front of the Ichabod Crane Schoolhouse next to the historic Luykas Van Alen House in Kinderhook, New York.

“The Legend of Sleepy Hollow” begins by going into great detail about the main character, Ichabod Crane. A school teacher from Connecticut, Ichabod was described as tall and “exceedingly lank” with “his whole frame most loosely hung together.”  Ichabod was also known to be concerned with the dealings of witches and the supernatural, and many of the locals from Sleepy Hollow took it upon themselves to fill his head with stories of ghosts and spirits said to roam the country roads. On one particular night, Ichabod was riding home alone after a night of party going with his fellow town’s folk when he encountered a figure riding forward from the dark. Upon discovering that his fellow horseman was headless, Ichabod took off towards a bridge that the ghost was supposed to reach and disappear “in a flash of fire and brimstone.” Instead, the headless horseman rose up in his saddle and threw his head at the shocked Ichabod, who attempted to duck out of the way but ended up being knocked out his saddle. The next morning Ichabod was nowhere to be found, and all that was left to tell the story of the night before was a flurry of hoof prints next to the brook, where the tale states Ichabod’s hat was found lying innocently next to a smashed pumpkin.

While Ichabod’s story is well known today thanks to many retellings in movies and TV shows, when it was originally published in The Sketch Book, its counterpart, “Rip Van Winkle,” seemed to be the more favored of the two. Despite this, both stories have been hailed as “the two great Hudson River legends” by Yankee magazine, and they are both credited with making Washington Irving the “father of American Literature.” Inspiration for the tales came from Irving’s time spent along the Hudson, and for “The Legend of Sleepy Hollow,” it was specifically his time in Kinderhook that spurred the creation of one of his most well-known characters.

Jesse Merwin was a long-time resident in Kinderhook and moved to the area with his parents and two brothers from Connecticut in 1808. Merwin then took up the position as a teacher in the local one room schoolhouse, and as was tradition for country school teachers, would board with his students for a week at a time. In 1809 Merwin happened to be boarding with Judge William P. Van Ness at the same time Irving was visiting, and the two made an immediate connection. After Irving moved on and continued his travels, they maintained their friendship through letters, often reminiscing about the time they spent together in Kinderhook. Merwin was only a teacher for a short while longer after meeting Irving, because in 1810 his father-in-law passed away, leaving Merwin the farm. This prompted Merwin to give up teaching and become a fulltime farmer. Irving, however, never seemed to forget Merwin, the schoolteacher, and used him as inspiration for his own gangly schoolteacher from Connecticut. The Works of Washington Irving: Life and Letters compiled by Pierre M. Irving states that Irving even endorsed one of the many letters he received from his friend with, “From Jesse Merwin, the original of Ichabod Crane.” 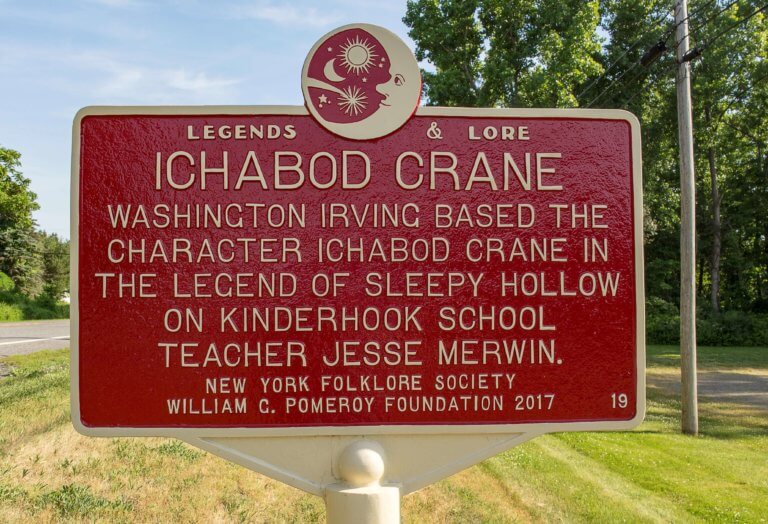 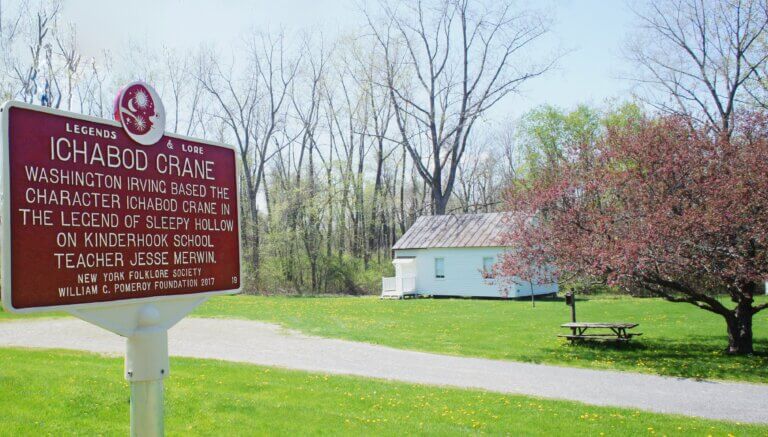 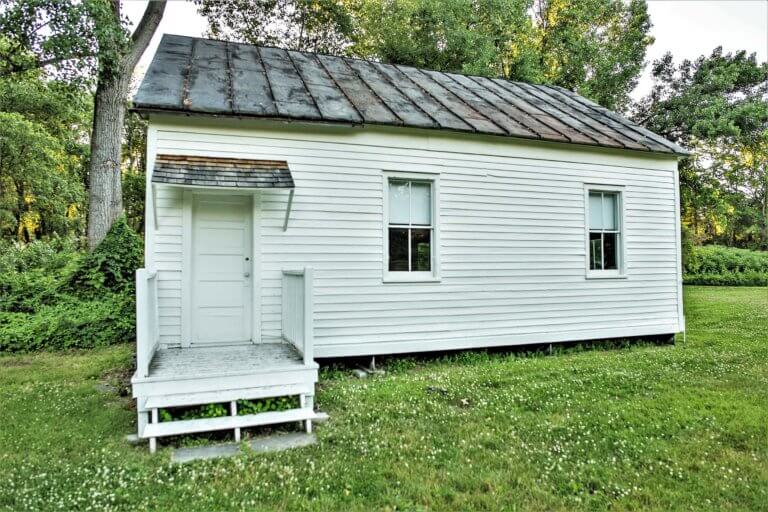