Near this site Inez Milholland, suffragist, war correspondent, and labor lawyer, is buried. A strong proponent of women’s rights, she was a popular speaker. Milholland is probably most famous for when she rode astride a white horse leading the 1913 Suffrage Parade in Washington, D.C. Tragically she died at the age of 30 while campaigning for women’s right to vote in Los Angeles, California.

Stated as being “the most beautiful girl in the suffrage movement” by the Ogdensburg Journal on January 22, 1913, Inez Milholland lived a life that took her far outside the normal expectations for a young and lively society woman. Born in Brooklyn, NY, she spent her youth divided among New York, London and Berlin. As a child, the Sun stated that Milholland was known for playing with children that came from poor families, even willingly leaving her aristocratic friends behind when they refused to associate with the “dirty little…children.” The article from December 17, 1916 went on to describe how Milholland’s fiercely independent thinking continued into her school years, stating that her teachers in England and Germany “found in the brilliant Inez a problem such as they had never encountered before.” As it goes, the Sun retells a story that states Inez “just couldn’t stand” the school in Germany anymore and took it upon herself to return home to England a week early, surprising her mother who had been in the process of arranging her homecoming.

Milholland’s college career began at Vassar, where she soon stood out as an active and involved student. The Sun noted in its article that she participated in multiple theater productions, was captain of the field hockey team, and broke records on the track and field team, all while completing a full course load and graduating with honors. One of the other important activities that Milholland chose to involve herself with while at college was women’s suffrage, and though she had been denied the opportunity to hold parades and meetings by the president of Vassar, Milholland found a way to host the first meeting for women’s suffrage at the college. The Evening Enterprise reported on June 9, 1908 that since President Taylor would not permit the women to meet on campus, Milholland had arranged for the gathering to take place in a nearby cemetery, successfully gathering around 60 students, alumnae, and speakers for an hour long meeting.

After graduating from Vassar, Milholland decided to pursue a degree in law, but it was reported by the Sun article of 1916 that she was denied entrance to Harvard based solely on her gender. Milholland was eventually able to gain entrance to New York University’s law school, where she graduated and went on to use her degree to better “defend the oppressed.” Along with her work as a lawyer, Milholland continued working for the suffrage movement, having become recognized nationally after she was stated to have completely disrupted a presidential campaign parade. The Evening Enterprise wrote in a November 2, 1908 article that Milholland had taken up a megaphone and was shouting out a window, “Votes for women!” Cries then came from the crowd of onlookers for a speech, and as she spoke, the parade actually came to a halt as it was reported about 2,000 men stopped to listen.

It was in 1913 that Milholland “made her most celebrated public appearance” in favor of women’s suffrage, and in an article for Time, Joanna Scutts wrote about how “Milholland made an imposing figure” dressed in all white and sitting atop a white horse. The article from July 16, 2016 went on to say that she used the indomitable image she projected to subdue the crowd, which was stated to have grown increasingly drunk and disorderly. Not long after, in 1915, Milholland became invested in pacifism and World War I and was sent to work as a reporter in Europe, but due to her inability to “sustain a pretense of journalistic impartiality,” was kicked out of Italy.

Said to be “one of those people who could not be happy while others suffered,” Milholland worked tirelessly to promote the social justice she believed everyone deserved. The Sun article from 1916, which was meant to commemorate her work as a suffragist and lawyer, wrote that Milholland had refused to take a break despite her feeling unwell, and while on a speaking tour of the American West, collapsed at the podium. She was unable to recover and passed away on November 25, 1916.

This marker stands near the site of her burial in Lewis, with a second marker in nearby Westport erected to memorialize a family home. 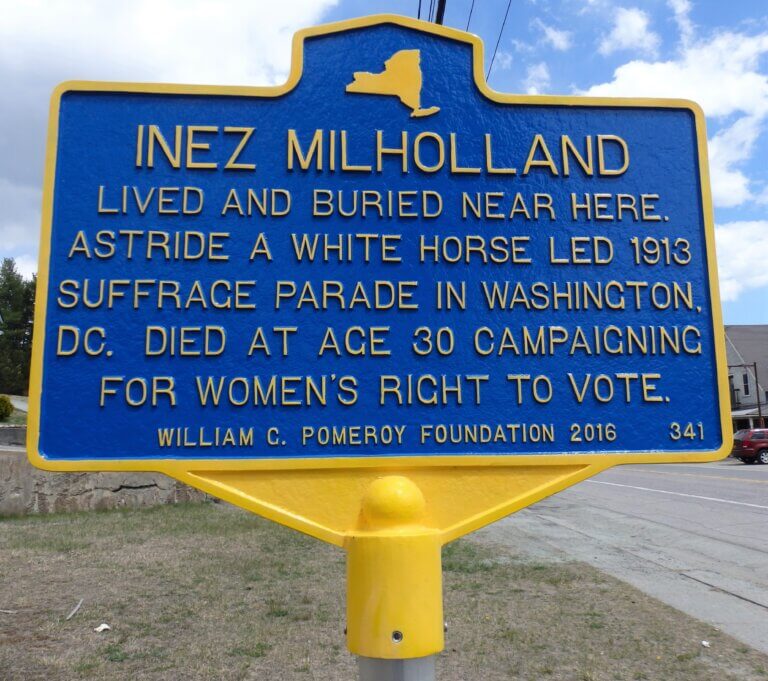 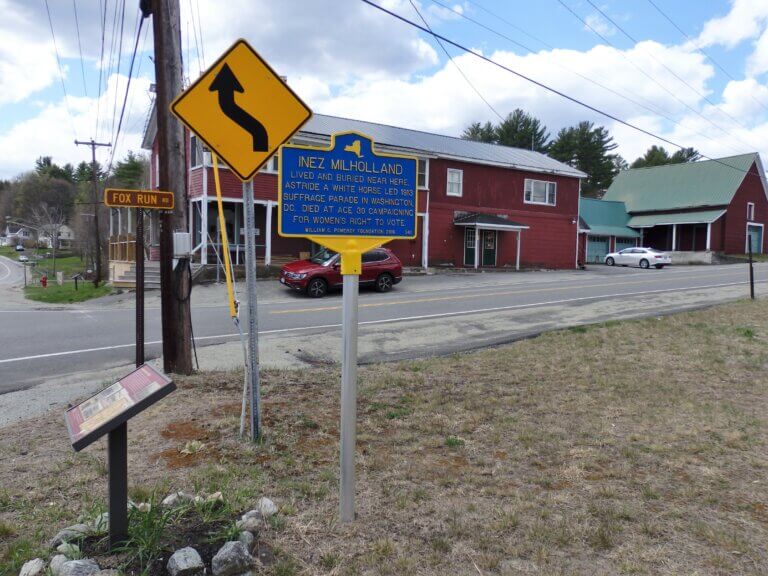 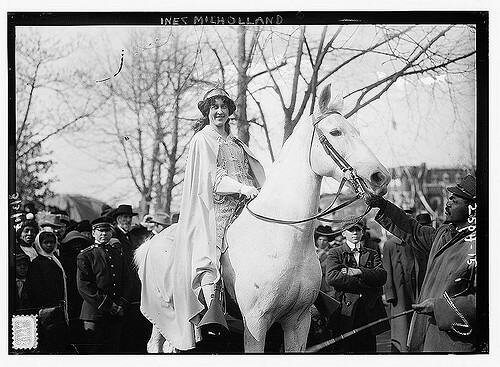 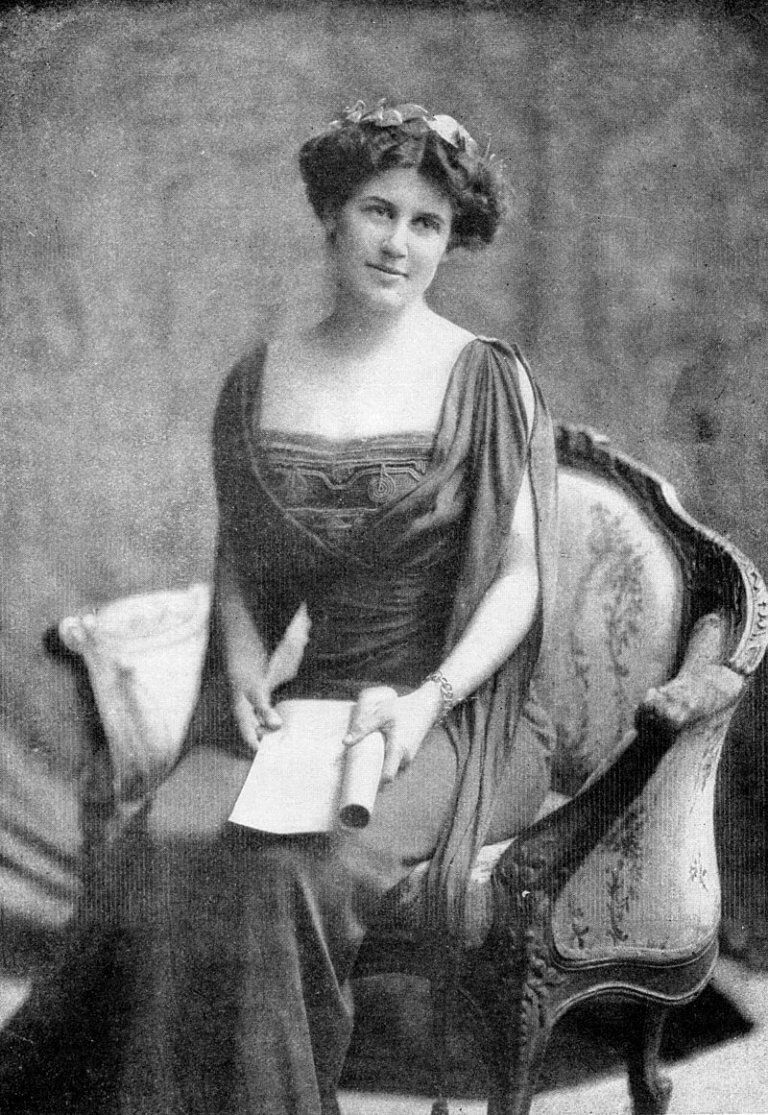