Taking nearly a decade to build, the Erie Canal was an impressive feat of modern engineering. Spanning 363 miles, this artificial waterway featured locks, aqueducts, and bridges which traversed the diverse geography of New York and connected the East Coast to the Great Lakes. In the village of Clyde, NY an iron lift bridge once stood over the old Erie Canal. Built in 1888, this bridge was erected by the Hilton Bridge Construction Co. out of Albany and cost nearly to $7,000 to build, according a February 19, 1890 New York State Assembly Report. With its sophisticated and complex hydraulics, the bridge could be lifted over the water in order to allow large vessels traveling on the Erie Canal to pass unencumbered. This bridge stood for nearly 30 years until it was removed in 1917 to make way for a barge canal. 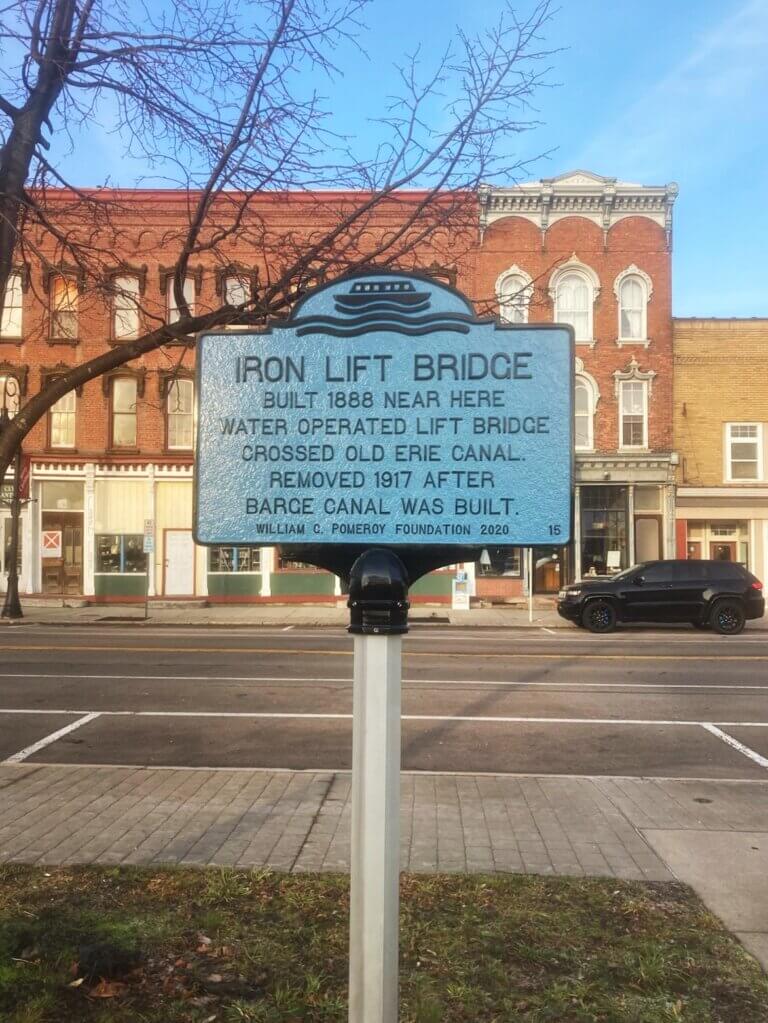