Jean Arthur, born Gladys Georgiana Greene, on October 17, 1900 in Plattsburgh, was a screen actor of the 1930s and 1940s. She became a star in 1936 playing reporter Babe Bennett in Frank Capra’s Mr. Deeds Goes to Town. For the next eight years, she was a sought after leading lady and was called “Queen of the Hollywood Screwball Comedy.” Her films include: You Can’t Take It With You, Mr. Smith Goes to Washington, The Plainsmen, The More the Merrier, and Shane. In 1950 she enjoyed success on Broadway in a production of Peter Pan.

Arthur was working as stenographer in New York City, while, according the 1920 United States Federal Census, living with her parents. An article from the New York Times on June 20, 1991 states that around the same time, she was beginning to model and through that was able to get into acting. Once given a chance, Arthur began to hone her acting skills in silent films. Her early attempts to gain success in Hollywood were relatively futile, however, an article from the Seattle Daily Times on July 11, 1937 describes how she was able to eventually get her big “breakthrough” in the movie industry. Unable to make much initial progress, Arthur decided to return to New York City to pursue acting in plays and on Broadway. While there, the article states that she was spotted by a talent scout for Columbia, who managed to sign her to a contract and bring her back West. That contract is stated as the reason she received a role in The Whole Town’s Talking (1935), which prompted the talent scout to say, “After that she was made.”

Arthur would go on to act in many more films, continuing to rise in popularity. Her obituary from the San Francisco Chronicle on June 20, 1991 states that part of her success is attributed to her “wit and cracked husky voice,” which would go on to make her “one of Hollywood’s most popular comedians.” Arthur would later claim that Frank Capra helped to nurture her skills, and her talents were recognized with a nomination for the Academy Award for Best Actress for her role in The More the Merrier (1943). The last film she would act in was Shane (1953), and after that she would return to acting infrequently. Arthur’s most notable comeback was documented on September 11, 1966 in the Newark Star-Ledger, where she was discussing her new show that was to run on CBS. Called “The Jean Arthur Show,” it was meant to star her as a “lovely uninhibited, wise and mildly kooky lawyer” but ran for only 12 episodes.

Along with skills and abilities as an actresses, Arthur was also known for being a sort of recluse. Arthur stated in an article printed in the Milwaukee Journal on July 11, 1937 that she disliked publicity, personal appearances, and the “probing into personal lives” that accompanied being famous in Hollywood. She continued on to say that she “hate[d] to meet new people” and never knew what to say when interviewed. The article then mentions that she was never seen out at popular night spots or parties that were frequented by other famous people. Despite this, those that worked with her maintained that she was a genuine person. One man who had worked closely with her was quoted in an interview published in the San Francisco Chronicle on August 20, 1967, stating that she was “one of a kind” with “affinities on a subliminal level” and “tremendous physical energy.” The man was then stated as saying she had an “inner glow which was timeless.”

Arthur’s obituary states she passed away in Carmel, California at the age of 90, and as of 2019, the marker stands outside the house that Arthur lived in during her time in Plattsburgh. 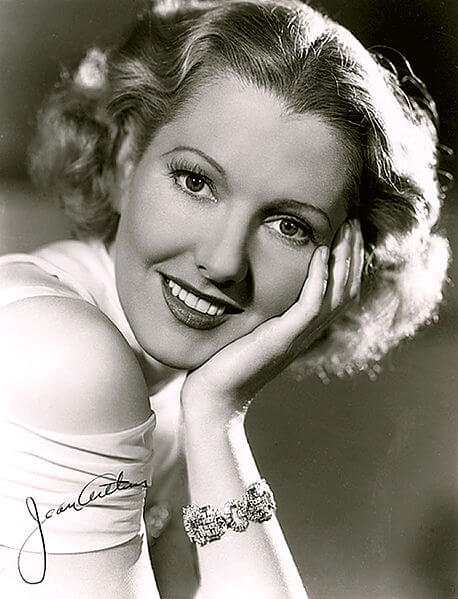 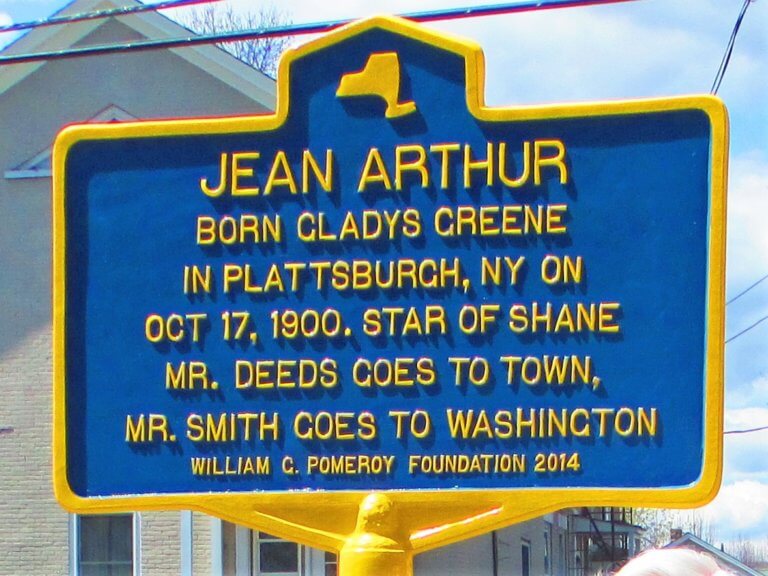