The former home of American civil engineer, John Bloomfield Jervis (1795-1885) is found at the corner of Washington and Elm Street in Rome, NY. Born on December 14, 1795 on Long Island, Jervis rose to prominence as arguably one of the nation’s most preeminent civil engineers. He began his career with the construction of the Erie Canal, then went on to build the Delaware and Hudson Canal system. As the popularity of railroads grew, Jervis became involved with the engineering and development of railroads in New York State. His crowning achievement as an engineer was his role as Chief Engineer in the construction Croton Aqueduct and the Harlem River High Bridge. The Croton Aqueduct was a truly amazing feat of modern engineering, and served the important purpose of supplying New York City with water. An integral part of the aqueduct system was the Harlem River High Bridge. This towering structure which spanned across the Harlem River, carried water from the aqueduct into the city.

Between 1857-1858, Jervis built his home in Rome, New York and lived there until his death on January 12, 1885. Jervis bequeathed his home and personal library to the City of Rome to serve as a free community library. His home still stands and is attached to the library which bears his name. 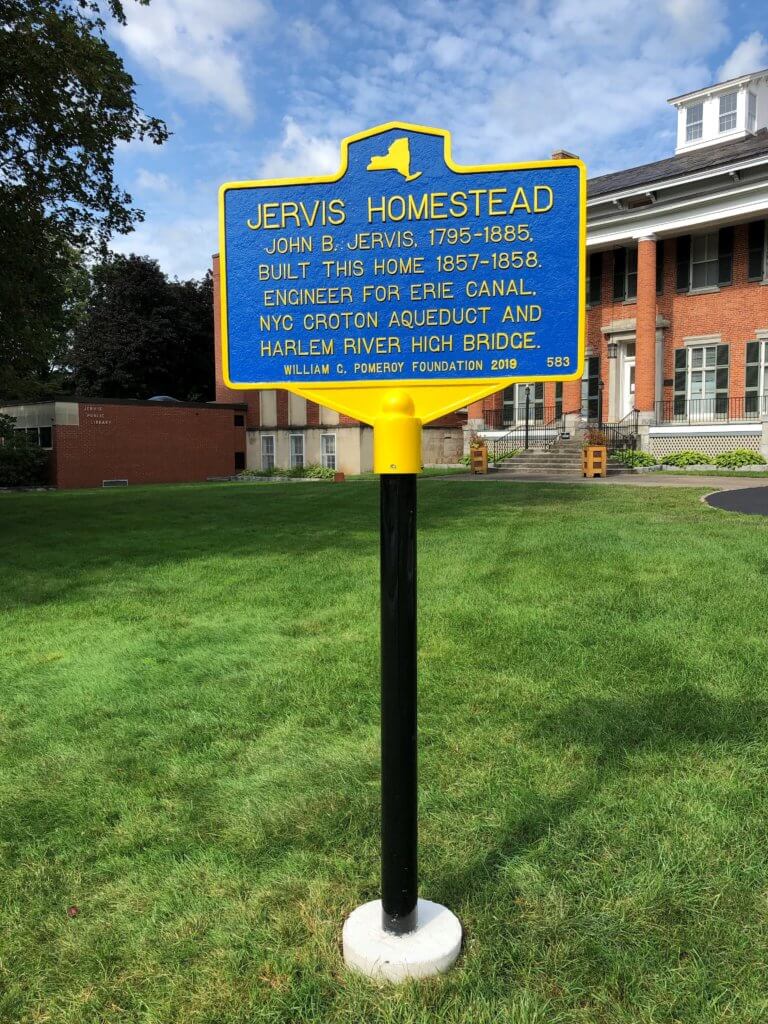 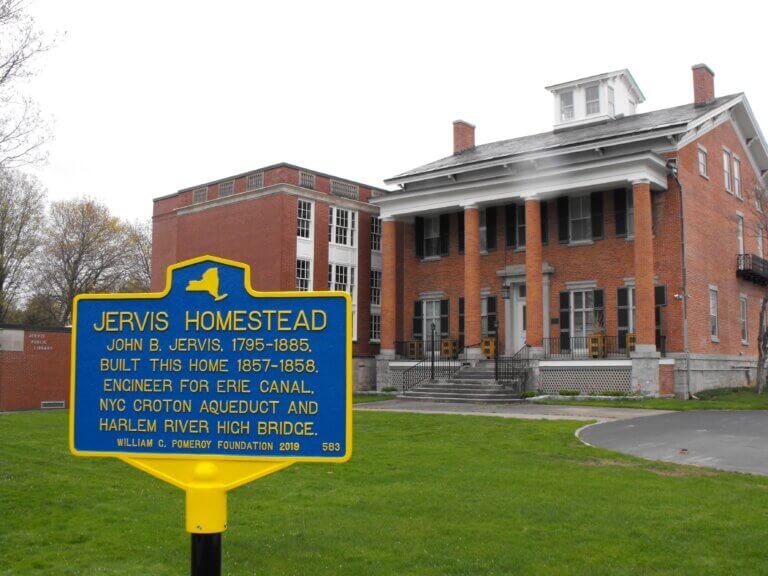