Johnnie Clyde Johnson was born in Fairmont, West Virginia on July 8, 1924. His parents owned a piano, and by age seven, young Johnnie taught himself how to play. It was soon evident that he was born to play piano. As he grew to adulthood, Johnson was heavily influenced by the jazz and boogie-woogie music he heard emanating from bars in his neighborhood.

As a young man, Johnson joined the Marines and served during World War II. Following the war, he spent several years in Chicago before settling in St. Louis in the early 1950s. He started his own R&B band named the Sir John Trio. One fateful New Year’s Eve the band was booked for a gig but one of its members fell ill. With little time to find a replacement, Johnson hired a then unknown and inexperienced Chuck Berry. Not long after Berry became a permanent member of the Sir John Trio and later, band leader. Fellow musician Muddy Waters introduced Berry to Chess Records, where Johnson and Berry recorded the song Maybellene. It became an instant hit and some cite this as a pivotal moment for the birth of rock ‘n roll.

While Johnson left Berry’s band in the 1960s, the two collaborated over the next 20 years on songs such as School Days and Roll Over Beethoven. It is widely believed that the song Johnny B. Goode was written by Berry as a tribute to Johnson. Johnson started another band in the 1970s, although he eventually released several solo albums later. In 1986 he appeared in the Chuck Berry documentary Hail! Hail! Rock and Roll, which brought renewed interest in his musical career. Johnson went on to work with many prominent musicians across multiple genres, including: Eric Clapton, Aerosmith, Keith Richards, Bo Diddley and George Thorogood. In 2001 Johnnie Johnson was inducted into the Rock & Roll Hall of Fame in its”sidemen” category.

Johnnie Johnson passed away in St. Louis on April 13, 2005. He was survived by his wife Frances and their ten children. Johnson was posthumously awarded the Congressional Medal of Honor for his role in breaking racial barriers as a Montford Point Marine during World War II. His unit was the first all Black marine unit in the United States military.

Johnson’s legacy continues on in his hometown of Fairmont, WV with its annual Johnnie Johnson Blues & Jazz Festival, held in July. 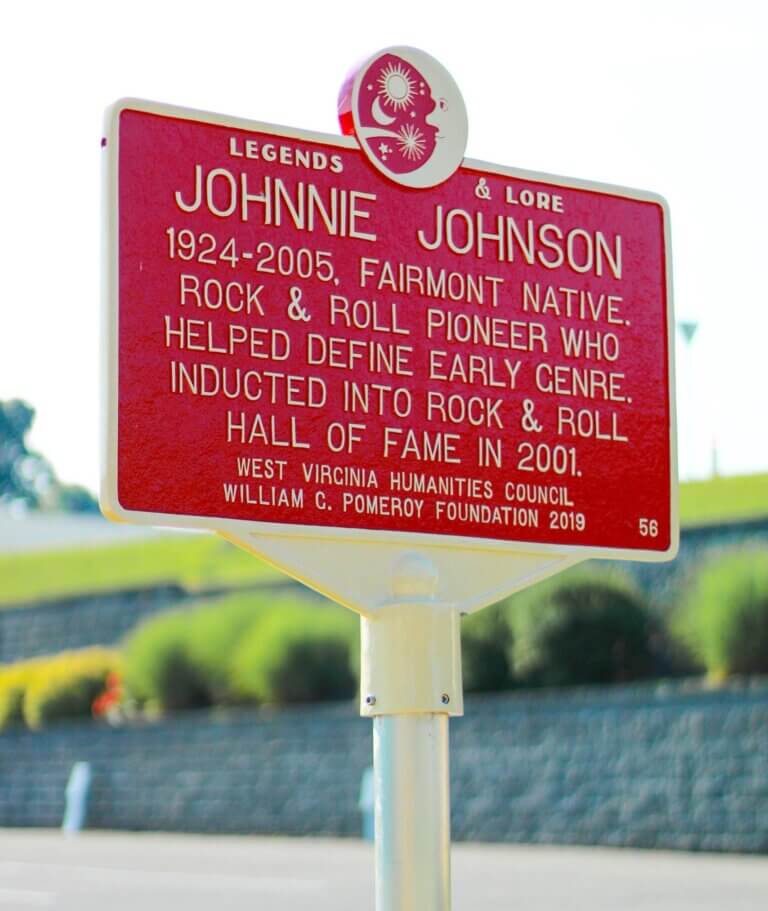