Kirk Douglas was born Issur Danielovitch to Russian immigrant parents on December 9, 1916 in Amsterdam, NY, 28 miles northwest of Albany. He grew up living on the East End at 46 Eagle Street, a “run-down, two-story, gray clapboard house, the last house at the bottom of a sloping street, next to the factories, the railroad tracks, and the Mohawk River.” Douglas’ story is the quintessential American rags to riches story, going on to star in such films as “Spartacus,” “20,000 Leagues Under the Sea,” and “Paths of Glory.”

Douglas was born Issur Danielovitch to poor Russian Jewish immigrants on December 9, 1916. He was the only son in a large family of seven children. In his 1988 autobiography, The Ragman’s Son, Douglas describes his childhood experience of poverty in Amsterdam, New York. He explained “it meant living in the East End, the opposite side of town from the rich people on Market Hill. It meant living at 46 Eagle Street, a run-down, two-story, gray clapboard house, the last house at the bottom of a sloping street, next to the factories, the railroad tracks, and the Mohawk River.” According to a May 12, 2012 interview published by The Hollywood Reporter, Douglas lived in this home until the mid-1930s when he hitchhiked nearly 200 miles north to St. Lawrence University in Canton. He received a college education on loan after pleading with the school administration to allow him admission. At this time he only had around $160 to his name. Douglas explains in The Ragman’s Son why he never returned to his hometown after leaving for college “I never went back for more than a day… There was so much unhappiness at home, I was trying to escape it. I saw myself with my mother, my six sisters . . . my father was never there” (Los Angeles Times, 9 Aug 1988).

After graduating from St. Lawrence University in 1939, he took a job at a summer playhouse in the scenic mountains of the Adirondacks (Gridiron, St. Lawrence University Archives, 1939 & The Hollywood Reporter). Once there, he changed his name to Kirk Douglas. In a 2012 interview with The Hollywood Reporter, Douglas recalled attending the performing arts conservatory, American Academy of Dramatic Arts in New York City. This training paired with connections he made, such as befriending Lauren Bacall, led to the rise of his stardom. Soon after, his emerging career was temporarily put on hold when he enlisted in the Navy to serve his country during World War II.

After the war, Douglas returned to New York City where he found parts in the theater and radio. Douglas’ first screen role was in Strange Love of Martha Ivers in 1946. After securing a few more supporting roles, Douglas’ first lead was in 1949 with the film, Champion. His performance was praised by The Brooklyn Daily Eagle as being “forceful and knowing that comes before everything else in making a superior melodrama of ‘Champion’” (11 Apr 1949). In 1955, he started his own production company, Byrna Productions named after his mother (The Hollywood Reporter). Byrna Productions made some of his most well-known films, such as Paths of Glory (1957), Spartacus (1960) and Seven Days in May (1964).

Kirk Douglas starred in around 100 films. As of 2019, he was still married to his second wife, Anne, of 64 years and had four sons, all of whom followed in their father’s footsteps to pursue film careers  (The Guardian, 12 Feb 2017). In interviews Douglas describes himself as competitive when it comes to his acting career and roles. Douglas credits this in The Ragman’s Son to his upbringing in Amsterdam, NY. He wrote “I was fighting for my life and my identity.” By the age of 102, he claims he found both during his distinguished career. 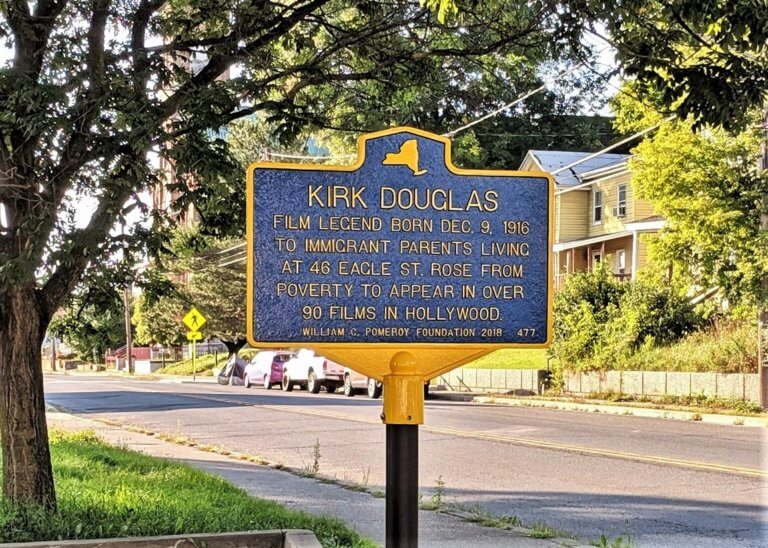 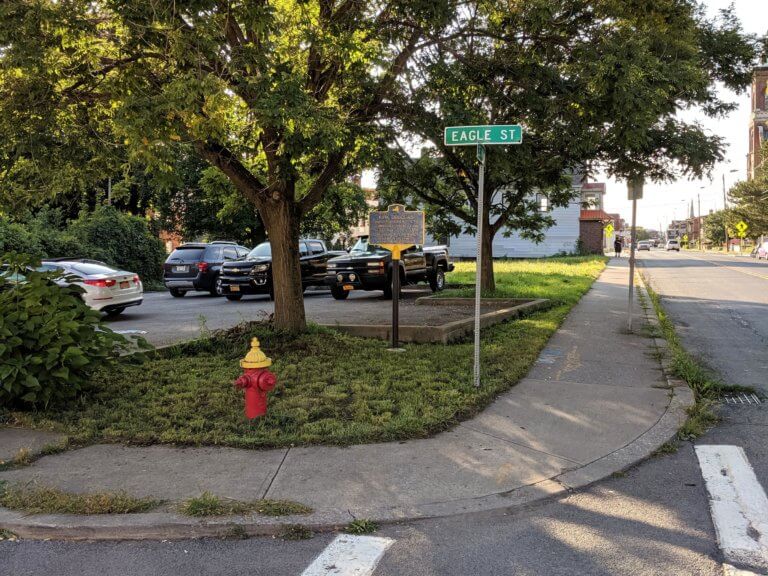 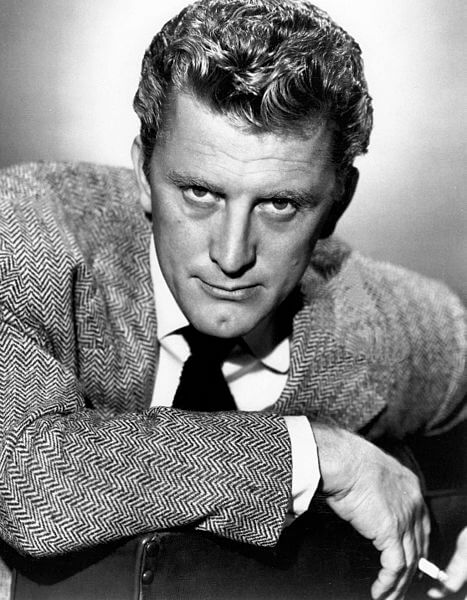