The Long Island Motor Parkway was an early toll road built exclusively for automobiles from 1908-1938. The Eastern Terminus to Lake Ronkonkoma was completed in 1911. The Parkway was 44 miles and connected Fresh Meadows, Queens, to Lake Ronkonkoma. A 5-by-5 inch porcelain annual-fee plate was issued to permit unrestricted year-round use on the parkway. Reflecting its poor profitability and the availability of new, free public parkways, the Long Island Motor Parkway closed for good on Easter Sunday, 1938.

The October 15, 1908 edition of The Automobile reported on the opening of Long Island’s first motorway, heralding a new era of motor-driven land transportation. Funded by motor racing enthusiast, yachtsman, and philanthropist, William K. Vanderbilt II, who “placed to his credit something which logically should come from a family whose members for three generations have figured into the history of transportation” the advantages of the parkway’s time-saving possibilities were also emphasized.

The Automobile touted Vanderbilt’s “prominen[ce] because of a racing cup bearing his name, add[ing] more permanently to his autoing fame by being the moving and responsible factor in the building of ‘the first road in the world for the daily use of the automobile’”. It also sought to dispel the “generally erroneous impression” that the new motorway was intended only for sport, however. Indeed, the L.I. Motor Parkway was described as “a race course only incidentally and not constructed exclusively for high speed competition.” To this, the article added the necessary imposition of a toll road: “Someday the State will supply such motorways—for the ultimate form of all highway traffic is certain to be of the motor-propelled sort—but until that time arrives the owner of the automobile will not object to paying for the boon of an ‘open road’ that is such in reality.”

Finally, the 1908 article also explained Vanderbilt’s vision for the project: “When its plans are fully consummated, the Long Island Motorway will supply an uninterrupted route across the island which, owing to its proximity to the metropolis, is destined to be the home of millions with business and social interests in New York City.” The L.I. Motorway continued to embody this spirit of progress, enduring as a private enterprise for nearly 30 years until a New York Times article, dated October 25, 1937, announced the 17-mile right-of-way was transferred from William K. Vanderbilt II to Suffolk County for public use, reflecting the trend towards State-operated highways predicted in the earlier article.

An October 9, 2008 New York Times article commemorating the “100-Year-Old Dream: A Road Just for Cars” added that to finance the parkway Vanderbilt and his associates raised $2 million from investors, some of whom were speculating on project’s potential to raise property values on Long Island’s Gold Coast. The road’s cost eventually rose to more than $6 million, and a $2 toll was established. Regular patrons of the highway could buy a medallion good for a year’s passage. Interestingly, according to the Times, even the toll houses were worthy of a Vanderbilt: the first six were the work of architect John Russell Pope, who designed the Jefferson Memorial and Theodore Roosevelt Rotunda at the Museum of Natural History in New York. The toll takers and families lived in the houses, which were called lodges. One of these has since been moved to Garden City, where it has been preserved and houses an exhibition on the history of the highway. The other lodges are thought to have become private homes.

In July 2, 1938 Brooklyn Daily Eagle reported the L.I. Motor Parkway had been officially closed to the public by Nassau Authorities, pending plans for its improvement and public development. According to the article, “First on the program w[ould] be removal of overhead bridges which constitute hazards to traffic on established public roads.” In addition, “Razing of several bridges, widening of county roads at the scene and grading of eliminated abutments [were] being planned for submission as WPA projects…”

The 2008 article also noted that fragments of the parkway still survive as Suffolk County Route 67, adding that radio traffic reports still refer to the road as the “motor parkway”. Another small stretch was incorporated into the Meadowbrook Parkway. The best place to see remnants of the road, in the article’s opinion, however, is Cunningham Park, Queens, where two of the 65 overpass bridges that carried it over other roads remain. One is at 73rd Avenue and 199th Street. Another crosses Hollis Hills Terrace. 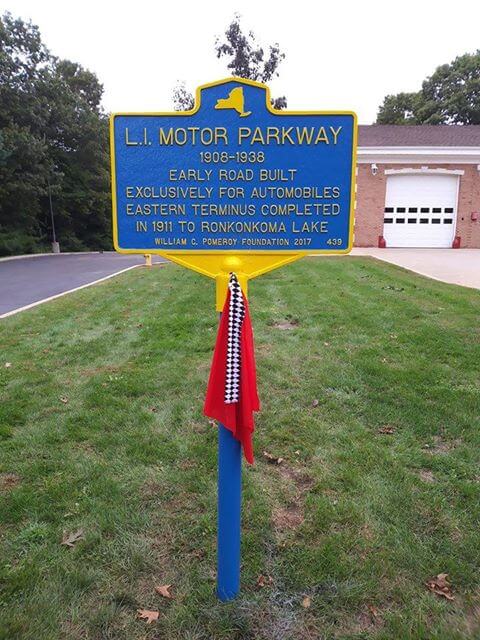 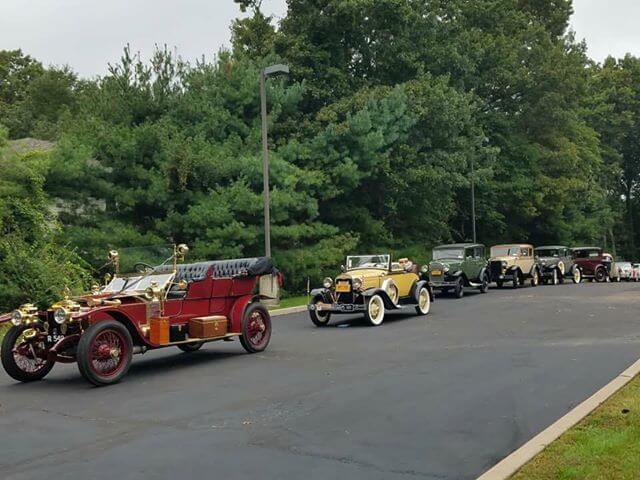