Elbridge G. Lapham was born in the village of Farmington, New York, in 1814. Lapham grew up in the area and attended the Canandaigua Academy. Initially he pursued a career in civil engineering, before he transitioned into studying law, and later entered politics. In 1881 he was elected as a U.S. Senator from New York State and served from 1881-1885, succeeding Roscoe Conkling. 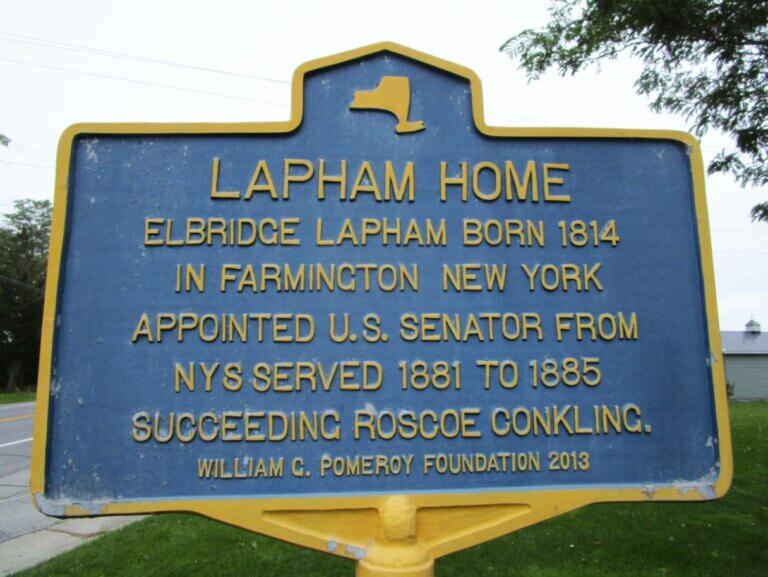 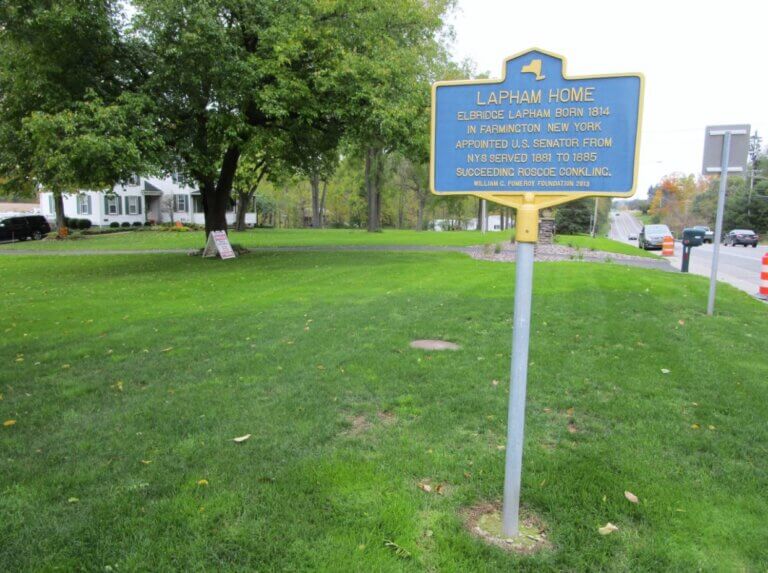 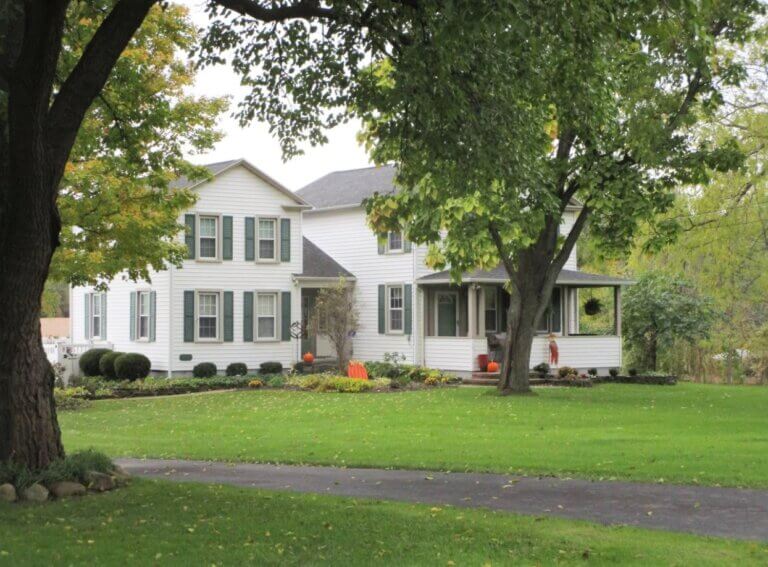