In 1871 local businessman, Adam Hersperger, purchased this plot of land and established the Chautauqua Lake Ice Company. During the winter months when the lake froze over, workers would harvest several tons ice blocks from the frigid waters of Chautauqua Lake and store them in large wooden warehouses known as ice houses. From there, these blocks were transported using the neighboring railroad. This local industry was extremely prosperous and flourished for several decades until it ceased operation around 1935. In September of 1936 the last ice house was demolished and the site was redeveloped to create a public park for area residents. 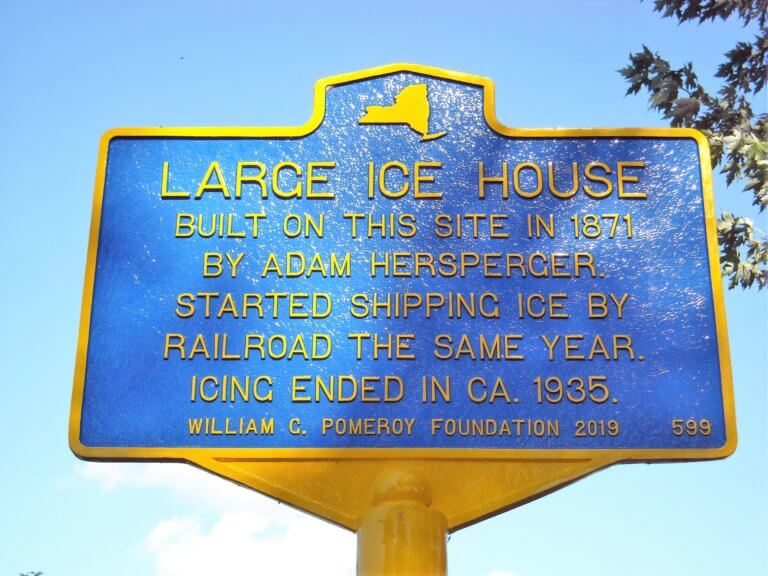 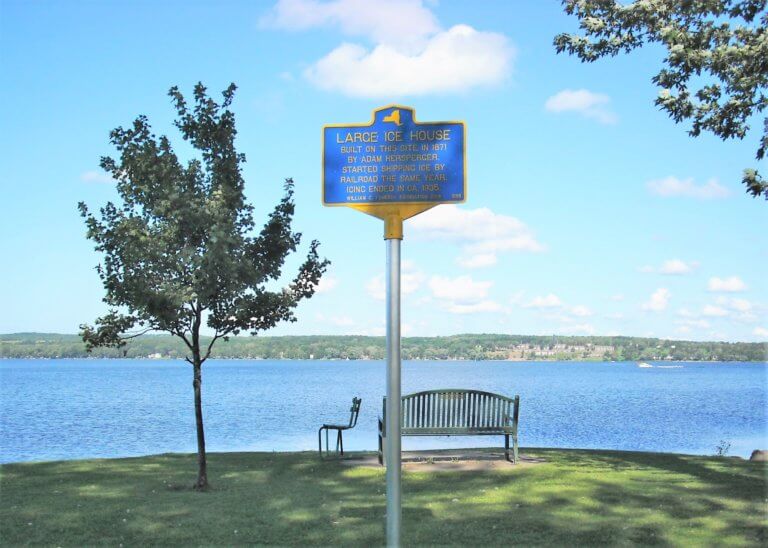