Burning limestone was an important early industry in this area. Quicklime was extracted for making plaster and mortar for building construction. Stone construction projects such as the Erie Canal required large amounts of quicklime for making mortar.

Limestone was, and still is, an important part of the geographical makeup of the Clarksville area, which is near where the farm and old lime kilns reside. According to an article titled “Historic Clarksville Cave” and published by Northeastern Cave Conservancy, Inc., the same limestone rock that makes up the caves in the area was an important “source of livelihood for many area residents after 1800.” The article continued on to mention how “the lime burning industry was of vast importance and significantly contributed to the growth of Clarksville.” Many residents of the Clarksville area constructed lime kilns, and the National Park Service details the process of burning quicklime, noting that limestone mixed with sand creates a hardened substance. The product can be used to make plaster or mortar, and its use in stone construction products can be seen in projects such as the Erie Canal.

Originally owned and leased by Stephen Van Rensselaer, the property was eventually split and sold to the Allen family in 1850. Part of the deed details that permission was given to Andrew Allen to quarry limestone from the farm. Allen lived and worked on the farm until his death, at which time his widow, Catherine, took over. Catherine then sold the farm to Charlotte Shields in 1902. Shields in turn leased it to David H. Miller beginning in 1905. In 1913, Miller purchased the land, and farmed it until his death. At the time the marker was installed in 2015, the farm was owned by Albert Miller, Jr. and his wife Judee, and the property still had two remaining lime kilns. 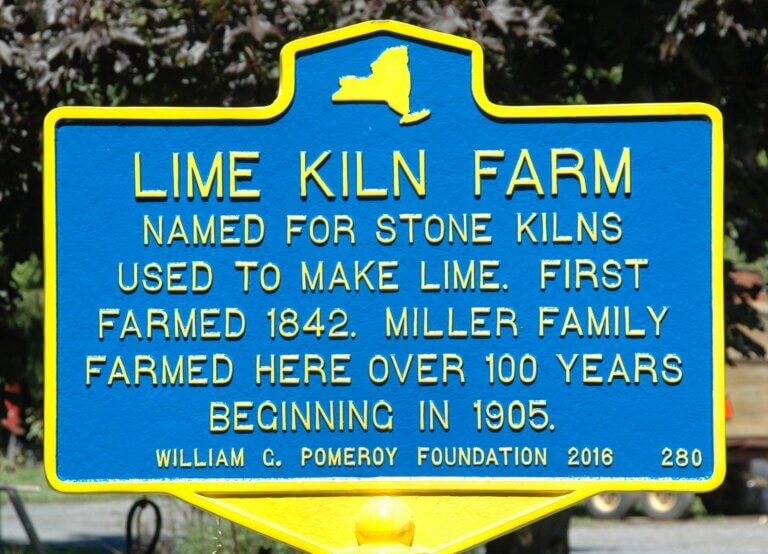 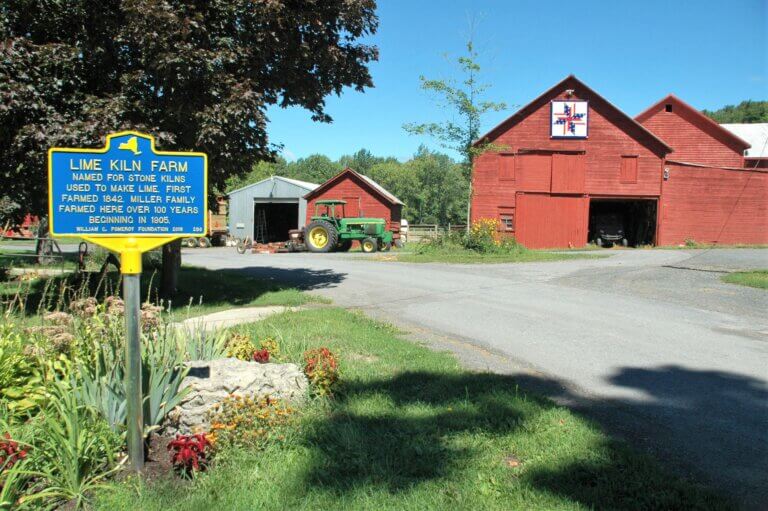