The village of Lansingburgh, New York, located along the Hudson River near the city of Troy, was once the home to a thriving textile industry. Troy was one of the top producers of cuffs, collars and shirts in the U.S. and was responsible for employing hundreds of men and women from the surrounding area. It was at this site around 1884, that proprietor of the United Shirt and Collar Company, James K.P. Pine built the Lion Factory which for several decades manufactured men’s shirts and detachable collars.

Prior to building the Lion Factory, James K.P. Pine had been an investor and partner with other prominent Troy clothing and collar magnates, including Cole, Dyer, and Hamlin. (History of Rensselaer Co., 1880) In 1884 construction Pine’s new factory began, breaking ground March 29 of that year. Pine also had a new dock on the Hudson River constructed where soil excavated for the cellar of the factory was deposited. (Lansingburgh Courier, Mar. 13 & 29, 1884) By April plans for the building were completed by architect M.F. Cummings, and it was estimated the building would be complete by fall. It would be the largest building in the village, with four stories, a cellar, and proportions of 53 feet by 150 feet tall. (Troy Daily Times, April 17, 1884) The building was expanded and upgraded several times over the years, including a major addition to the main building in 1899. (Troy Daily Times, Oct. 18, 1899)

Detachable collars and cuffs were very popular in the 19th century. They were reportedly invented in Troy around the year 1825 by the wife of a blacksmith who concluded that her husband’s shirts would not need to be washed as often if the collar could be washed separately. It was also a cheaper way to give the impression of a larger wardrobe in an era when most people only had a few shirts. Several years later the invention was  commercialized by Reverend Lyman Bennet, a prominent Troy businessman, who opened one of the earlier collar factories in 1834. (Department of Commerce, 1916)

By the end of the 19th century, Troy was home to a thriving industry in detachable collars and cuffs which was “…the most extremely localized industry in this country.” (National Fire Protection Association Quarterly, 1907) Measured in dollar value, in 1909 over 92% of collars and cuffs in the United States were manufactured in New York State, and over 80% from the cities of Troy and Albany alone. At the time, no other industry with a similar value of production was nearly as centralized. A small collar factory owner interviewed by the Department of Commerce in 1916 claims that the reason for this centralization was largely due to the need for a highly skilled workforce and the relatively limited introduction of mechanization into the production process. This manufacturer claimed that multiple attempts by Trojan companies to start collar factories in other states failed because they weren’t able to train skilled laborers in a reasonable amount of time. (Department of Commerce, 1916)

Due to this extreme localization and demand for skilled labor, average earnings per worker in Troy and Albany were relatively higher in the shirt, collar and cuff industry than elsewhere in the state or country. The Lion Factory employed an average of almost 600 of these workers in 1896, and of those 500 were women and around 200 were under the age of 21. (11th Annual Report of Factory Inspectors, 1897) 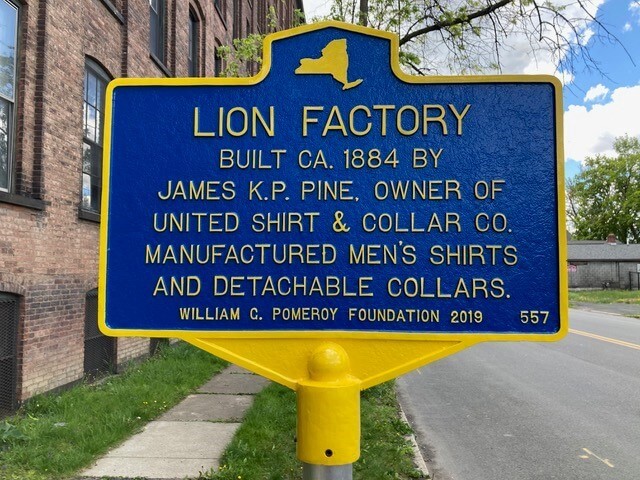 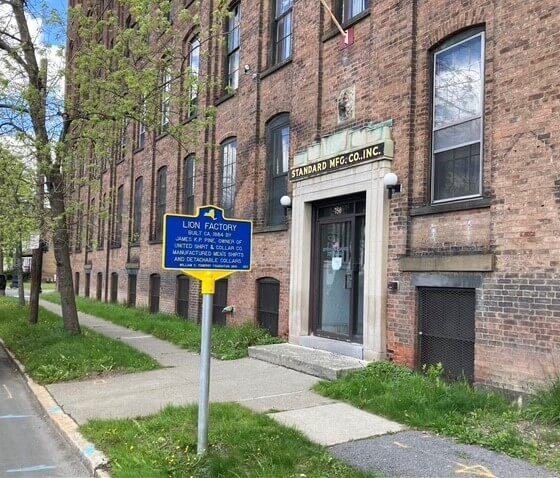 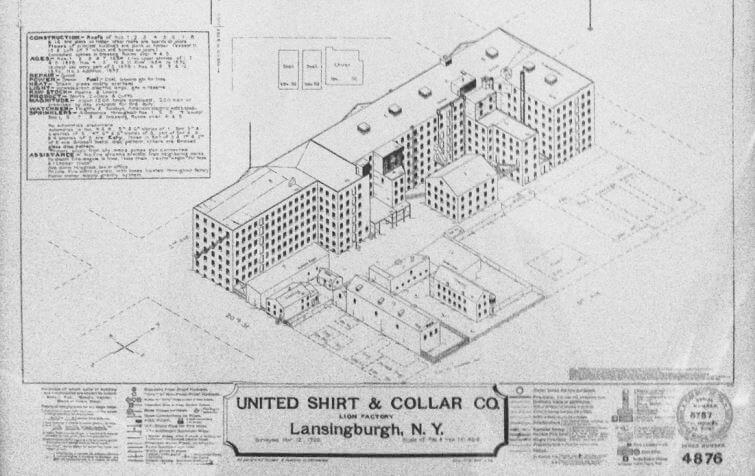