Some consider the Erie Canal one of the most significant feats of modern engineering by how it revolutionized the transportation of goods and people from east to west. Crisscrossing the diverse geography of New York State, this artificial waterway featured bridges, locks, and aqueducts to allow boats to move easily along the canal. Similar to an elevator, locks moved boats from a higher water level to a lower water level using watertight gates. Locktenders were stationed at these sites and assisted with the opening and closing of the gates. Lock 51, located west of Jordan, operated from circa 1858-1917.  A small locktender’s house was located here as well. This structure is where the individual who worked Lock 51 lived and worked while the canals were in operation. When the canal closed, the locktender’s house was abandoned and fell into disrepair. In 1988, the community saved the building and moved it near the Jordan-Elbridge Middle School, where, as of 2019, it still stands. 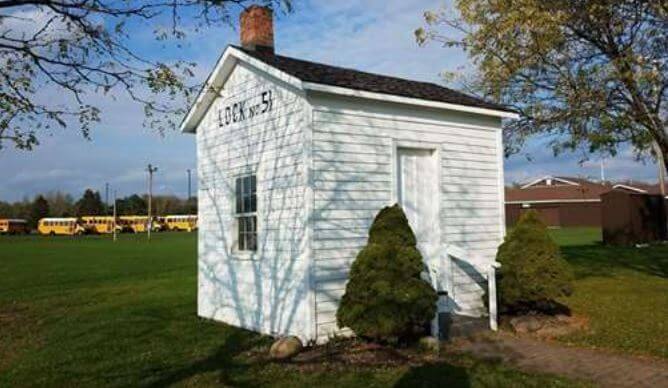 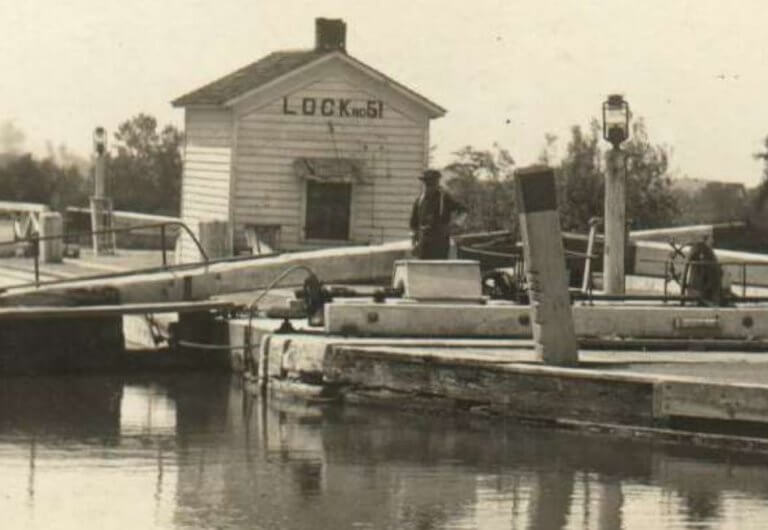