Madison County was formed in 1806. Four years later, the Village of Cazenovia was designated as its county seat. This decision would be short lived as per James H. Smith’s 1880 book, History of Chenango and Madison Counties, NY, which states that due to demand for a more central location, the county seat was relocated to the Village of Morrisville in 1817. The first court proceeding was held in Morrisville’s new courthouse on October 7, 1817. After several decades of civic use, in 1849 the courthouse building was rebuilt with sturdier materials. In October of 1865, the courthouse burned down. The cause of the fire remains unknown to this day, but many Morrisville locals at the time believed that it was a ploy created by the Loomis Gang, an infamous crime family in Central New York.

Undeterred, the courthouse was once again rebuilt in 1866. This third and final courthouse building is a two story rectangular building that counts four columns along the front facade and a bell tower on top. It originally contained a court room, jury rooms and library.

In 1909 the county seat was moved to the Village of Wampsville. The former courthouse, was re-purposed for use as an academic and administrative building within the newly established New York State School of Agriculture (now SUNY Morrisville). It was utilized for classes, assemblies and graduations until the late 1970s. Madison Hall received recognition in 1978 when it was placed on the National Register of Historic Places.

A decade later, community members and college associates formed the not-for-profit Madison Hall Association, Inc. with a mission to “preserve the Hall from destruction, to restore it to useful life, and to operate the building as a recreational and cultural resource for the general public” (Madison Hall website, 2019). Since then, the Hall has been restored and utilized for many public and private events such as weddings and farmers’ markets. 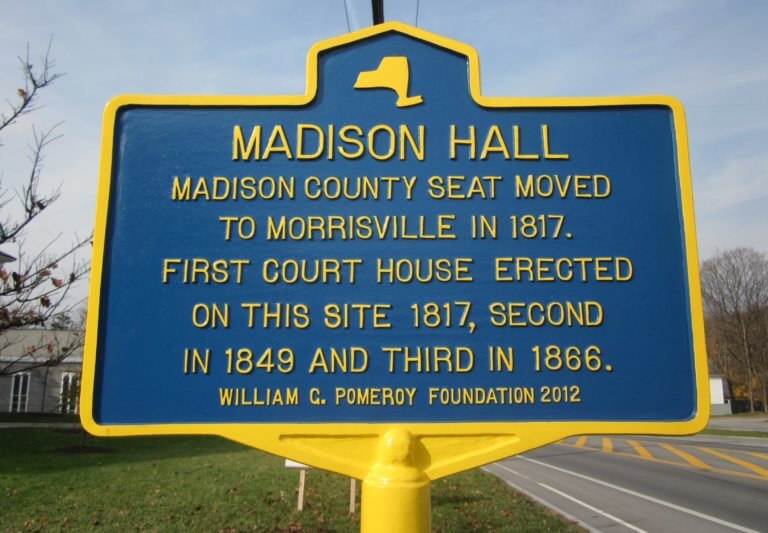 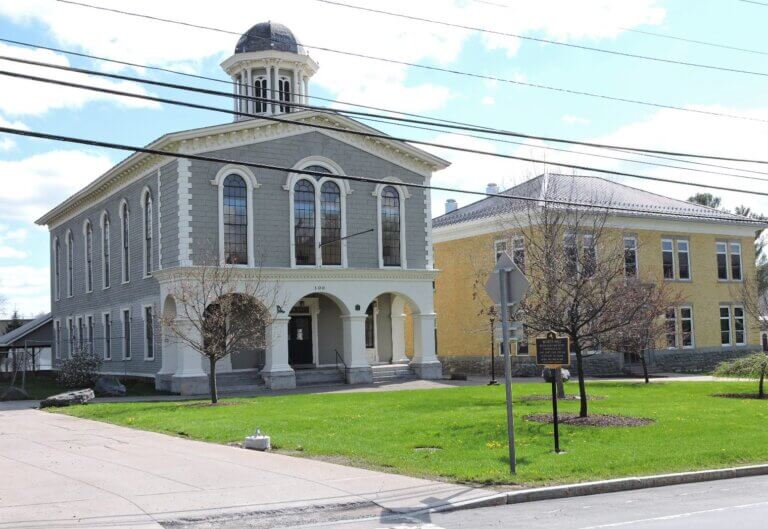