A small, unassuming waterway called Maltanner Creek runs through the outskirts of the Town of Fairfield. While small, it has a surprisingly lengthy history that predates the America Revolution.

Despite an Irish birth, Sir William Johnson (1715-1774) had close ties to the British Empire. According to 1976 biography Sir William Johnson, Colonial American by Milton Hamilton, Johnson lived with his uncle during his first few years after immigrating to America. His uncle lived among the Six Nations people (Haudenosaunee).  As a result, Johnson had many interactions with the Haudenosaunees and “learned their language, discovered their forms of social conduct and their government, and hence learned to work and speak in their terms.” This knowledge resulted in him being appointed British Superintendent of Indian Affairs. Later on, Johnson commanded British forces during the French and Indian War.  For his service, he received a personal gift from the King a “deed to 99,000 acres” (for land in modern day Fairfield, NY) that he named Kingsland or the Royal Grant (Mohawk Baronet, James Thomas Flexner, 1989).

Around 1770, Sir William Johnson sent three tenant families to reside on his Royal Grant. These families were “Maltanner, Goodbread or Goodbrodt and Shaver or Shaffer” (A History of Herkimer County, Nathaniel S. Benton, 1856). They selected lots 47, 48 and 49 according to the 1857 Plat Map of the Town of Fairfield. These lots bordered the creek and therefore explains how Maltanner Creek came to be named. Each family was promised a “three-lives-lease title to 105 acres” (The Frontiersmen of New York, Jeptha R. Simms, 1883). This applied in 1800 when the wife of John Maltanner, the head of the Maltanner family, went to Surrogate’s Court after her husband’s death. She was able to keep the property because John “held a lease from Sir William Johnson for his own life and the life of his two sons” for the land (1800 Herkimer County, NY Surrogate Court Records). 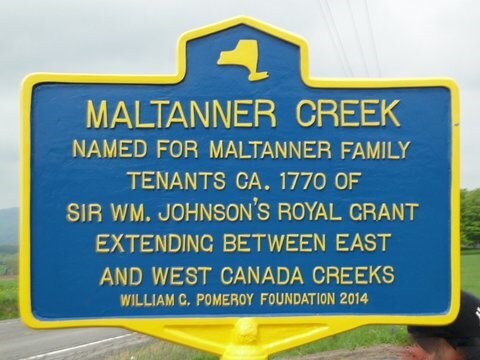 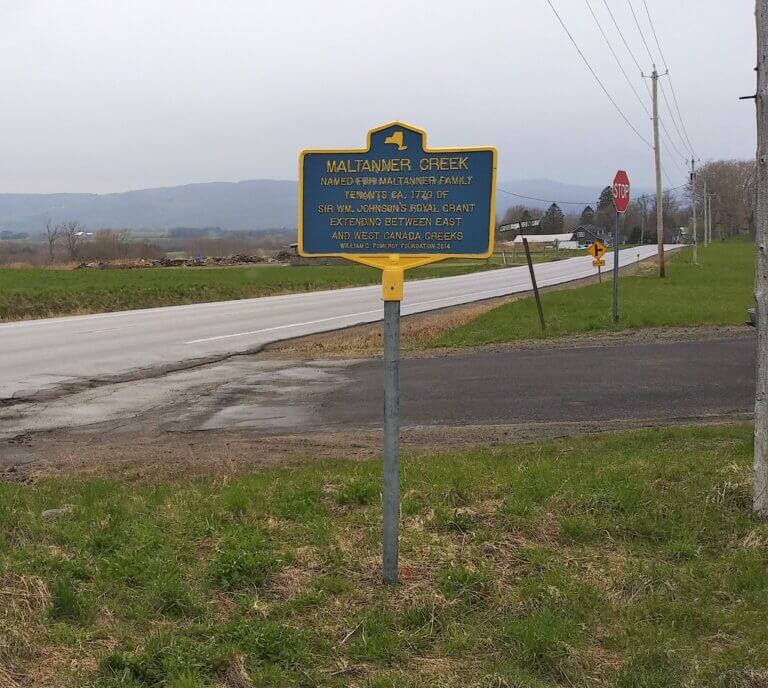