Mamie Thurman was a beautiful and fashionable 32-year-old resident of Logan, West Virginia, located deep in the coalfields of Appalachia. In 1932, she was viciously murdered under suspicious circumstances, and her disgruntled spirit is said to haunt Trace Mountain to this day.

Mamie and her husband, police officer Jack Thurman, had for eight years rented a two-room backyard garage apartment in Logan from Harry Robertson, a local banker and president of the city commission. Another tenant lived in the Robertson house attic, Clarence Stephenson, an African American handyman and chauffeur.

On June 21, 1932, Mamie was seen around 9 p.m. in a blue polka dot dress walking near a theater in Logan. The next day, while picking blackberries on Trace Mountain, a young man made the gruesome discovery of Mamie’s mutilated body. As none of her possessions were taken, robbery was ruled out as a motive.

After an initial police investigation found blood stains in the Robertson home and car, Harry and his handyman Clarence Stephenson were arrested on murder charges. Ultimately, only the handyman was convicted of Mamie’s murder and sentenced to life in prison.

To this day, doubts remain of Stephenson’s culpability, including by members of the Thurman family and Mamie’s half-brother George Morrison, Jr., a retired Assistant District Attorney from New Mexico. Morrison visited Logan years later and eventually wrote a book based on testimony from the trial that cast doubt on Stephenson’s guilt. Was Stephenson framed for the heinous crime committed by more affluent townspeople? Many stories of local intrigue have been mentioned over the years.

The legend of Mamie Thurman lives on with reported sounds and sightings of a ghostly feminine figure in a bloodstained blue polka dot dress restlessly wandering the lonely hillside where Mamie’s body was once found, sobbing, wailing, and seeking justice for her murder. 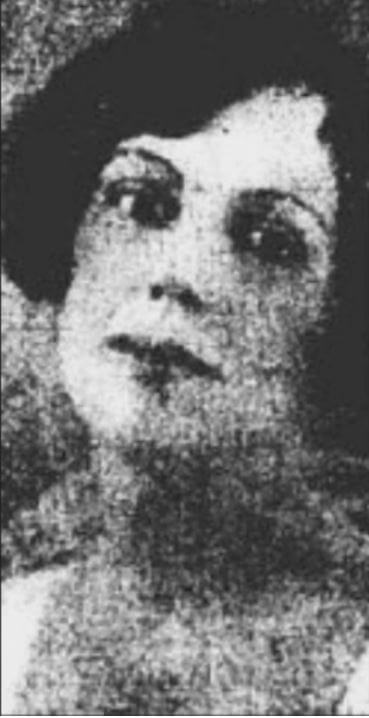