Historically, trains have played a significant role in the growth of communities across the nation.  Before the introduction of trains and expansion of the railroad, Long Island was largely unpopulated and used for farmland. All this changed with the establishment of the Long Island RR (LIRR). Trains transported people from the bustling metropolis of New York City into the countryside of Long Island, which dramatically increased the growth of the population.

Forge Station was established on this site in 1882. In 1892, it was renamed Mastic Station. After operating for nearly 80 years, the station stop was discontinued on July, 15 1960. Shortly afterwards, in August 1960, the stop was moved 7,010 feet west on Mastic Road, the original station house subsequently demolished to make way for a parking lot.

Long Island Rail Road, Alphabetical Station Listing and History, compiled by Dave Keller, et. al. adds that Mastic-Shirley station was built as a replacement for the former Mastic station. Service for the new station began July 15, 1960. Later, in July 1999, high-level platforms and a shelter were installed to accommodate the newly-arrived C3-level cars which were placed in service by LIRR.

Personal recollections of Mastic Station recorded by Ken Spooner’s web archives, express a sense of nostalgia and regret over the demolition of the old station. “I have a lot of good memories… Meeting my grandmother who often came out from Jamaica… Watching the engineer grab the messages from the station master as he came clanging in. The potbelly stove inside.” Further, the architecture of the old station “connected me to a time I could only read or still hear stories about. Imagine what it was like when three boxcars were off loaded in 1882 full of material to build…” Historical photos attributed to Arrts Archives, a Long Island Railroad photo website, record Model-T Fords parked out front, and by the 1950s, a nearby coffee shop called “The Shack.” “I think even those who campaigned for its demise and replaced it with that bomb shelter down the track to the west might agree if they saw what that looks like today” Spooner laments.

In 2019, Mastic-Shirley station was a stop along the Montauk Branch (Fare Zone 12) of the Long Island Rail Road located at William Floyd Parkway and Northern Boulevard, just south of NY 27A. 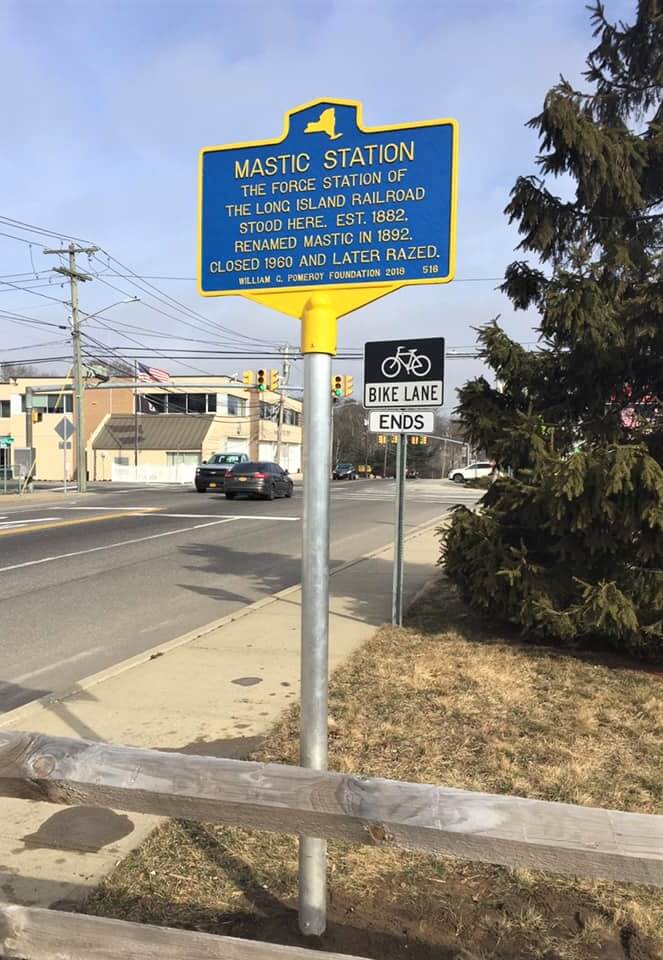